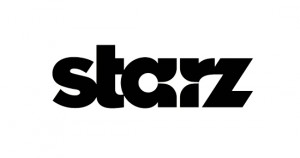 Written by David S. Goyer, co-writer of blockbuster and critically-acclaimed films Batman Begins, The Dark Knight and writer of the highly anticipated Man of Steel, the eight-episode series is scheduled to begin production in early-2012.

“Da Vinci’s Demons” is David Goyer’s historical fantasy, following the “untold” story of the world’s greatest genius during his raucous youth in Renaissance Florence. Brash and brilliant, the twenty five-year old da Vinci is an artist, inventor, swordsman, lover, dreamer and idealist. As a free thinker, with intellect and talents that are almost superhuman, he struggles to live within the confines of his own reality and time. He begins to not only see the future, but invent it.

David Goyer commented, “Da Vinci was the original Renaissance man — a near-mythic figure that has world-wide appeal. After working with characters like Batman and Superman, it made a strange kind of sense for me to dive into the facts and legends swirling around his origins. This will be a show about secret histories, genius, madness, and all things profane. And I’m particularly excited that I get to do it on premium cable, where the story can be as dark and challenging and irreverent as it deserves to be. Starz and BBC Worldwide Productions have been nothing but supportive.”

Zlotnik said, “David has reimagined some of the most iconic superheroes of all time, and is again building an extraordinary prism through which to rediscover the world’s greatest genius and most mysterious man. If modern day has Tony Stark, the Renaissance had da Vinci. This is a story we believe will captivate the imaginations of audiences around the world and is the first of what we expect to be many productions with our talented partners at BBC Worldwide Productions.”

Jane Tranter, Head of BBC Worldwide Productions, said, “The young life of this incredibly complex and brilliant man has not yet been explored. With David Goyer, whose imagination has created juggernaut and iconic theatrical features, coupled with the premium presence of Chris Albrecht, Carmi Zlotnik and their Starz team, we couldn’t be more passionate about bringing this story to U.S. viewers and international audiences.”

BBC Worldwide Productions started its scripted efforts when Jane Tranter, former Controller of BBC Fiction, arrived to run the company in January 2009. Shortly thereafter Julie Gardner, former Head of Drama, BBC Wales, joined as SVP, Scripted, BBC Worldwide Productions. Tranter and Gardner have been responsible for a plethora of titles in their careers including “Doctor Who,” “Torchwood,” “Little Dorrit,” “Bleak House,” “Girl in a Café,” “Ashes to Ashes” and “State of Play.” “Torchwood: Miracle Day” was the first scripted series produced by BBC Worldwide Productions, recently wrapped its run on Starz. The company has over 20 scripted projects in sold development with various cable and network partners as well as 10 unscripted series currently in production.