E.V.A.: Michael Rooker and Sean Gunn Just Added to the Guest List for Motor City Comic Con this May! 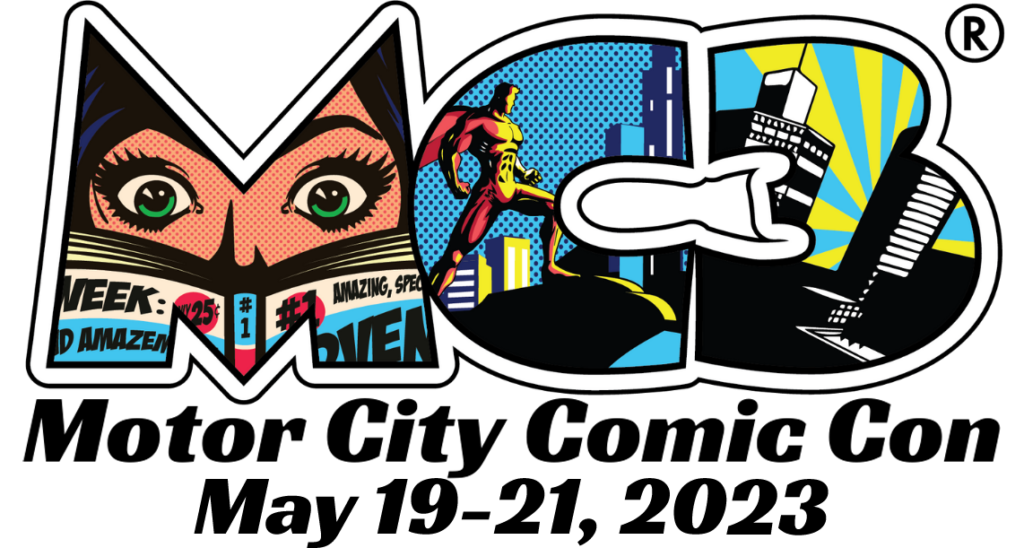 largest and longest running comic book and pop culture convention since 1989, is thrilled to announce that Guardians of the Galaxy stars Michael Rooker and Sean Gunn along with writer, Andy Lanning will be attending this spring’s convention. In addition, another comic creator Sara Richard, will also be appearing at the convention running May 19 – 21, 2023.  Sean Gunn, Andy Lanning and Sara Richard will be attending all three days and Michael Rooker will be attending Saturday and Sunday. These guests have added to the list of recently announced guests including James Arnold Taylor, Matt Lanter, Ashley Eckstein, David Ramsey, Emily Bett Rickards, Stephen Amell, Tara Platt, Yuri Lowenthal, Catherine Tate, Kayden Phoenix, Mick Foley, Cory Hamscher, William and Bonnie Daniels, Jonathan Frakes, and Brent Spiner.  The annual Motor City Comic Con returns for the 34th year and will take place at the Suburban Collection Showplace located at 46100 Grand River Ave. in Novi, Michigan. To purchase tickets and for more information, please visit www.MotorCityComicCon.com

END_OF_DOCUMENT_TOKEN_TO_BE_REPLACED

GUARDIAN OF FUKUSHIMA features a forward written by Roland Kelts, the Tokyo-based writer, journalist, scholar, and 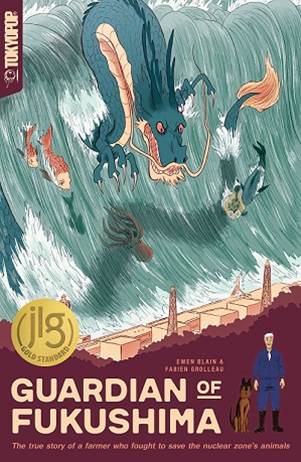 renowned authority on Japanese culture.  Bonus content in TOKYOPOP’s edition includes photographs of the disaster and its aftermath by acclaimed photographer and Fukushima resident, Ko Sasaki, along with photography and information about the tragedy by TOKYOPOP founder and Pray for Japan filmmaker, Stu Levy.

“When I discovered Matsumura-san’s life in the forbidden zone of Fukushima, I immediately was in awe of this man’s courage, modesty, and nobility,” recalls GUARDIANS OF FUKUSHIMA author Fabien Grolleau. “His story is full of hope and resonated with themes I was keen to explore as an author, such as ecology and nature, and with the vision I had of Japanese myths that I wanted to share through comics.”

END_OF_DOCUMENT_TOKEN_TO_BE_REPLACED

Get knocked out by the new 4K contender – 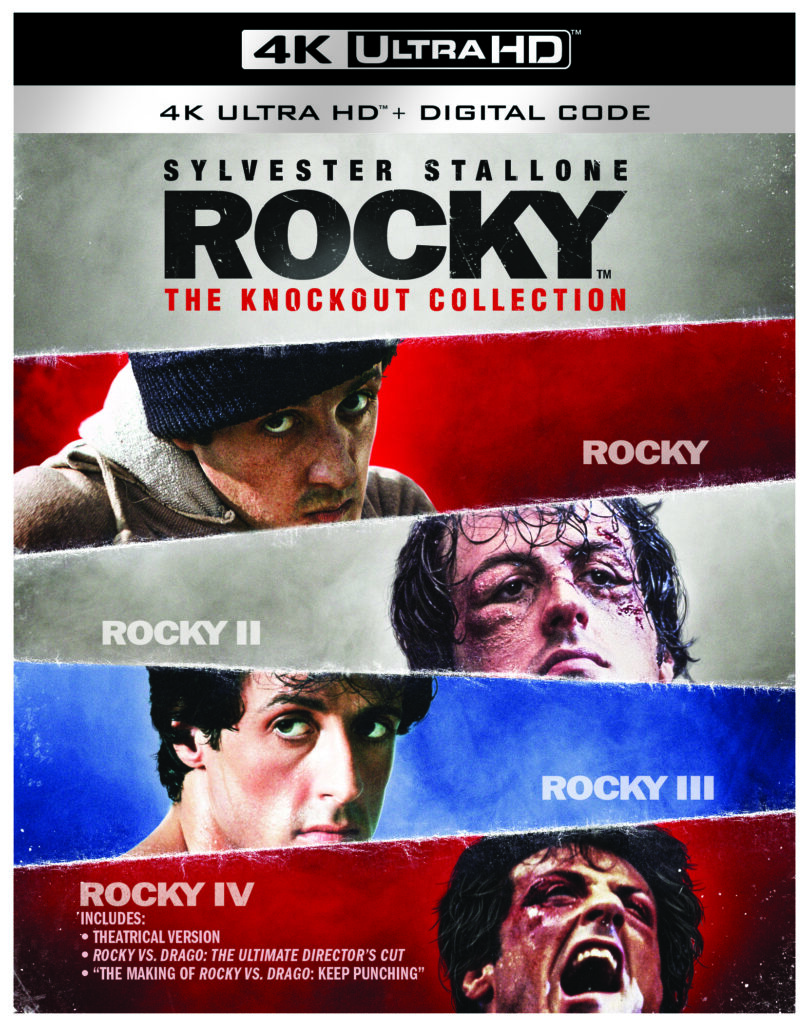 the ROCKY I-IV 4K 4-Film Collection newly remastered in stunning 4K Ultra HD. Sylvester Stallone stars in the greatest boxing saga of all time and triumphs as one of the most inspirational characters in cinematic history. Witness every epic, action packed fight and unforgettable moment as Rocky punches his way to the top against impossible odds when the ROCKY I-IV 4K 4-Film Collection is released on Ultra HD Blu-ray Combo Pack on 02/28/23.

END_OF_DOCUMENT_TOKEN_TO_BE_REPLACED 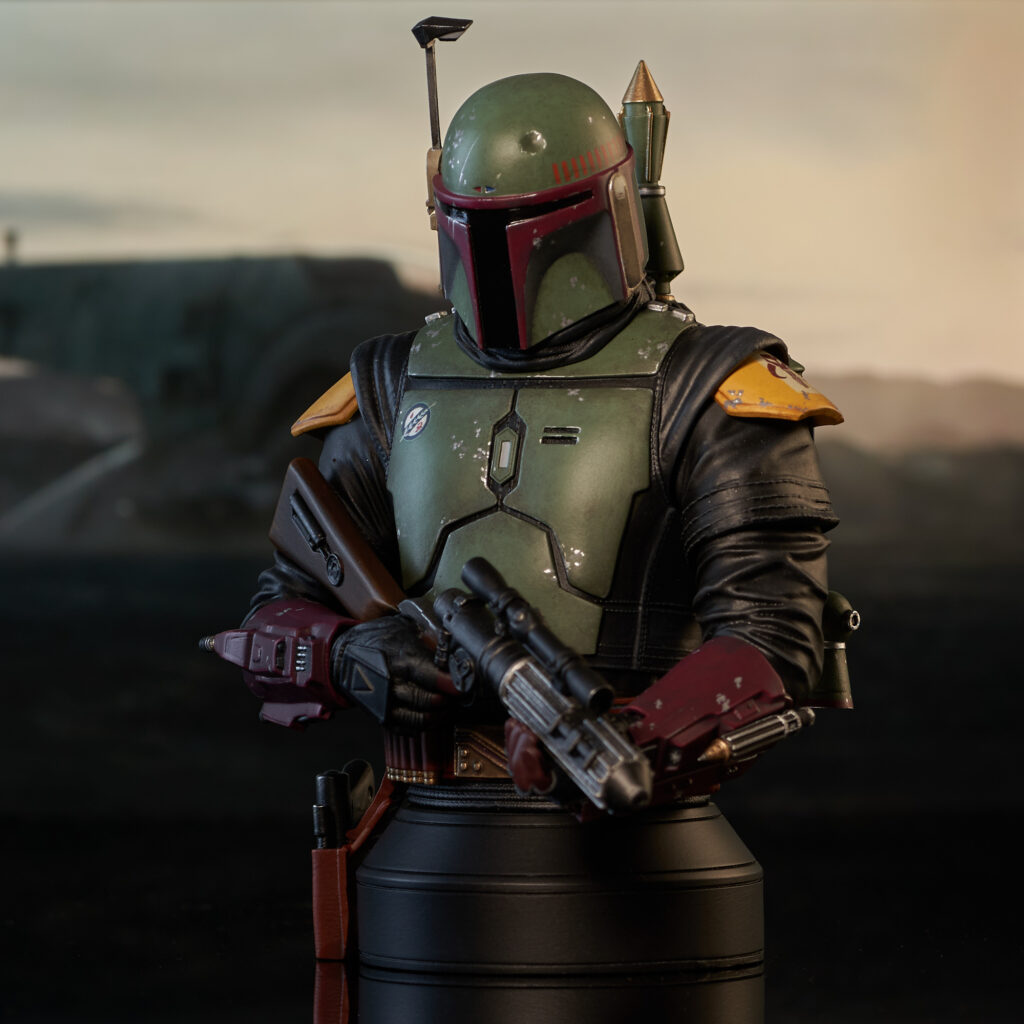 new toys to hit your local comic shop! This week, a whopping 11 items from Diamond Select Toys and Gentle Giant LTD are hitting stores, based on the worlds of Marvel and Star Wars, and they range from animated-style to comic-style to movie-style! Read on for details, then find a store near you at comicshoplocator.com! Or order online at diamondselecttoys.com and gentlegiantltd.com!

END_OF_DOCUMENT_TOKEN_TO_BE_REPLACED

Yesterday, Hasbro had a fanstream announcing 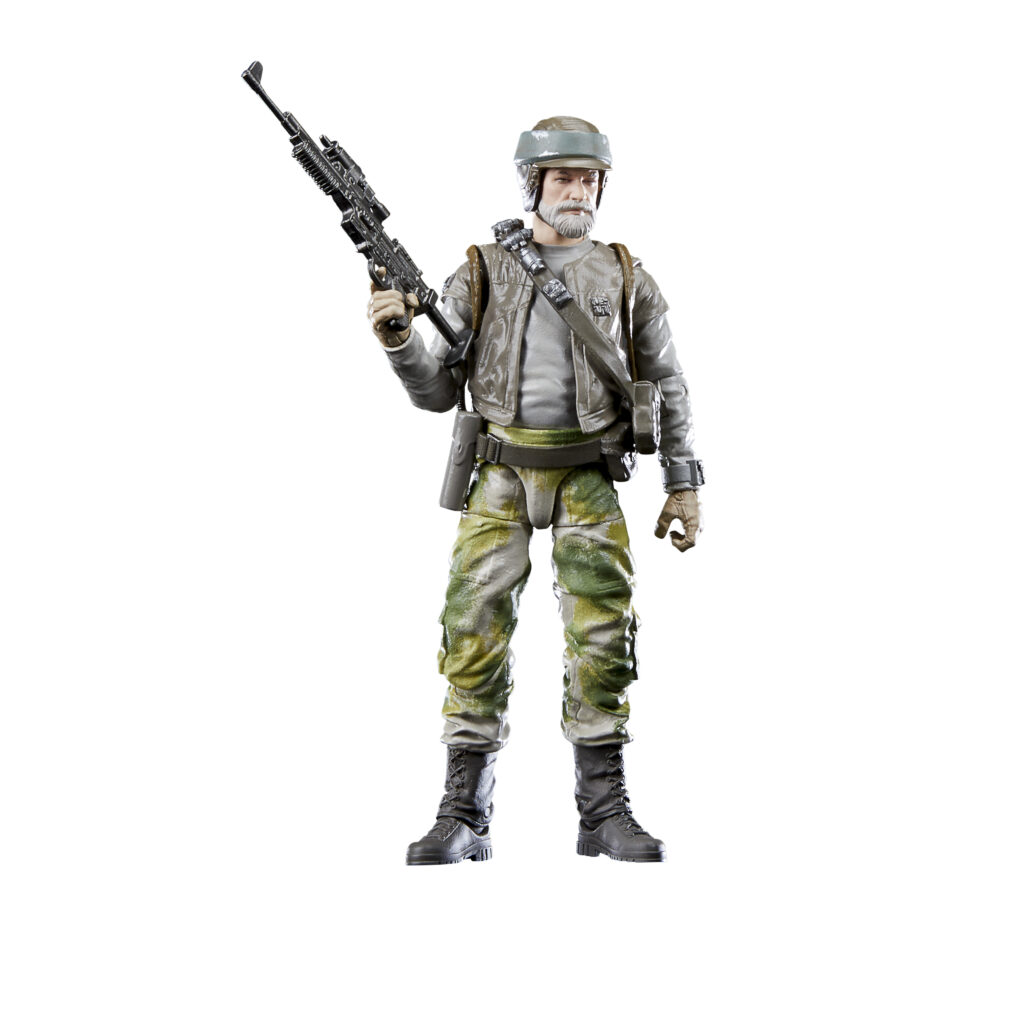 new Star Wars figures coming out later this year. One of the figures announced is one that fans have been waiting for, which is the Star Wars Black Series Rebel Endor Commando. The Endor Trooper is just one of the fantastic figures that are going to be released.

Among the products announced is a Black Series Revenge of the Jedi Darth Vader figure, which is a Star Wars Celebration Exclusive, a Retro Mandalorian figure and prop replica Biker Scout helmet.

END_OF_DOCUMENT_TOKEN_TO_BE_REPLACED 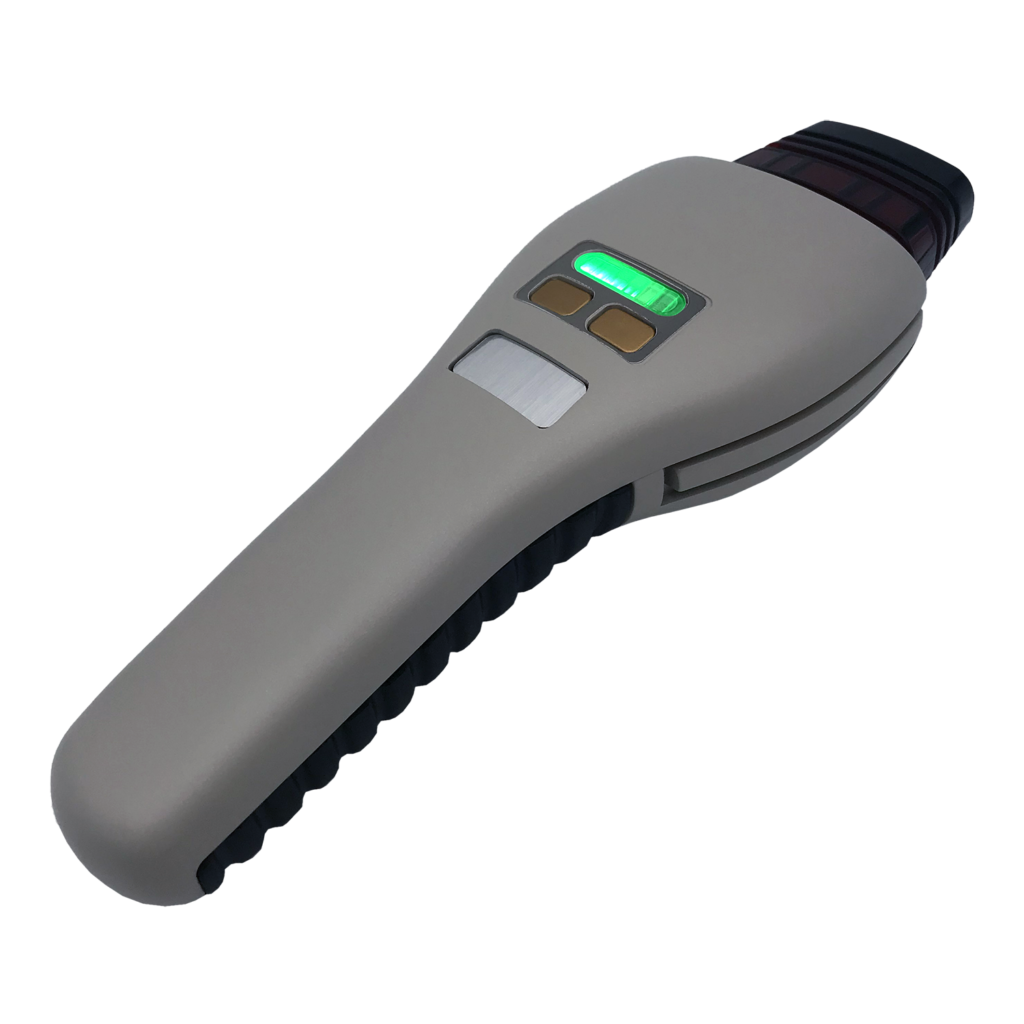 As seen in the iconic TV series Star Trek: The Next Generation, Type-2 Phasers were issued to Starfleet personnel during the early 2360’s and are larger and more powerful than Type-1 Phasers. Unofficially referred to by production as ‘The Dust Buster,’ they were intentionally designed to be sleek, free-flowing and less pistol-like than previous prop Starfleet weapon iterations.

END_OF_DOCUMENT_TOKEN_TO_BE_REPLACED

After a successful 2022 campaign, 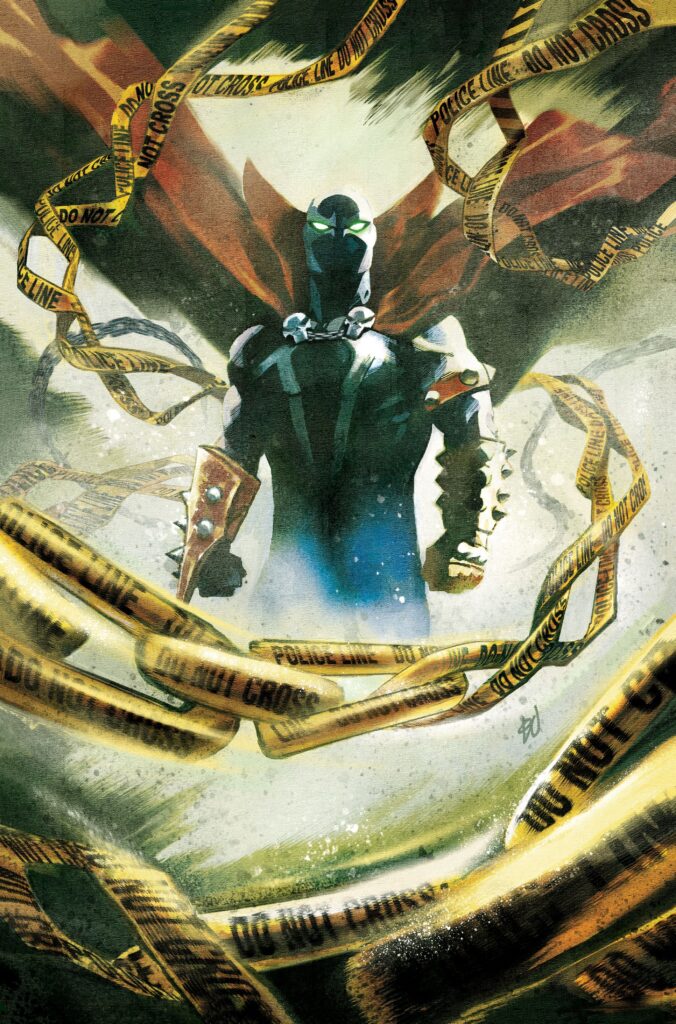 Todd McFarlane is showing that his record-breaking character SPAWN is far from slowing down with the release of a NEW mini-series. Spawn: Unwanted Violence is a standalone two-part series written by Todd McFarlane with impressive artwork by Mike Del Mundo. Vol. 1 of the series was released on January 11th being met with high fan praise.

McFarlane touches on several social justice issues in the series as Spawn finds himself in the middle of a peaceful protest, that is beginning to escalate. Vol. 1 ends with a shocking escalation of events that forces Spawn to take matters into his own hands. Vol. 2 wastes no time jumping back into the story as Simmons witnesses the social injustice that this country is facing and is forced to take action.

END_OF_DOCUMENT_TOKEN_TO_BE_REPLACED 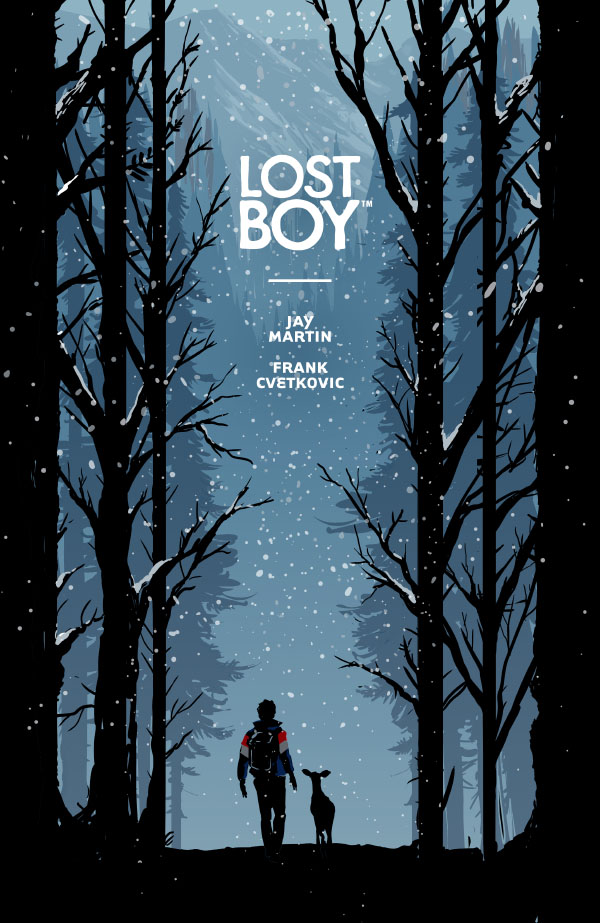 music video director Jay Martin to bring you a gripping new tale in Lost Boy! This graphic novel features a beautiful and heartwarming story of a young boy’s journey of survival and remaining kind in the face of adversity. Written, drawn, and colored by Jay Martin, the graphic novel also features lettering by Frank Cvetkovic.

After a deadly accident in the remote Wyoming wilderness, a young boy escapes alone. Stranded, freezing, and isolated, he struggles to stay alive as he attempts to find his way back to civilization. Along the way, through extreme tests of will, courage, and endurance, he discovers what it means to be tested, and learns the secret to survival isn’t always what you think.

END_OF_DOCUMENT_TOKEN_TO_BE_REPLACED 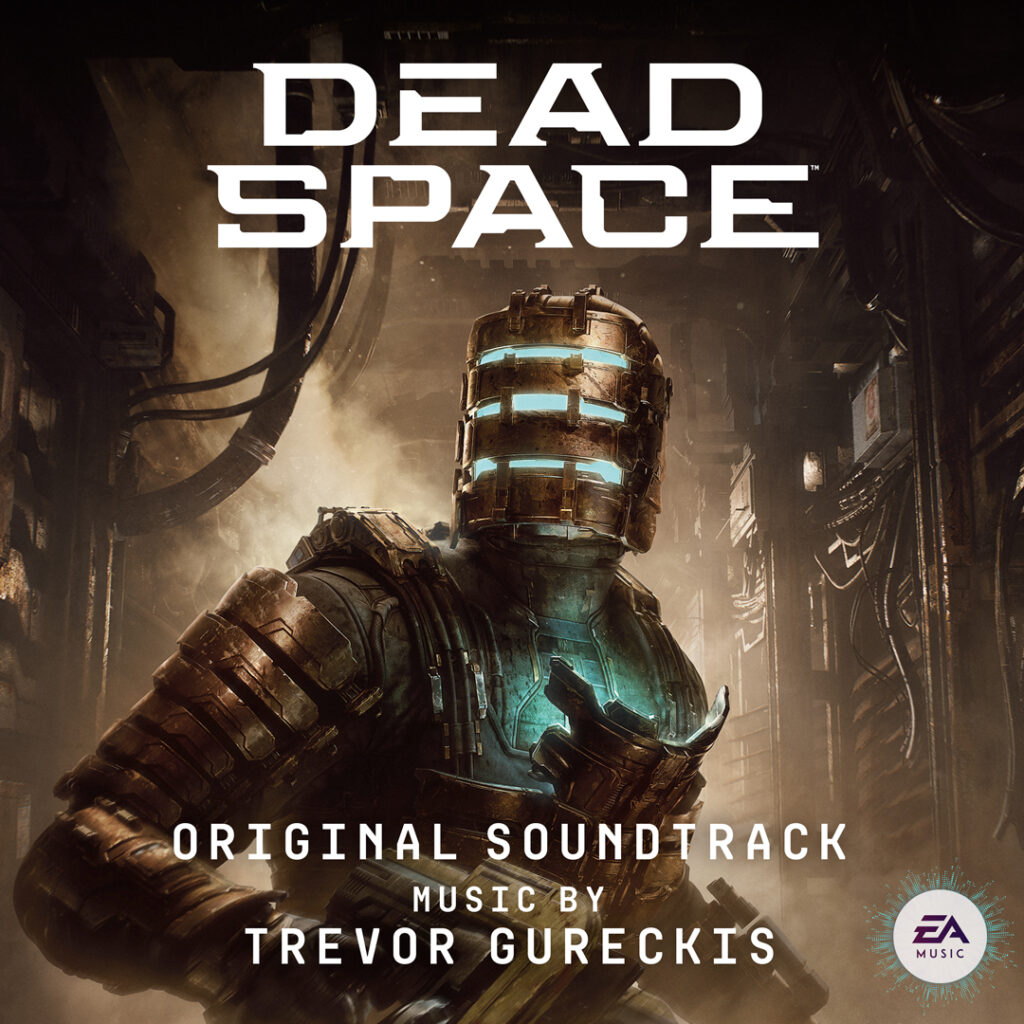 January 27, 2023 for PlayStation®5, Xbox Series X|S and PC. Dead Space is a remake of the classic sci-fi survival horror game that is being rebuilt from the ground up leveraging the Frostbite™ game engine. Still remaining true to the original game’s thrilling vision, the remake offers enhanced audio and crisp, harrowing visuals that have been carefully reimagined to evoke a new level of immersion and quality.

END_OF_DOCUMENT_TOKEN_TO_BE_REPLACED

Earlier today, Hasbro gave fans a look at the 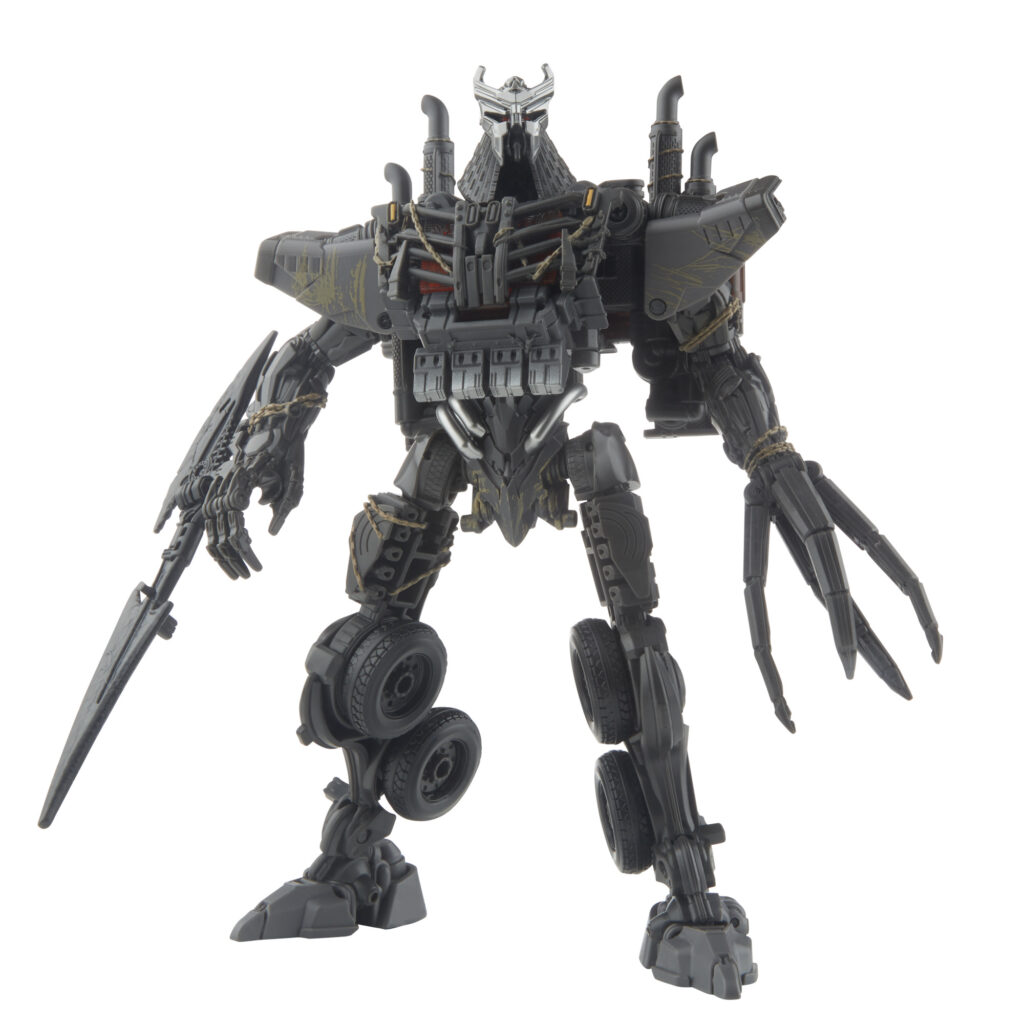