Vids: The True Story of “The Miracle on the Hudson” Comes Home with Warner Brothers Sully

Witness the dramatic and heroic story behind the 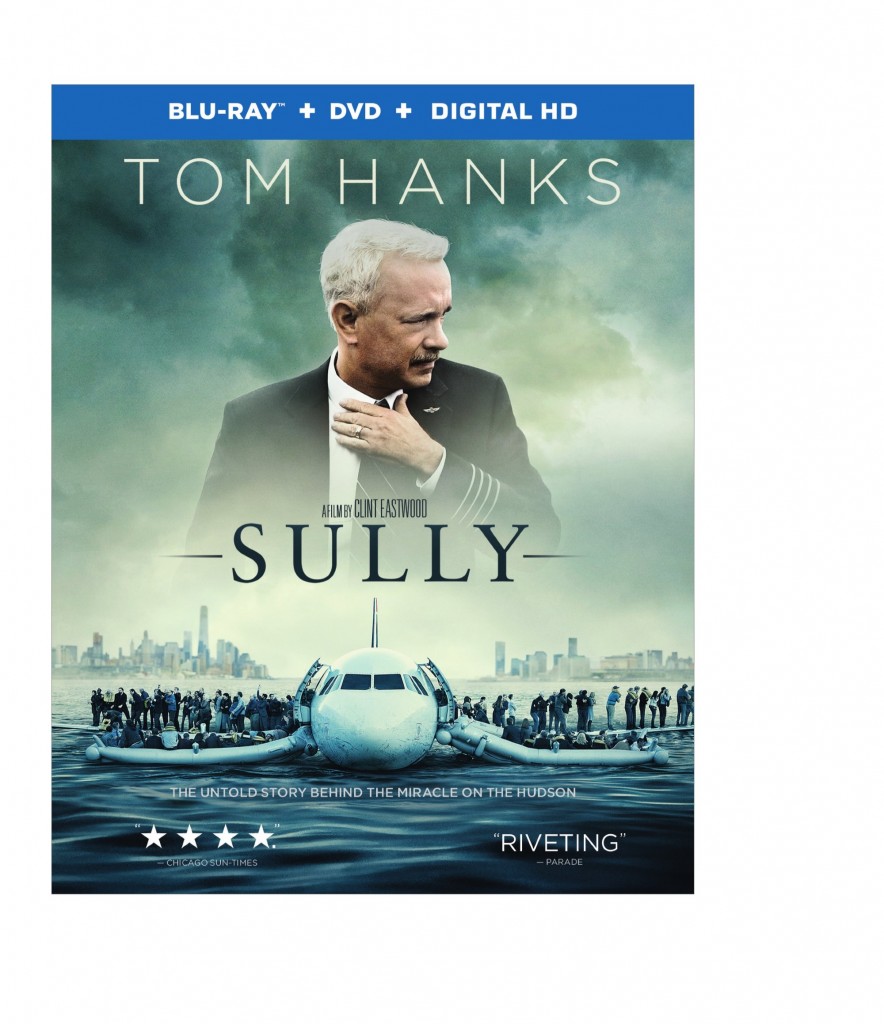 On Thursday, January 15th, 2009, the world witnessed the “Miracle on the Hudson” when Captain Chesley Sullenberger glided his disabled plane onto the frigid waters of the Hudson River, saving the lives of all 155 aboard. However, even as Sully was being heralded by the public and the media for his unprecedented feat of aviation skill, an investigation was unfolding that threatened to destroy his reputation and his career.

Eastwood directed the film from a screenplay by Todd Komarnicki, based on the book Highest Duty by Sullenberger and Jeffrey Zaslow. The project was produced by Eastwood, Frank Marshall, Allyn Stewart and Tim Moore, with Kipp Nelson and Bruce Berman serving as executive producers.

The Blu-ray discs of “Sully” will feature a Dolby Atmos® soundtrack remixed specifically for the home theater environment to place and move audio anywhere in the room, including overhead. To experience Dolby Atmos at home, a Dolby Atmos enabled AV receiver and additional speakers are required, or a Dolby Atmos enabled sound bar; however, Dolby Atmos soundtracks are also fully backward compatible with traditional audio configurations and legacy home entertainment equipment.

The “Miracle on the Hudson” didn’t happen by chance.  The difference between disaster and deliverance rested on the character of the man with his hands on the controls.

Captain Sullenberger, Co-Pilot Jeff Skiles and air traffic controller Patrick Harten take us step-by-step through the 208 harrowing seconds of Flight 1549, revealing how the wrong decision at any point would have resulted in disaster.

Director Clint Eastwood and producers Frank Marshall and Allyn Stewart reveal how Flight 1549’s terrifying splashdown in the Hudson River was captured on film, shooting on the Hudson itself as well as in Universal’s historic Fall’s Lake, where parts of “Jaws” were filmed.

On December 6, “Sully” will be available to own for streaming and download to watch anywhere in high definition and standard definition on favorite devices from select digital retailers including Amazon, CinemaNow, Flixster, iTunes, PlayStation, Vudu, Xbox and others. On December 20, “Sully” will be made available digitally on Video On Demand services from cable and satellite providers, and on select gaming consoles.

ABOUT DIGITAL HD WITH ULTRAVIOLET

Rating: Rated PG-13 for some peril and brief strong language