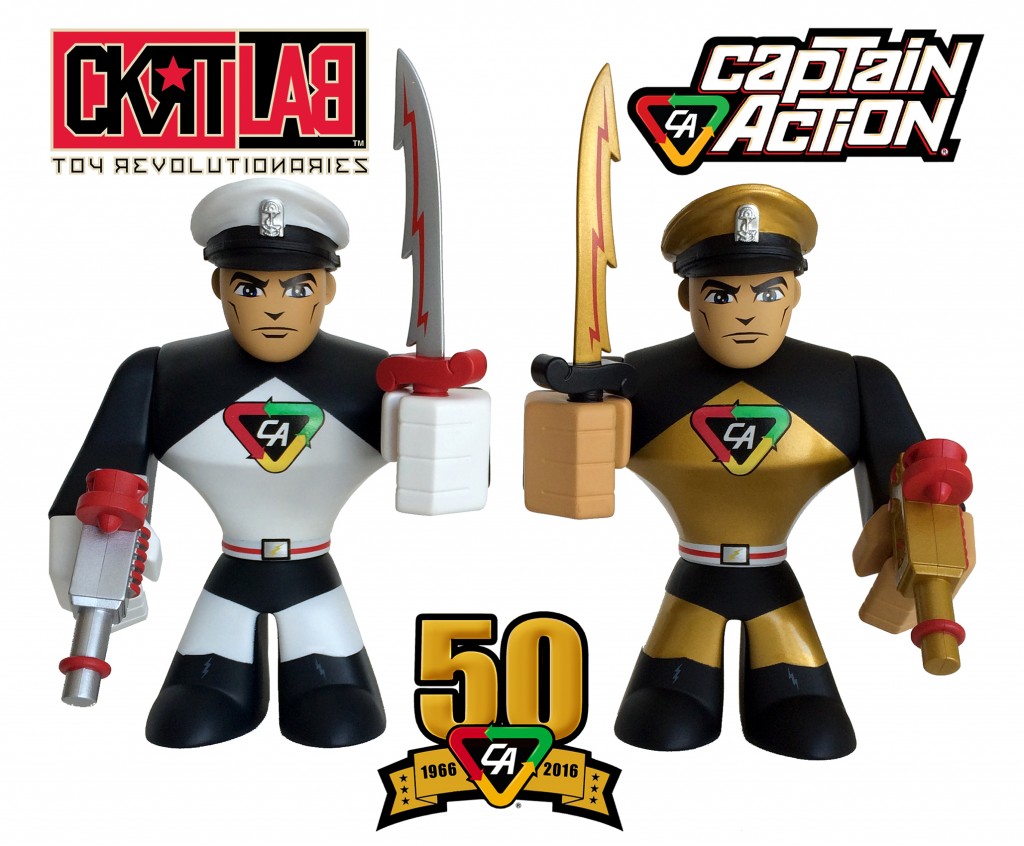 The ARCTIC ADVENTURER CAPTAIN ACTION figure is an homage to the 12” Round 2 figure. Adorned in a winter white and midnight navy uniform, this figure  also includes silver metallic versions of the classic lightning sword and raygun.

“Fifty years in the pop-culture consciousness is no small feat.” said Tim Ellis Founder/ CEO of CKRTLAB TOYS. “Captain Action has withstood the test of time and that’s all thanks to the fans! We are beyond proud and excited for these releases and hope the fans are too!”

The hyper-stylized figure is 5.5 inches tall with 6 points of articulation, made of environmentally friendly PVC and includes Captain Action’s classic weapon set.