Equipment: The Wand Company Boldly Goes…Again! This Time with the Starfleet Communicator

I have been doing product reviews for the last 11 years. 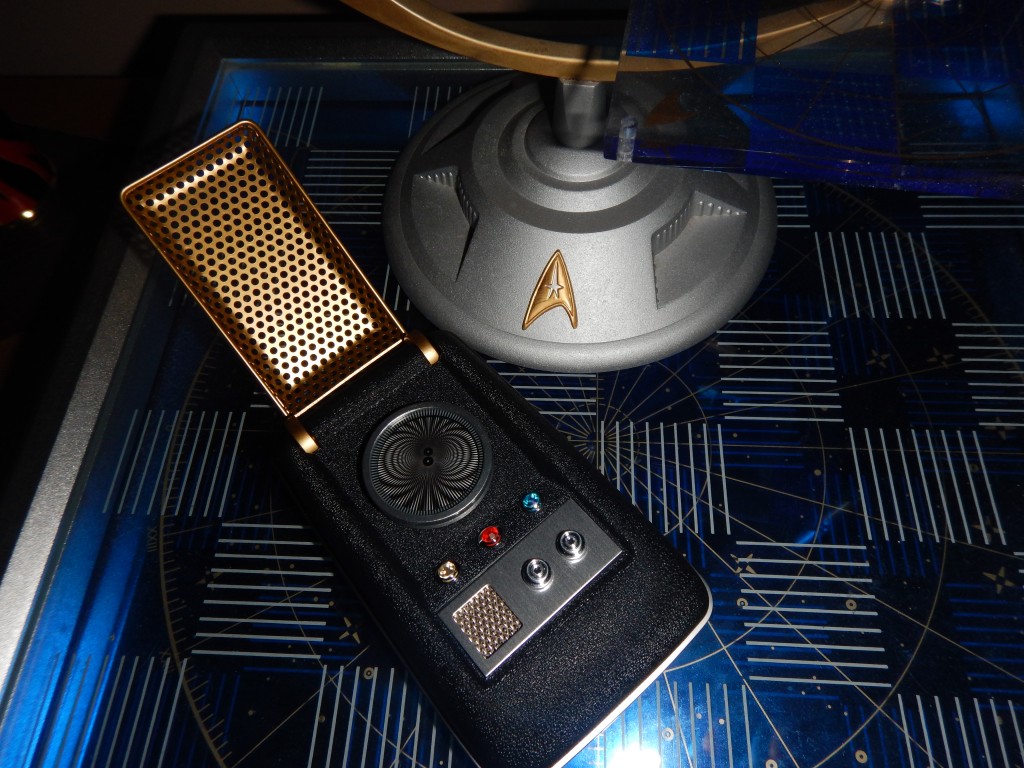 Every so often a product comes along that makes me say “damn” but it is a rare day when I get completely blown away by something and thanks to The Wand Company that day has arrived. If you are not familiar with The Wand Company they have produced high quality motion control remotes cleverly disguised as prop replicas since 2009. And they are amazing. Their first remote was, not surprisingly, a wand but a couple of years ago they decided to start “going where no man has gone before.”

The first Star Trek replica that The Wand Company produced was an original series Phaser back in 2014.  The Phaser was the most accurate prop replica I had ever seen until now. This time around The Wand Company has released a Bluetooth Communicator that is identical to the props used by Captain Kirk and company in the mid-1960s. The reason this communicator is so accurate isn’t just because of The Wand Company’s pays attention to detail; The Wand Company was also able to laser scan one of the surviving communicator hero props. A piece of history used to help make the future.

I have always been a major nerd. Even before it was “hip to be square” I was that strange kid with the Star Trek insignia on his shirt. So, when I was a child I wanted toys like the equipment they used on Star Trek (who am I kidding I still do). Back in the early 1970’s there really wasn’t much in the way of cosplay.  Back then we would just use household items to make our own landing party gear. When we needed a Phaser we used to build one out of Lego blocks, if you needed a Tricorder an old black purse filled the purpose and the communicator could be anything from a compact to an old wallet. Although you can still use makeshift gear why would you want to when there is so much goodness for fans today.

As much as I loved the aforementioned Phaser Remote this communicator has more potential because it actually functions outside the house. Sure, you can bring the phaser out of the house but you will not have your TV with you at the mall. The communicator on the other hand links to your phone so when you get a call you flip open the antenna and take the call as if you were in the 23rd century.

Connecting the Star Trek Communicator to your phone is just as simple as connecting a conventional Bluetooth device. Once the phone is connected is ready to use. Your phone must be nearby for the communicator to function but as long as the phone is in your pocket or knapsack there should not be an issue. You do need to remember to turn the ringer off on your phone otherwise when calls come in your phone will ring and your communicator will beep. All you need is the beep.

Receiving a call is so simple; making a call on the other hand requires time and vast amounts of patience. When placing a call it goes something like this:

Phone: Did you say call Spock?

Granted it works quite well if the person you are trying to contact has only one number. If there are several phone numbers for a contact it may take a bit to connect. All of this running around attempting to place a call is not the fault of the communicator it is that technology has yet to catch up with how advanced the communicator actually is. This functioning prop replica is truly a work of art. 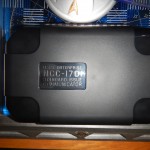 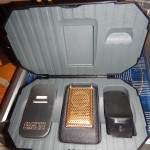 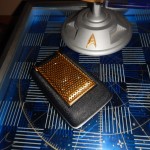 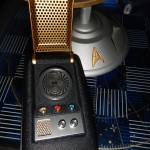 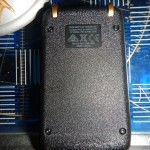 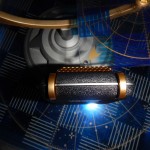 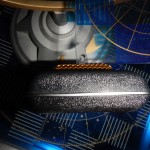 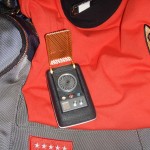 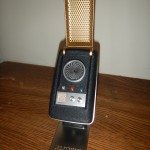 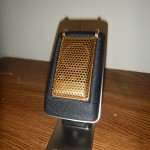 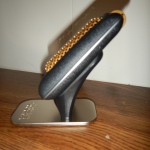 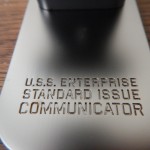 Aside from being able to function as Bluetooth device to your phone the communicator can also be used for fun. There are 20 prerecorded phrases from various crew members including Spock, Dr. McCoy and Sulu. Each of these prerecorded messages can be accessed by manipulating one button. Sadly no matter how many times you request to be beamed up, no one will answer.

The Star Trek Communicator from The Wand Company comes in a hard plastic storage case. The label on the box reads:

This box is perfect for storing your Bluetooth when you aren’t using it. The case is designed to fit on top of the Star Trek Phaser Remote Control plastic box. To me the box is just as important as the actual communicator. Also, in regard to “cases” there is a leatherette pouch, almost like a holster which can protect the communicator when bouncing around in your backpack or purse. The leatherette “holster” is emblazoned with a delta shield, (command division to be exact) and the words, “U.S.S. Enterprise Standard Issue Communicator.”

The Star Trek Communicator is rechargeable and does so via a magnetic charger base. The only way to charge your communicator is with the base. The magnet is very powerful and keeps the communicator securely on the stand until your next mission.

Star Trek: The Original Series Bluetooth Communicator isn’t just a functioning device; the communicator is also an absolute work of art. The Star Trek: The Original Series Bluetooth Communicator would make an excellent gift for yourself or for that special someone you want to send on a 5 year mission…while wearing a red shirt. If you choose to go the gift route it will set you back $149.95. There is an old saying, “You get what you pay for…” and with The Wand Company you are getting top of the line.