Star Trek is going to turn 51 this year. Though the 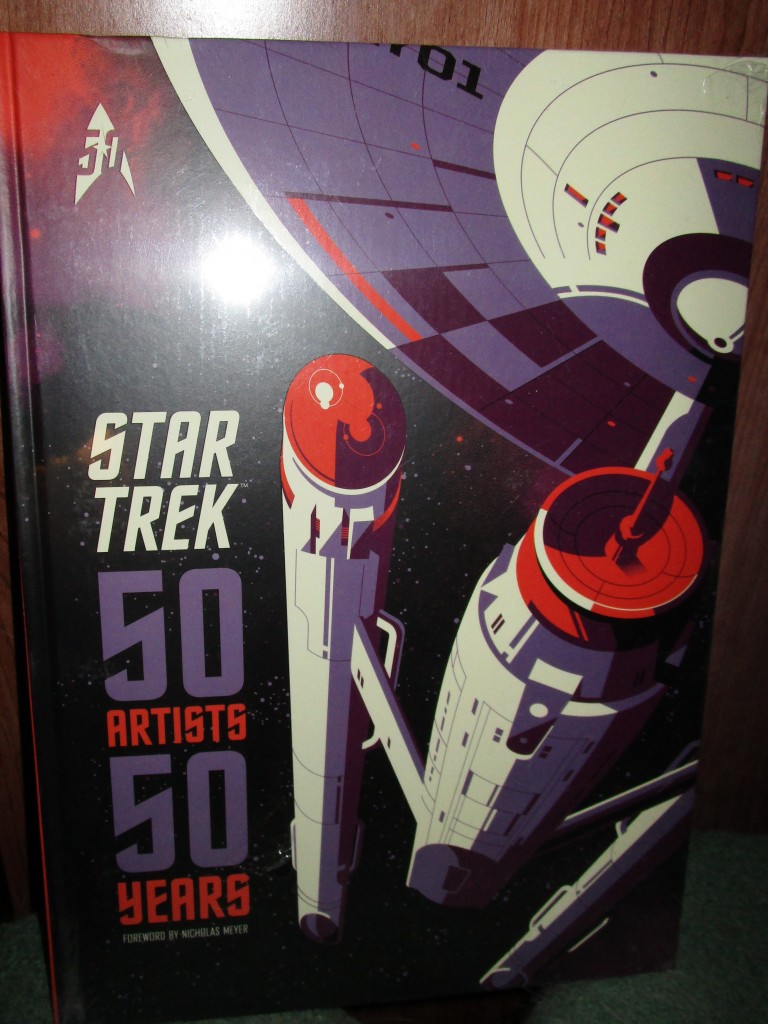 original series only lasted 3 seasons it didn’t die or fade away; it was syndication that was its life support. Those original 79 episodes were rerun all over the world and the fan base grew. It is amazing that between the movies and all of the television incarnations there are approximately 546.25 hours of Star Trek for fans to enjoy(According to Cliff Gilley, movie buff on Quora). That is a ton of screen time.

To celebrate the golden anniversary one of the things that Paramount did was commission artists from around the globe to create a tribute to Star Trek in the media of their choice. Some of these art pieces are amazing and some are just plain peculiar.

The art in the book goes from realistic to just strange. The subjects range from characters to ships and alien worlds. I was surprised that there were pieces that had characters from Star Trek: The Next Generation as the subject. I mistakenly thought that this book was only of Captain Kirk and crew. I also thought that I might see someone pay homage to Star Trek: The Animated Series but that was not the case. There is however a piece by Des Taylor which looks like could be the artwork for a new animated series. 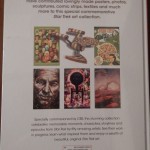 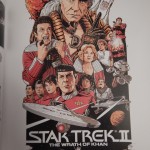 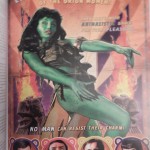 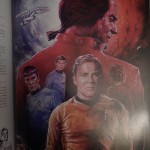 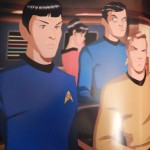 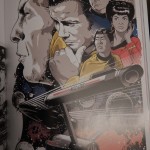 The book isn’t just pictures. The artists answer questions regarding their inspiration for the piece, which is their favorite Trek and who is (was) their favorite character. It is interesting to get the artist’s meaning behind something in the painting as opposed to someone analyzing the art and speculating what the artist meant.

Star Trek 50 Artists 50 Years would make an excellent addition to your library or the library of your favorite Trekker. This beautiful book retails for $39.95 and can be found wherever fine books are sold.