Anyone can have a doormat that says “Welcome” or 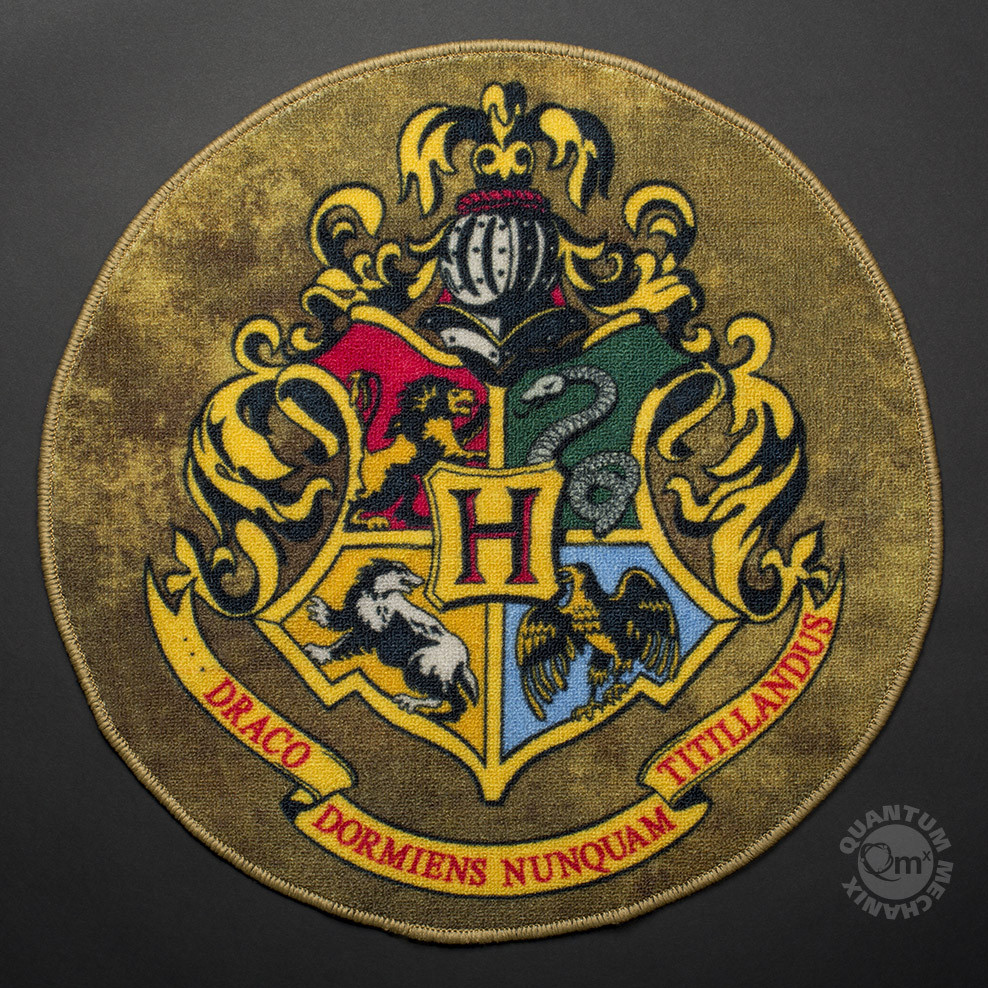 one that says, “The Smiths” (if that is your last name) but not everyone has a doormat that shows their geek pride. I have seen tons of sports teams on doormats but I don’t ever remember seeing a sci-fi or horror themed one before but thanks to QMx that is about to change.

QMx is releasing 2 amazing themed doormats from two of the most popular fandoms out there, Harry Potter and Supernatural. Set to be released later this month you can chose from the Hogwarts’ Crest or the anti-possession symbol from the hit CW show Supernatural. These would look perfect in your entryway or hallway.

First up we have the Hogwarts’ Crest Doormat. Decorate your favorite space with the emblem of one of the best schools in the wizarding world.

This richly colored doormat features the coat of arms from Harry Potter. The escutcheon displays the mascot of each of the school’s four houses: the Gryffindor lion, the Slytherin serpent, the Ravenclaw eagle and the Hufflepuff badger.

Beneath the shield is a banner with the school’s motto, Draco Dormiens Nunquam Titillandus, which translated from Latin, means “Never tickle a sleeping dragon.”

Next up we have the Anti-Possession Symbol from 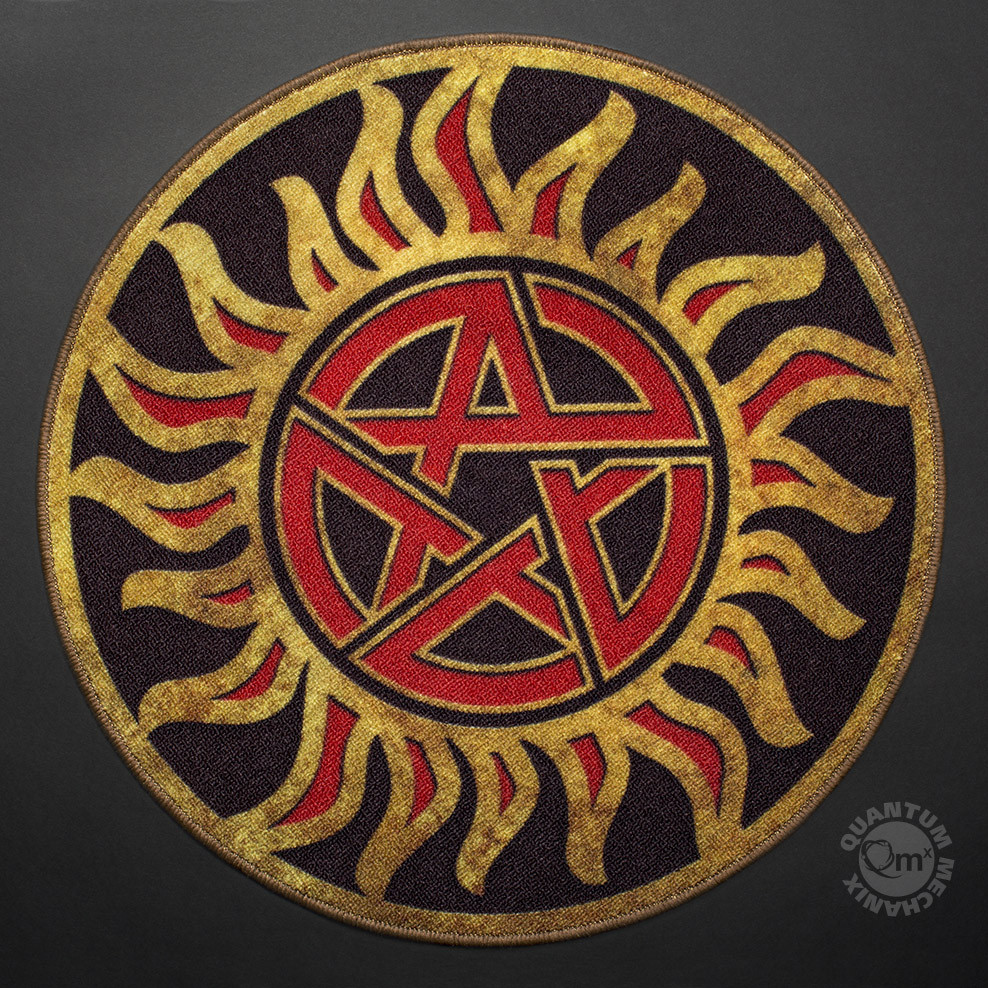 Supernatural. Protect yourself from demonic possession and help save humanity. Now you can display the pentagram design that’s tattooed on Dean and Sam Winchester of Supernatural.

QMx’s Anti-Possession Symbol Doormat has been created using artwork files from the hit CW show. Add it to your favorite room. You just never know if Crowley or his buddies might make a surprise visit.

Check out our Supernatural Devil’s Trap Doormat for extra protection against demons!

Both rugs measure 24 inches in diameter (61cm) and are made from Nylon fiber with thermoplastic rubber backing. These doormats are meant for indoor use only and can be vacuumed gently or hand washed. Air-dry the rugs flat.