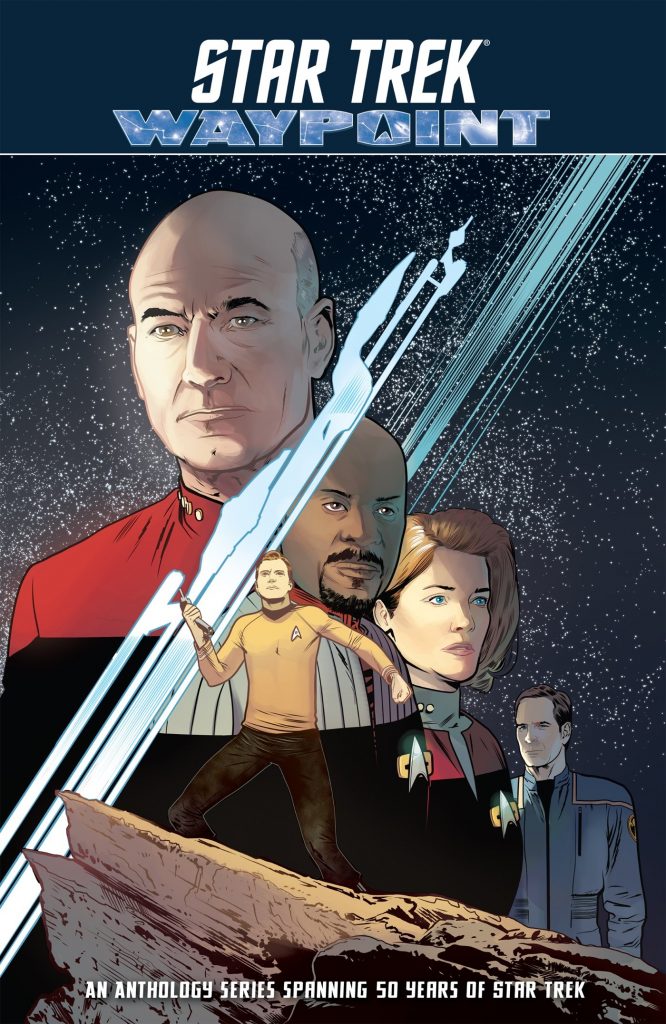 collection of Waypoint stories feature captivating standalone tales drawing from five decades’ worth of history. These thought-provoking stories range from “fill-in-the-gap” tales that weave into previous events as well as pushing the stories forward into fresh territory never before explored. Hailed as “the best of Star Trek in bite-sized stories” by Multiversity, Waypoint presents bold new takes on your favorite Star Trek characters!

“From STAR TREK: VOYAGER to STAR TREK: THE NEXT GENERATION, STAR TREK fans are passionate about their favorite TV series, and always ask me for comics set in that universe,” said series editor Sarah Gaydos. “WAYPOINT decidedly delivers on this, thanks to the incredible work of some of the best talent in the comic book industry.”

Under license by CBS Consumer Products, the Star Trek: Waypoint trade paperback collection is now available in comic shops and in book stores on November 29th.

IDW Games’ diverse line-up includes the international phenomenon Machi Koro, as well as hit licensed games such as X-Files, Back to the Future, The Godfather, and TMNT.

IDW Entertainment serves as the worldwide distributor of Wynonna Earp airing on the Syfy Channel in the U.S. and is producing BBC America’s Dirk Gently, based on the bestseller by Douglas Adams starring Elijah Wood and Samuel Barnett.