No matter how old I get I know that whenever 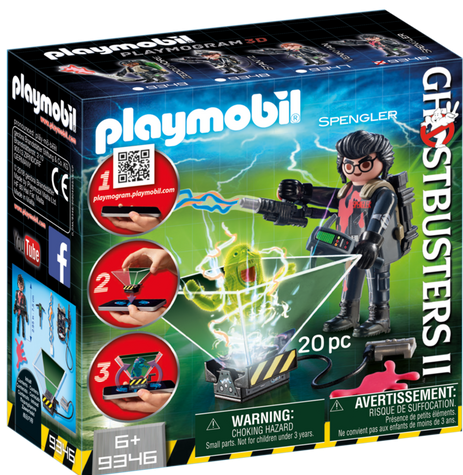 I hear the phrase (or close to it phrase), “Who you gonna call?” My response will always be, “GHOSTBUSTERS!” I was a fan of Ghostbusters back in the 1980s just as many, many other people and I don’t remember any toys associated with the movie. I know there were toys produced for the animated series but none were released for the first movie. Fans of the Ghostbusters must have rejoiced when they learned that Playmobil would soon be producing a line of toys based on Ghostbusters and the sequel, Ghostbusters II.

Since acquiring the license in 2016 Playmobil has released some awesome toys including the ECTO-1 and the Fire Station playset. Smaller sets were also produced such as the hot dog stand and the Stay Puft marshmallow man. This year Playmobil has produced sets from Ghostbuster II called Ghostbusters II-Playmogram 3D. Each of these small ghost trap sets includes one of the Ghostbusters, Stantz, Zeddemore, Spengler or Venkman. Each of the sets are sold separately and require a download of a free app to your phone or tablet. This app will help produce a 3D ghost for the trap.

Our friends over at the Red Cup Review helped us out this week by doing a video review of Ghostbuster Egon Spengler and his ghost trap. This awesome review comes from a member of Playmobil’s target audience, a child. Grayson from the Red Cup Review ain’t afraid of no ghost, so here is his review…

As you saw in the video the level of detail that goes into this figure and accessories is incredible, right down to the Ghostbusters’ patch on their jumpsuits. Everything that Playmobil produces is made not just for hours of play but to last. The Ghostbusters II-Playmogram 3D sets retail for 10.99 and will be available later this month. 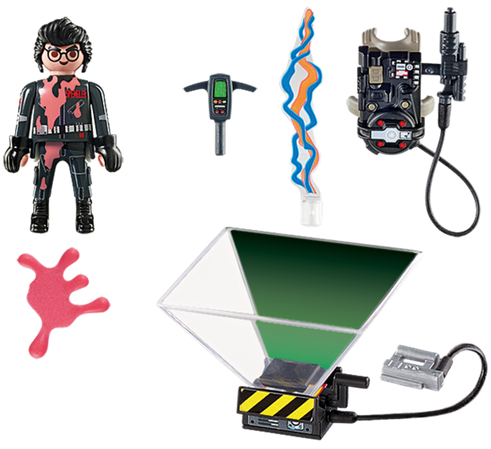