Equipment: Mezco Toyz Introduces The Black Panther as He Joins the Ranks of the One: 12 Collective. Pre-Orders Have Begun!

Direct from the eagerly anticipated and 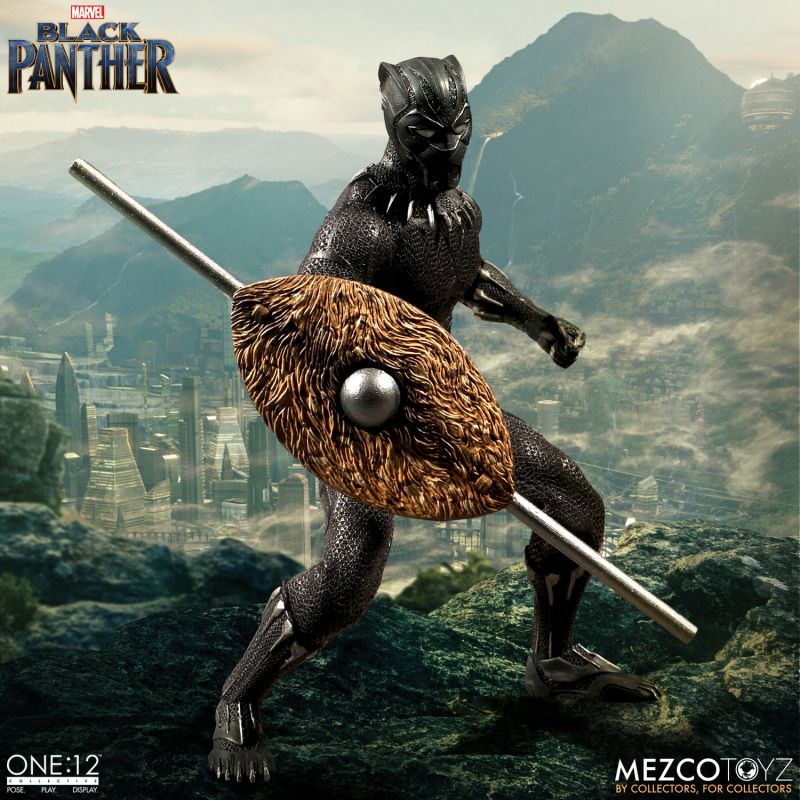 groundbreaking feature film, Mezco welcomes Black Panther into the One: 12 Collective. Intricately designed with a cloth outfit recreating that of King T’Challa’s Vibranium suit, authentically detailed accessories replicating those seen in the movie, and the likeness of actor Chadwick Boseman.

The One:12 Collective Black Panther figure boasts two comprehensively detailed head portraits: one masked and one unmasked, featuring the likeness of actor Chadwick Boseman. Special attention was paid when designing King T’Challa’s suit made from Vibranium, a rare metal that is lightweight, sleek, and bulletproof. In addition, Black Panther comes equipped with a meticulously crafted shield and spear, replicating similar weapons seen in the film.

Following the events of Captain America: Civil War, King T’Challa returns home to Wakanda. When two enemies conspire to bring down the kingdom, King T’Challa must team up as the Black Panther, with Wakanda’s special forces – the Dora Milaje, to prevent a world war. 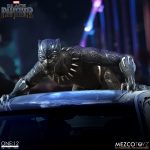 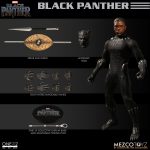 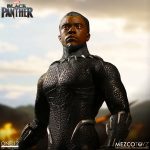 Each One:12 Collective Black Panther figure is packaged in a collector friendly box, designed with collectors in mind. There are no twist ties for easy in-and-out of package display.