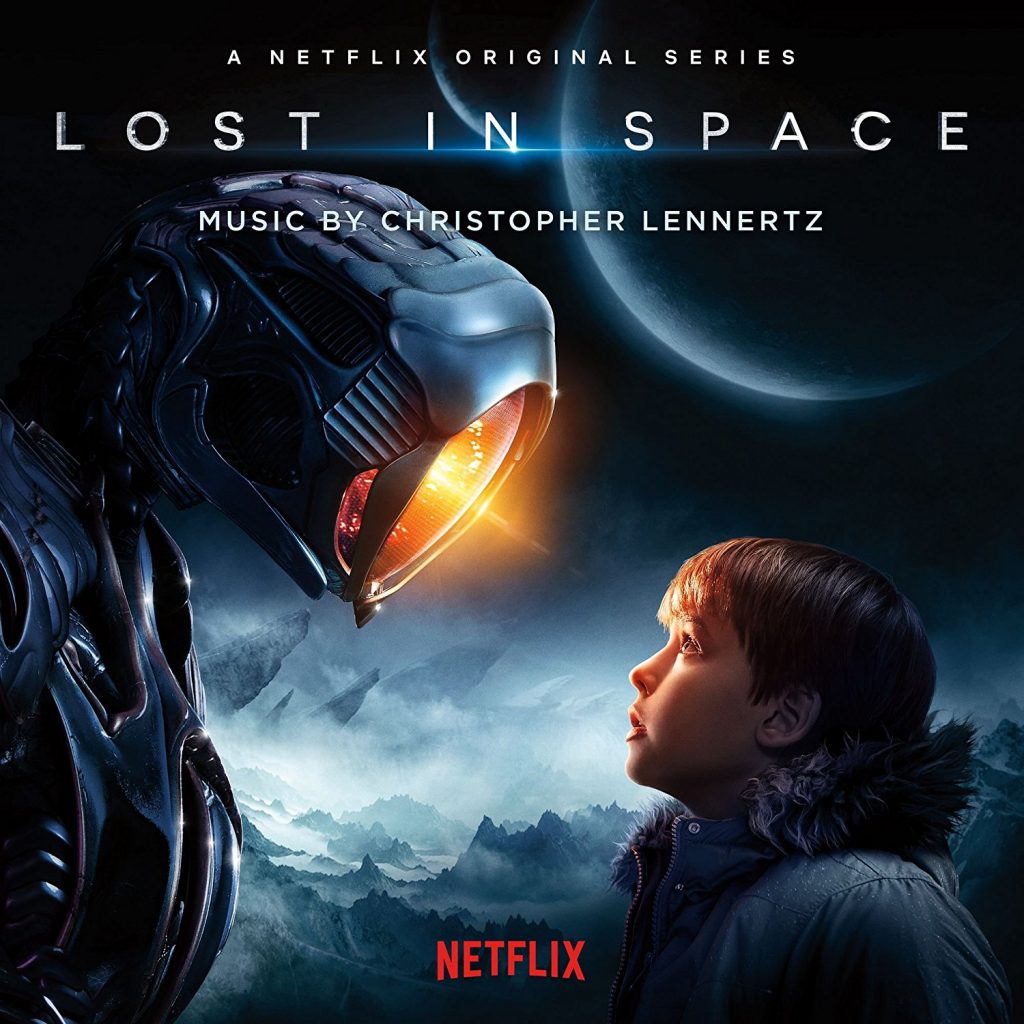 Produced by Legendary Television, LOST IN SPACE is a Netflix Original dramatic and modern reimagining of the classic 1960’s science fiction series. Set 30 years in the future, colonization in space is now a reality, and the Robinson family is among those tested and selected to make a new life for themselves in a better world. But when the new colonists find themselves abruptly torn off course en route to their new home they must forge new alliances and work together to survive in a dangerous alien environment, lightyears from their original destination.

“When we were approaching the score for Lost In Space we knew there was a certain feeling we wanted to create for the viewers,” said Executive Producer Zack Estrin. “Following in the footsteps of the magnificent John Williams, who composed the original iconic series theme, Christopher Lennertz brought to us a vision that fit perfectly. It is full of triumphant brass and soaring strings, where orchestral melody and percussion dance seamlessly from edge of your seat thrills to simple moments of raw emotion.”

Lennertz was excited to be the sound of this relaunch of a classic American franchise. “Zack and all the producers wanted the musical language of the title sequence to set up the score for the rest of the story, and hopefully we did just that,” Lennertz explained. “It’s a big story with family and adventure at the very heart. I tried to be grand and heroic, with a nod to exploration, and a hint of nostalgia. I hope it resonates with fans of the show, both old and new!”

LOST IN SPACE stars Toby Stephens (Black Sails, Die Another Day) as John Robinson, and Molly Parker (House of Cards, Deadwood) as Maureen Robinson. As the Robinson kids, Taylor Russell (Falling Skies) is the strong-willed and confident Judy, Mina Sundwall (Maggie’s Plan, Freeheld) is the quick-witted and definitive middle-child Penny, and Max Jenkins (Sense8, Betrayal) is the curious and sensitive Will Robinson. Stranded along with the Robinsons are two outsiders who find themselves thrown together by circumstance and a mutual knack for deception, the unsettlingly charismatic Dr. Smith played by Parker Posey (Café Society, Mascots, A Mighty Wind) and the inadvertently charming Don West, played by Ignacio Serricchio (Bones, The Wedding Ringer).

Lennertz’s favorite sequence in the pilot is featured in the track “Will and Robot”. The scene is “where Will and the robot not only meet, but form a true bond in the midst of a harrowing adventure. Zack wanted it to play both the wonder of the situation and the danger of the robot,” Lennertz described. “It was such a treat to write a long cue like the classic sci-fi that I grew up with, where an entire relationship shifts over the course of the piece and Will’s emotion soars on top of the action and danger underneath. I really put myself in the mind of my 12 year-old self and tried to write it from the point of view.”

“Much like the Robinsons themselves, there’s an underlying sense of hope to the music,” said Estrin. “It’s a sonic rollercoaster full of fun and heart — and more than a few moments that make you want to raise your arms and cheer.”

One can’t address LOST IN SPACE without addressing John Williams’ original main title theme. “From the beginning, the producers wanted a classic main title sequence to play during at least some of the episodes,” said Lennertz. “I wanted to tease the show’s premise with a hint of the Alpha Centauri program theme, then a full statement of the new Lost In Space theme, followed by a triumphant finish that showcased now legendary composer John Williams’ original theme from season 3 that people are so familiar with. It was such an honor to be able to incorporate such a classic melody from the man who made me fall in love with film music from the very beginning.”

ABOUT CHRISTOPHER LENNERTZ
While Star Wars, Van Halen, and Bye Bye Birdie may be responsible for his love of movies, music, and theater, it was a chance meeting with Henry Mancini in college that changed his life forever. In awe of Mancini’s ability to compose for any genre, Lennertz has modeled his career to be just as diverse. He has written music for some of the world’s greatest storytellers. Whether its soaring heroics for Seth Rogen as a hot dog saving the world in Sausage Party or the lush orchestral melodies of Steven Spielberg’s Medal of Honor series…a stark, out of tune gospel piano for Mark Ruffalo’s battle with addiction in Thanks for Sharing or futuristic dystopian Americana for J.J. Abrams’ Revolution, this classic eclectic ability has now become his signature. He has worked in almost every genre imaginable and spent weeks on Billboard charts. He has an Emmy nomination for the cult hit Supernatural, a Grammy for his arrangements on Ozomatli’s album Street Signs, and an amazing eleven BMI awards for blockbusters like Bad Moms, Horrible Bosses, Ride Along, and more.

“At the heart of everything is a collaboration.” says Lennertz “Collaboration to tell stories that move people.” To embrace this spirit of musical storytelling, Chris has teamed up with legendary artists like Grammy winners Arturo Sandoval and Dave Grusin, The RZA, and Sheila E. as well as members of Pearl Jam, No Doubt, The Beastie Boys, Dave Matthews Band, Jurassic 5, and Jane’s Addiction. Collaborations with directors Tim Story, Seth Gordon, John Favreau, and Ben Stiller as well as producers Chris Meledandri, JJ Abrams, Seth Rogen, Doug Liman, Ed Norton, McG, Joel Silver, and so many others have led to a stream of box office successes.

Equally comfortable on the small screen, on stage, and at festivals, Chris has written eclectic scores for Marvel’s Agent Carter and Sundance award-winner Adam for Fox Searchlight. He has written with Broadway legends David Zippel, Glenn Slater, and Oscar and Tony winner Alan Menken on Sausage Party as well as the musical adventure Galavant. Chris is also one of the most in demand composers in video games with hits like Medal of Honor, James Bond, The Godfather, and the Mass Effect series. His passion for education and philanthropy plays a major part in his life serving on the board of Education Through Music Los Angeles and The Mr. Holland’s Opus Foundation as well as Hands Together in Haiti. He personally launched the Symphony of Hope project after the 2011 earthquake to rally the film music community around the cause.

Ultimately mixing his love of storytelling, his eclectic background, and his relentless passion for all styles of music, Chris has become one of the most valued and sought after composers in Hollywood today.