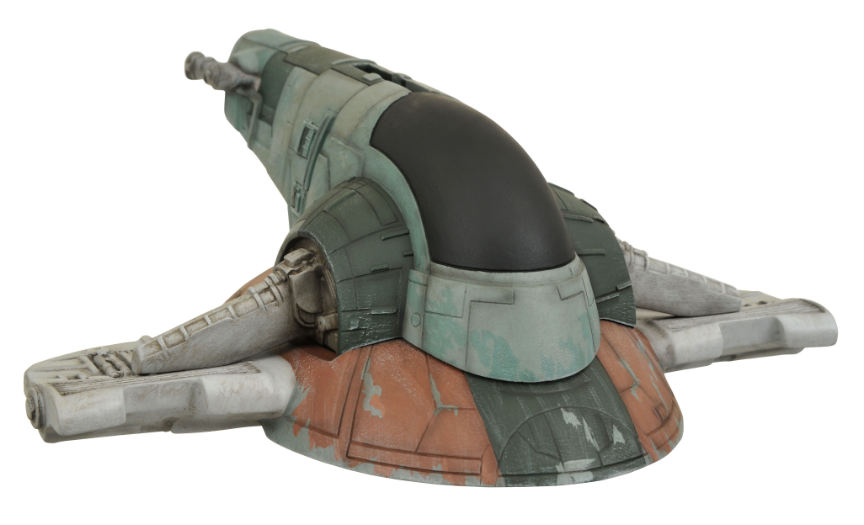 actually saves you money? Diamond Select Toys’ line of 6- to 8-inch Star Wars bust banks not only represents some of the most popular characters in the franchise’s history, it also represents a fun way to save your pennies for a rainy day. The newest bank is Boba Fett in his Return of the Jedi paint scheme, available as of this week in comic shops and specialty stores, but check out all the different banks below, each priced around $20!

Based on digital files from the Lucas archives! The most popular bounty hunter in the universe is now ready to guard your room — and your loose change. Measuring just over 8″ tall, this bust bank is detailed down to every last blaster mark earned over the years in his pursuit of pay and revenge. His hatred of the rebels and the Jedi has been growing since his youth, but now you can collect this impressive sculpture at a great value, and put the change right in the bank.

Slave-1 Vehicle
Bounty hunter Boba Fett is one of the most iconic and popular characters in the Star Wars saga, and his distinctive starship, Slave-1, nearly brought an end to the rebellion with its precious cargo — the Carbonite-encased Han Solo. Now you can capture the relentless bounty hunter’s ship as your very own as this colorful and detailed vinyl coin bank, perfect for saving your well-earned bounties or just for display!

Darth Maul
The nefarious Darth Maul served his Sith Master for years, training in the way 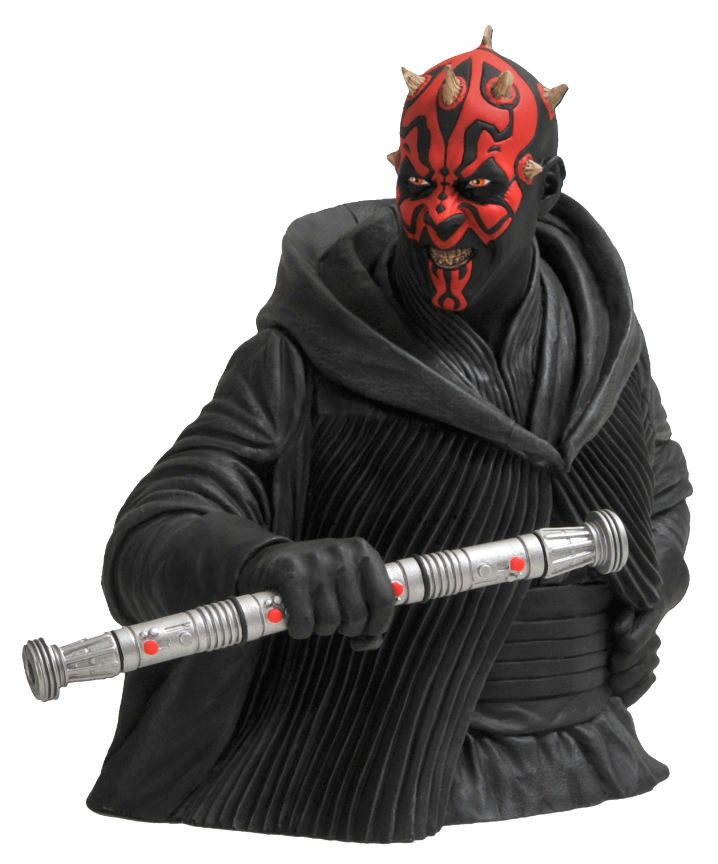 s of the Dark Side and plotting the demise of the Jedi. This latest Gabriel Marquez-sculpted Star Wars bank release features the sinister villain as a 6-inch bust bank — perfect for protecting your precious Galactic Credits and preparing for your own eventual rebellion.

Darth Vader
Join forces with the Dark Lord of the Sith with this limited Darth Vader bank, and pinching 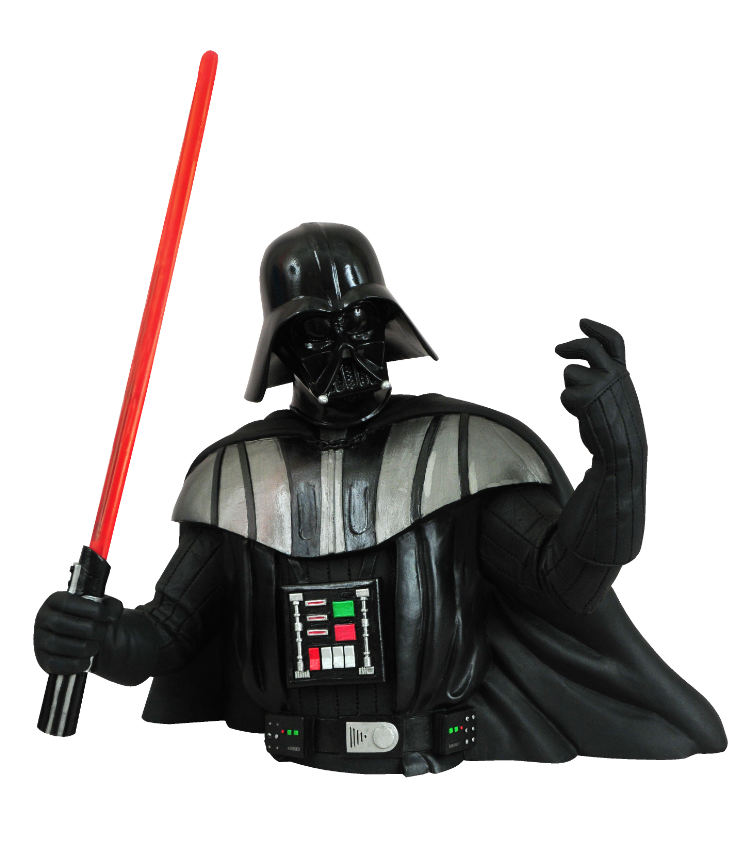 those pennies will never be the same again! Support the Empire while saving your Galactic Credits safely with the knowledge that no one dares steal from Vader. Measuring 6 inches tall and featuring an intricately sculpted design from the Star Wars feature films, the bank features a removable lightsaber blade that comes packed in a cardboard sleeve. Start saving now or face Darth Vader’s considerable wrath! 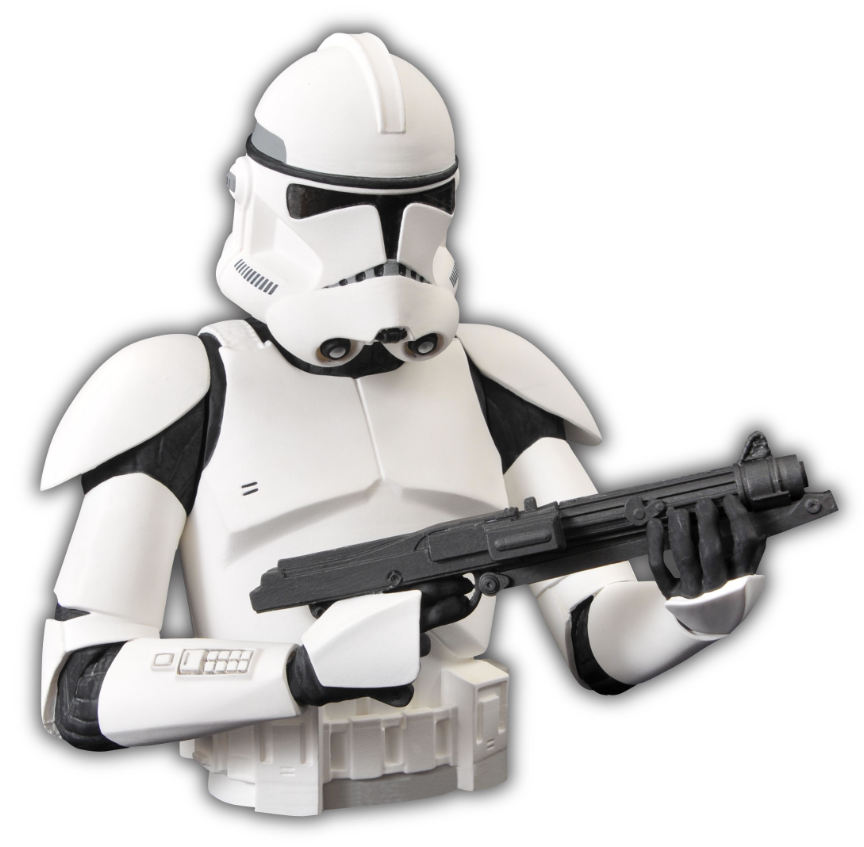 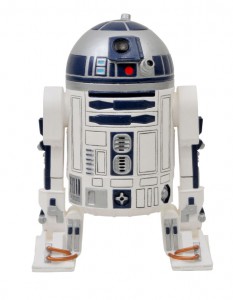 Add the droid that started it all to your collection and start saving the galaxy one coin at a time with this all-new Star Wars R2D2 Figure Bank! Perfectly in scale with all Ultimate Quarter Scale action figures, this Oluf Hartvigson sculpt measures approximately 11 inches tall and features all the style and precision details of an expensive statue at a fraction of the price!

Get regular DST updates on Facebook and Twitter! And see the full line of Star Wars banks here!