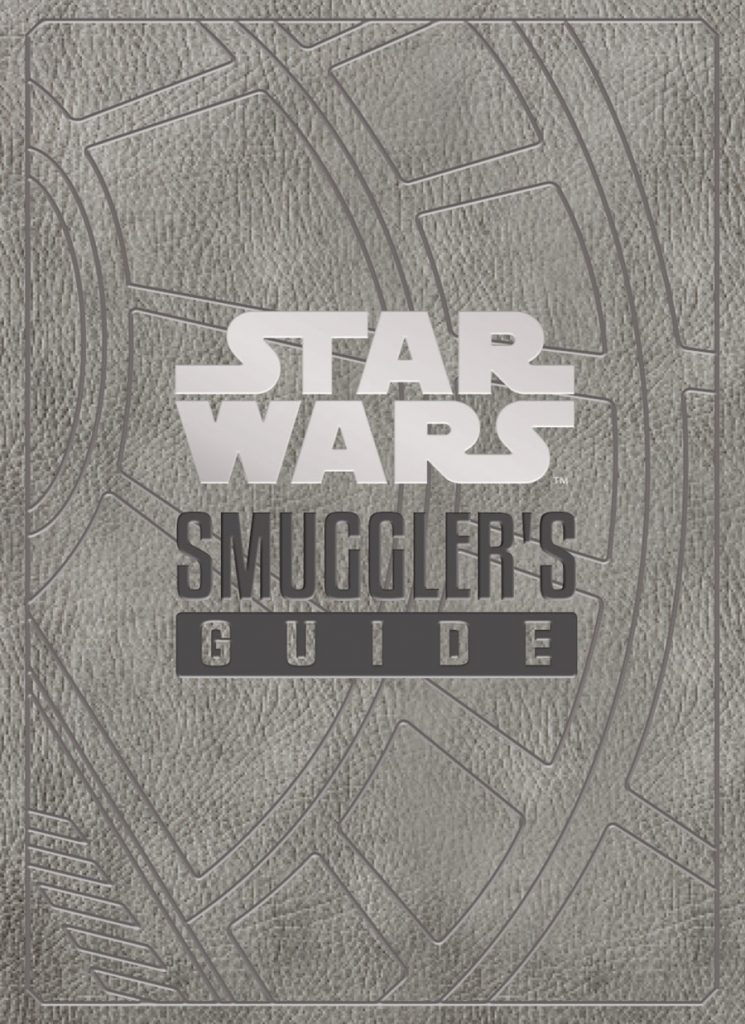 Amazon.com is STAR WARS™ SMUGGLER’S GUIDE: NOTES FROM THE UNDERWORLD. This is the sixth title in the successful deluxe Secrets of the Galaxy series which includes The Jedi Path, Book of Sith, The Bounty Hunter Code, Imperial Handbook, and The Rebel Files.

Recovered from a strong box on the Millennium Falcon, Star Wars™: Smuggler’s Guide traces its own extraordinary journey through such notorious characters as Maz Kanata, Hondo Ohnaka, Dryden Vos, Lando Calrissian, and Han Solo. Explore previously unknown details about the underhanded dealings of the galaxy’s underworld.

The lengths to which the underworld will go for a legendary prize is unparalleled. What started as a simple logbook with a piece of valuable information was soon stolen, traded, and smuggled around the Outer Rim and shady ports. With each pirate, thief, gambler, and criminal who took possession of the book, new insight and details were added, creating the Smuggler’s Guide—a coveted collection of hidden treasure locations, advice, and hard-earned data.