Half a century ago the first Planet of the Apes featur 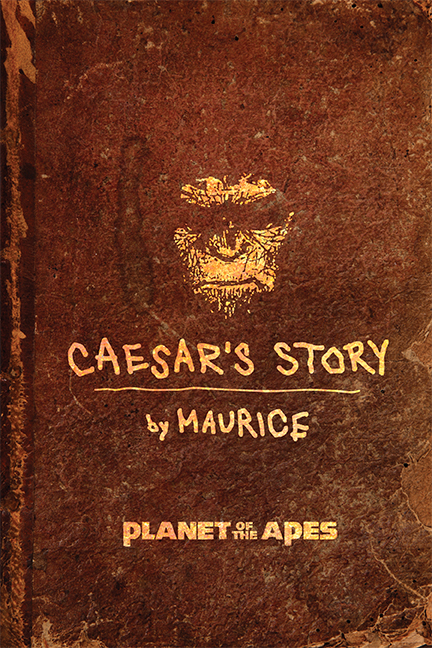 e film was released, marking the beginning of the cult-classic science fiction franchise. To celebrate the franchise’s 50th anniversary, Hachette Books is publishing PLANET OF THE APES: Caesar’s Story (Hachette Books, OSD: 10/23) an in-world, beautifully illustrated life story of Caesar, the brave and extraordinary leader of the apes, as told by Maurice, Caesar’s best friend.

War for the Planet of the Apes, the 2017 feature film, ended with the devastating loss of one of the franchise’s key protagonists: Caesar. Maurice decides to recount and chronicle Caesar’s story so that his son, Cornelius, can truly know what a unique and brave ape his father was, and inspire Cornelius in turn.

The book includes Maurice’s personal thoughts and reflections of his lifetime spent alongside Caesar, and contributions from several other key apes who knew him. The result is a truly one-of-a-kind celebration of the new Planet of the Apes trilogy and the franchise as a whole; a wonderful collector’s companion and the perfect holiday gift for fans of all ages.