Vids: Just in Time for the Holidays…Own The Nun on Blu-ray™ Combo Pack and DVD on December 4 or Own It Early on Digital on November 20!

Your prayers have been answered when 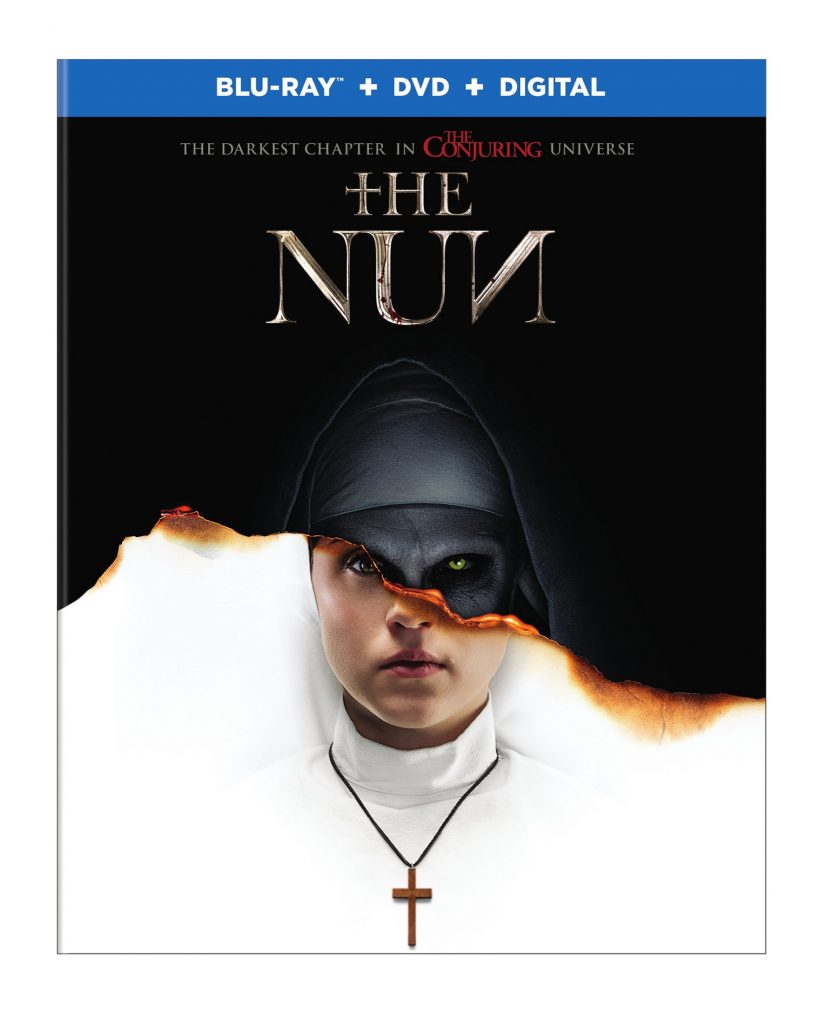 “The Nun” arrives on Blu-ray Combo Pack, DVD and Digital. New Line Cinema’s horror thriller “The Nun” explores another dark corner of the “Conjuring” universe, whose record-setting films have terrified audiences around the globe.

Corin Hardy (“The Hallow”) directed “The Nun” from a screenplay by Gary Dauberman (“IT”) and story by James Wan and Dauberman, which delves into the shocking origin of the demonic Nun Valak, who first made her evil presence known in “The Conjuring 2.” “The Nun” was produced by James Wan and Peter Safran, with Richard Brener, Walter Hamada, Dave Neustadter, Dauberman, Michael Clear and Todd Williams serving as executive producers.

When a young nun at a cloistered abbey in Romania takes her own life, a priest with a haunted past and a novitiate on the threshold of her final vows are sent by the Vatican to investigate. Together they uncover the order’s unholy secret. Risking not only their lives but their faith and their very souls, they confront a malevolent force in the form of the same demonic nun that first terrorized audiences in “The Conjuring 2,” as the abbey becomes a horrific battleground between the living and the damned.

On November 20, “The Nun” will be available to own in high definition and standard definition from select digital retailers including Amazon, FandangoNOW, iTunes, PlayStation, Vudu, Xbox and others. On December 4, “The Nun” will be made available digitally on Video On Demand services from cable and satellite providers, and on select gaming consoles.