Equipment: Previews Exclusive Spider-Gwen will be Swinging to Store Shelves Last Next Summer

Enter an alternate reality, one in 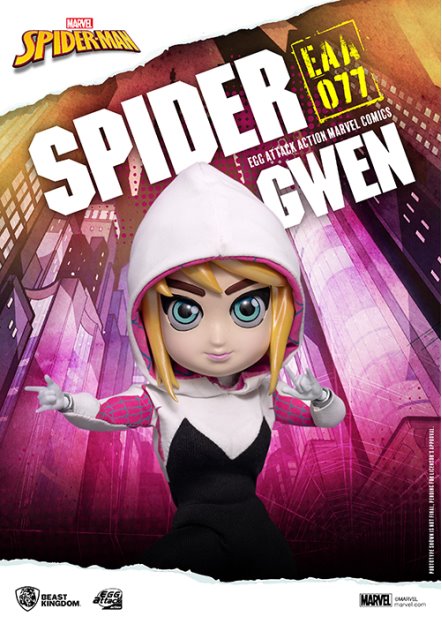 If you fancy a ride in the sky, then the two included web slings will do the trick! How about some cool ways to show off Gwen’s cool poses? 24 points of articulation, with five pairs of interchangeable hands can take care of that. She also comes with two interchangeable heads, one for crimefighting (including four pairs of eyes) and one Gwen-Stacey head complete with movable eyes to prepare her for any situation. Cool accessories such as her backpack and selfie taking smartphone complete her It-Girl persona!

Spider-Gwen’s full-cloth clothing is packed with an immense amount of detail not only in the stitching but also in the detailing of the web patterns under the hood and arms. Don’t miss out on adding this Spider-Gwen Egg Attack Action figure to your collection today! 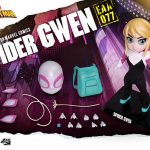 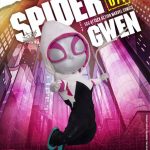 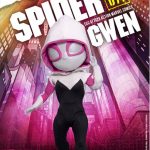 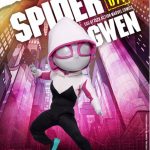 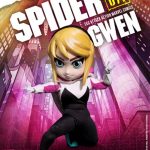 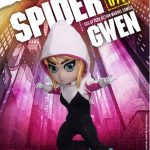 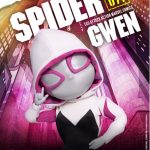 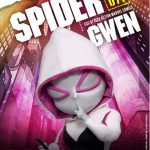 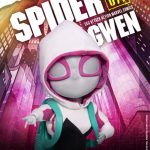 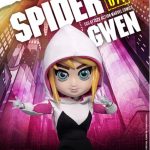 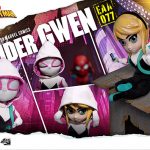 The PREVIEWS Exclusive Spider-Gwen Egg Attack Action Figure from Beast Kingdom (OCT188103, SRP: $80.00) is now available for pre-order at comic shops and will be available in stores on August 28, 2019. To find a comic shop near you, visit www.comicshoplocator.com.