The Marvel Select line of figures from 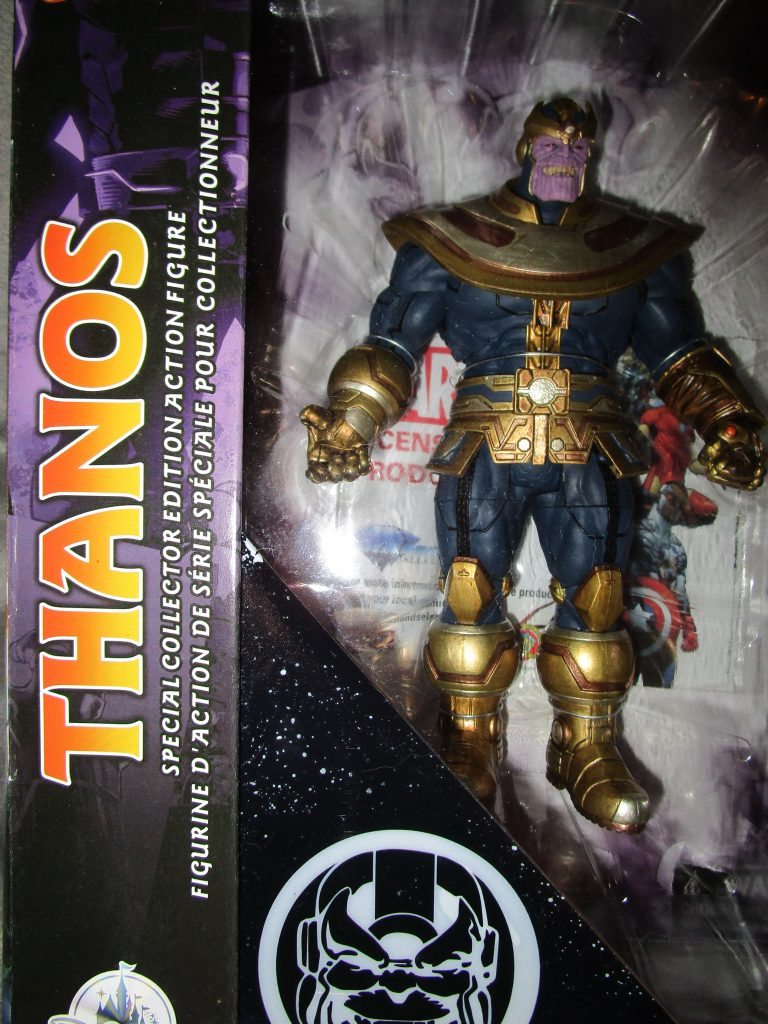 Diamond Select Toys is a line we just love. And the thing we love most about the Marvel Select line is that you don’t have to take out a second (or third) mortgage on your house just to add a figure to your collection. Not breaking the bank is a bonus for both the hardcore and the casual collector. The marvel Select figure we are reviewing today is the holder of the Infinity Gauntlet and Disney Store Exclusive, the Mad Titan, Thanos.

The first thing I want to address is that just because this figure is a Disney Store exclusive does not mean it is impossible to find so don’t run to the secondary market to pick this one up. Do a bit of hunting for yourself and you will save some money. Now that I have given my recommendation we can move on to the actual review.

If you don’t know who Thanos is you probably shouldn’t even be reading this review. I am however, happy to educate my readers and I don’t cry over website visits so keep reading and don’t leave. What were we talking about again? Oh, right. We were discussing Thanos aka the Mad Titan. Comic fans have had a long relationship with Thanos while for some others the only time they heard his name was in a Marvel movie. I will keep this Thanos 101 lecture to film references only.

If you have been following the Marvel Cinematic Universe (MCU) you know that Thanos is a big threat who, up until Avengers: Infinity War, was mostly in the shadows. His goal over the course of all his appearances was to unite all of the Infinity Stones making him the most powerful being in the universe. Along the way his search hit some snags. Indirectly, he was defeated by The Avengers, Thor and his fellow Asgardians and of course the Guardians of the Galaxy. Sadly, he was eventually able to assemble all of the stones and join them in a Gauntlet. It was a big, gaudy thing that sparkled so much Liberace would have wanted one.

His intention once he assembled all of the stones was to eradicate half of all the beings in the universe thus ending hunger, overpopulation and war. While the idea is a sound one on the surface, you (hopefully) realize that if he wanted to help the universe there are better ways to accomplish that goal. Once he had all the stones he fulfilled his destiny. All he had to do was snap his fingers. It was the snap heard around the universe. Thanos had collected all of the Infinity Stones and now he could fulfill his dream of “curing” a sick universe. Following the snap half of the inhabitants of the universe turned to ash and blew away on the wind. (If you haven’t seen Avengers: Infinity Gauntlet by now I don’t really apologize for the spoilers).

Now that you have all of that non-essential background on Thanos out of the way, I guess we need to talk about the figure. This is an impressive figure but I have come to expect nothing less from the toy elves over at Diamond Distributors.

Thanos, like all of the Marvel Select figures, has multiple points of articulation. I love the amazing poseability of all of the Marvel Select figures. I have said it many times before, the more poseable a figure is the more it encourages play. While kids may or may not care about how poseable a figure is, (when I was a kid Star Wars figures with barely 5 points of articulation were the greatest thing in the world) but as an adult I want more…and frankly Marvel Select delivers.

The points of articulation on Thanos are: 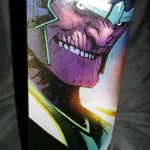 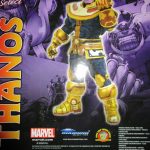 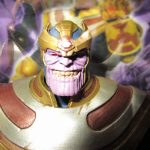 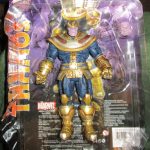 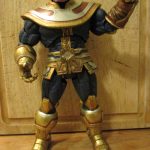 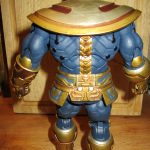 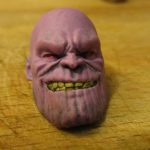 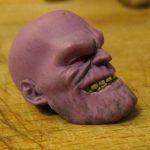 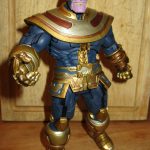 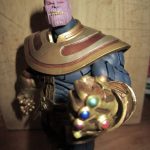 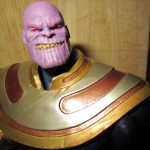 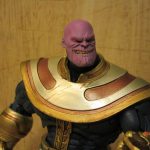 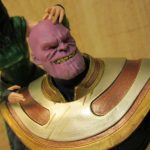 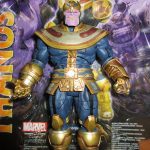 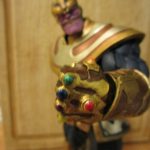 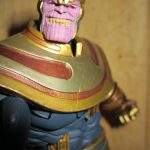 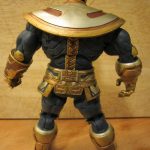 Thanos stands approximately 7.5 inches which, in my opinion, is a bit short for this figure. I feel that the Thanos figure should be at least as large as the Hulk figure from the Marvel Select line but, as I said, it is my opinion.

Overall I really like this figure. The Thanos figure has an incredible sculpt and looks great. He looks like he could take over the universe at any time. As for the negatives for this figure there really isn’t much to say. The height thing is really a non-issue and should not detract from everything else regarding the Thanos figure. If we were to put a number system on this figure I would give it an 8.5/10.

The Thanos Marvel Select figure is an exclusive, only available at your local Disney Store. Sadly, the figure is sold out currently on the Shop Disney website but can be found in stores. Suggested retail for Thanos is $24.99 and he will be an excellent addition to your Marvel Select Collection so get yours today!