Equipment: Playmobil How to Train Your Dragon: The Hidden World Toothless Figure

How to Train Your Dragon: The Hidden World 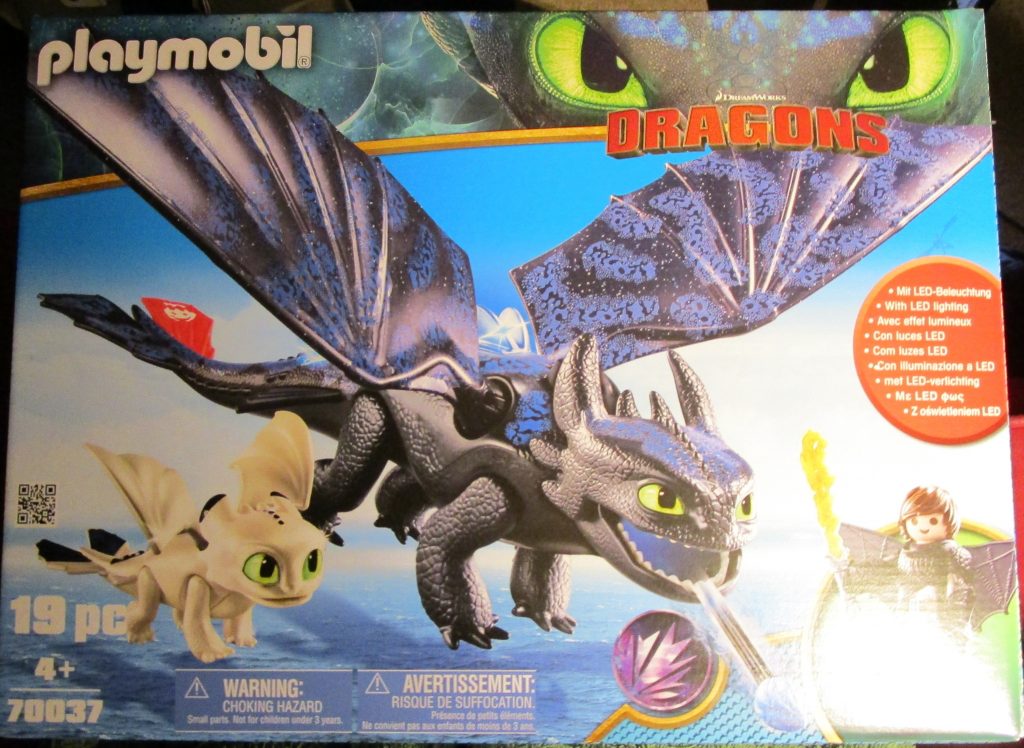 is the 3rd installment to the widely popular franchise. Thanks to Playmobil’s series of How to Train Your Dragon: The Hidden World toys you can recreate your favorite scenes from the movie or make up your very own dragon adventures. The How to Train Your Dragon line looks amazing and we are fortunate enough to have a set for review. The playset we are reviewing is set 70037, Toothless, Hiccup and baby dragon.

The first thing you should know is that there is some assembly required with all of the figures in this set. Assembling the figures is a simple task and should only take a couple of minutes to complete.

Hiccup’s assembly requires:
• Putting his helmet on (additional hair included for use without the helmet)
• Attaching gauntlets
• Placing sword in his hand

As I stated the assembly should take only a couple of minutes for a child, but it may require addition time if an adult attempts the assembly.

Toothless, when fully assembled, is approximately 15 inches long with a wing span of approximately 19 inches across. He does have several points of articulation:
• Wings
• Legs
• Mouth ( when you open Toothless’ mouth he launches a “fireball”)

Toothless requires 1 AAA battery for his light up feature. When you press the button on his back his spines illuminate blue. The light stays on until the button is pushed again.
One other feature, which is important for recreating scenes from the movie, is the ability for Hiccup to “ride” Toothless. The Hiccup figure clicks in behind Toothless’ head. The figure does stay secure even when performing acrobatic flying maneuvers.

Toothless is the main figure within this set and he does not disappoint. This high quality toy is extremely well made and should be able to stand up to years of play. 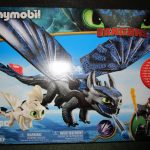 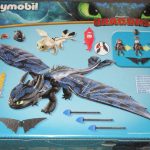 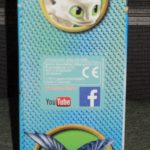 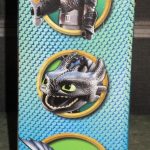 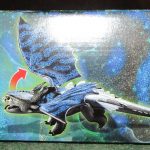 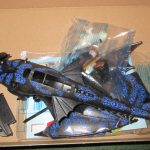 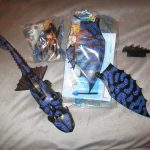 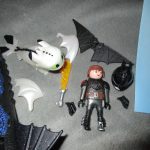 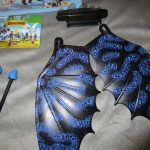 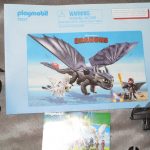 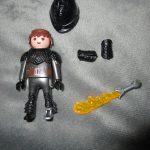 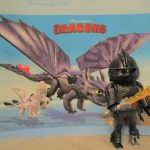 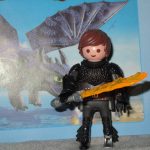 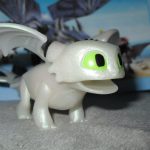 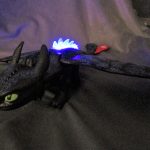 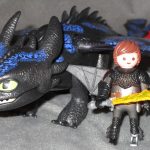 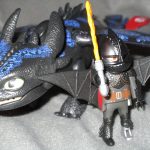 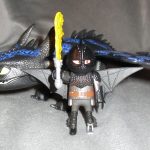 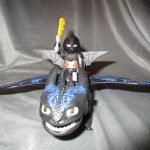 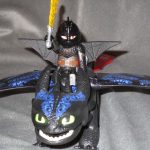 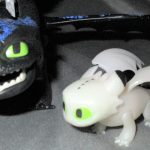 The Hiccup figure is made just like every other human in the Playmobil universe. The figure stands approximately 3 inches tall. His points of articulation are:
• Head
• Arms
• Wrists
• Hips

The final figure in the set is the baby light fury dragon. The points of articulation of this figure are:
• Mouth
• Wings (do not flap but can be folded back)
• Legs

The light fury baby is approximately 3.5 inches long with a wingspan of approximately 4 inches. One thing of note is the wings have iridescence that just would not show up in the photos.

This high quality set is perfect for the dragon lover in your life. Check out the Playmobil website to see what other Dragon sets are available. The How to Train Your Dragon: The Hidden World Toothless, Hiccup and baby dragon set has a suggested retail of $39.99 and is available wherever you purchase toys.