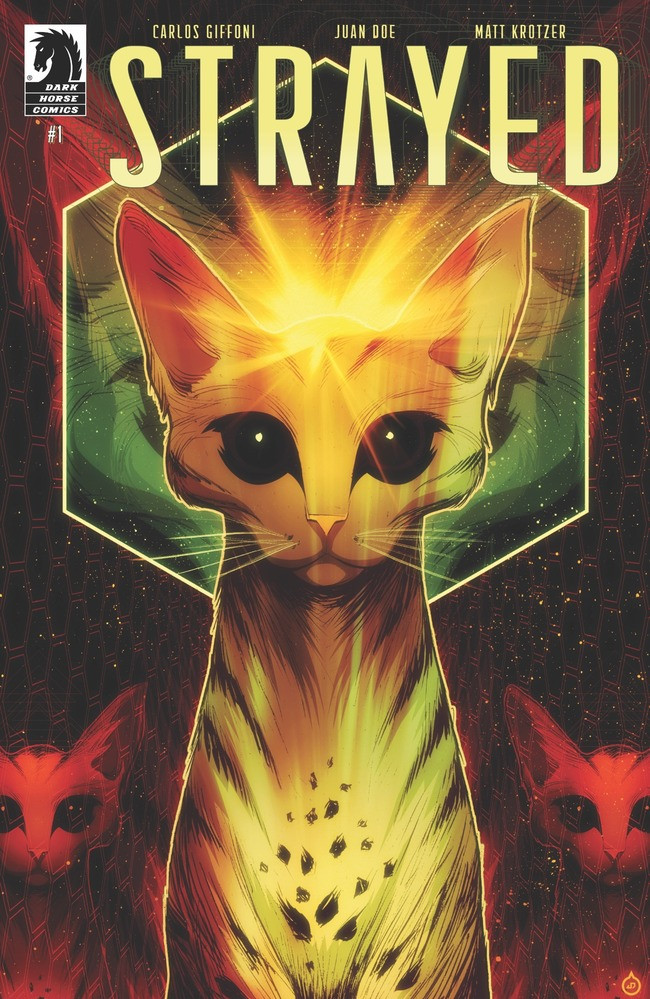 life is bleak. A military-industrial complex reigns over all humanity and is actively destroying distant alien worlds. But there is hope for the galaxy yet and luckily, this hero has nine lives!

The fate of the universe rests in the paws of Lou, an astral-projecting cat and his loving owner Kiara. Desperate to preserve the well-being of billions, their revolt against the status quo is a battle for love, friendship, and the soul of humanity, all brought to you from psychedelic space!

Strayed comes to you from the minds of writer and first-time comics creator Carlos Giffoni, artist and colorist Juan Doe (The Fantastic Four in Puerto Rico, The Legion of Monsters), and letterer Matt Krotzer (House of Fear, Grimm Tales of Terror). They are joined by a host of talented variant cover artists: Dustin Ngyuen, Jim Mahfood, Alexis Ziritt, Matteo Scalera, and Sanford Greene.

Strayed #1 (of 5) arrives in comic shops August 14th and is available for pre-order now at your local comic shop. 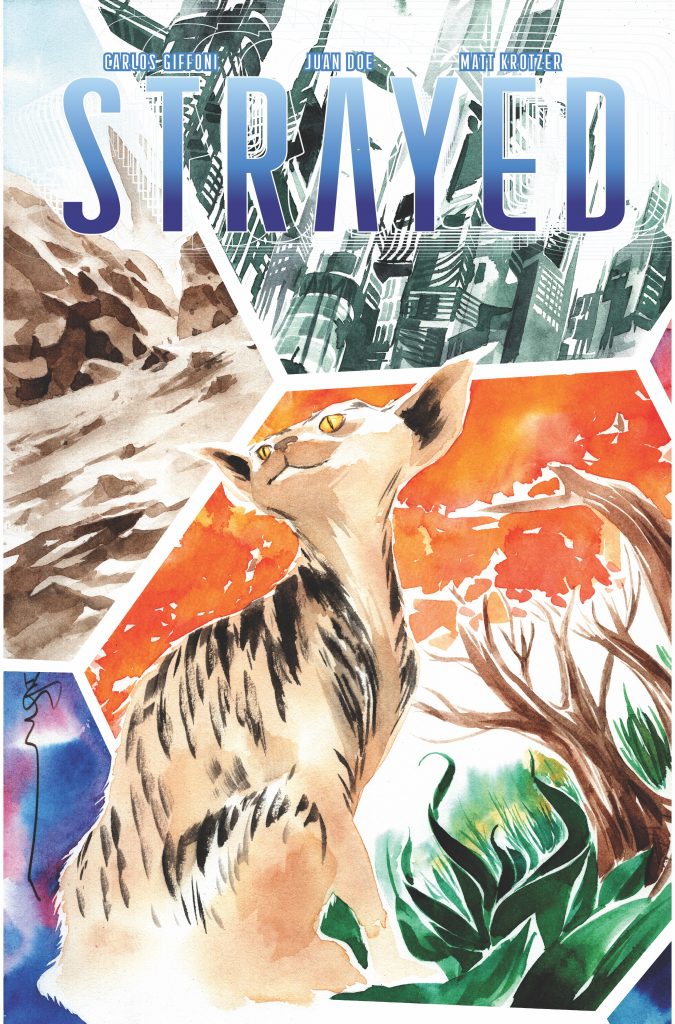 “STRAYED is off to a stellar start, with a wild out-of-body experience and unexpected drama that feels like We3 meets 2001: A Space Odyssey. Get on board and prepare for a trip!” – Jim Zub (Avengers, Dungeons & Dragons)

“A brilliant sci-fi concept brought to life with beautiful, otherworldly art, STRAYED brings the scale of an epic story and filters it through the most engaging of lenses. Don’t miss out on one of the most compelling and unique books of 2019.”- David Pepose (Spencer & Locke)