With a career that has spanned more than 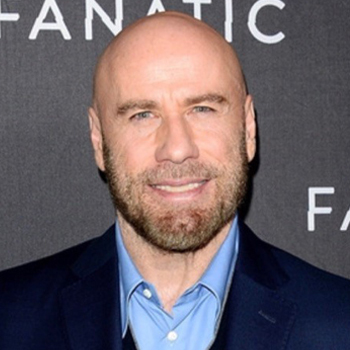 four decades, including some of the most iconic films and television programs in history, John Travolta is a Hollywood superstar of the highest degree. Now fans will have the opportunity to meet him as he makes his Wizard World debut on Saturday, August 24, at Wizard World Chicago. The Pulp Fiction, Grease, Get Shorty, Look Who’s Talking, Saturday Night Fever and “Welcome Back, Kotter” headliner will greet fans, sign autographs, pose for photo ops and conduct an interactive Q&A panel during the 22nd annual event, set for August 22-25 at the Donald E. Stephens Convention Center.

Travolta rose to fame with his portrayal of student Vinnie Barbarino in “Welcome Back, Kotter,” and shot up to icon status as Tony Manero in the 1977 film Saturday Night Fever, Danny in Grease (1978) and Bud in 1980’s Urban Cowboy. He found a new generation of fans a decade later, as James in Look Who’s Talking. Since then, lead roles in Pulp Fiction (1994), Get Shorty (1995), A Civil Action (1998), Battlefield Earth (2000), The Taking of Pelham 123 (2009), Gotti (2018) and dozens of other features have kept him front and center as a top draw. His latest film, The Fanatic, hits theaters on August 30.

Wizard World Chicago will also feature some of the world’s most talented artists and writers, non-stop live entertainment hosted by Kato Kaelin, gaming, exclusive Q&A sessions with top celebrities, movie screenings hosted by stars and directors and more. Details to follow soon, along with programming and entertainment stage schedules.

Wizard World Chicago is also the place for cosplay, with fans young and old showing off their best costumes throughout the event. Fans dressed as every imaginable character – and some never before dreamed – will roam the convention floor and participate in the famed Wizard World Costume Contest on Saturday evening.

For more on the 2019 Wizard World Chicago, visit http://wizd.me/ChicagoPR.

About Wizard Entertainment, Inc. (OTCBB: WIZD)
Wizard Entertainment, Inc. (www.wizardworld.com) produces comic, gaming and pop culture conventions across North America that celebrate the best in pop culture: movies, television, gaming, live entertainment, tech, comics, sci-fi, graphic novels, toys, original art, collectibles, contests and more. A first-class lineup of topical programming and entertainment takes place at each event, with celebrity Q&A’s, comics-themed sessions, costume contests, movie screenings, evening parties and more. Wizard Entertainment has also teamed with Sony Pictures Entertainment to find the next generation of movies as well as to engage in a number of strategic initiatives. Additional initiatives may include an augmented touring schedule of Wizard World shows, fixed-site installations, curated e-commerce, and the production and distribution of content both in the U.S. and internationally. Fans can interact with Wizard Entertainment at www.wizardworld.com and on Facebook, Twitter, Pinterest, Instagram and other social media services.

The 2019 Wizard World convention schedule is available at: http://www.wizardworld.com/comiccon.