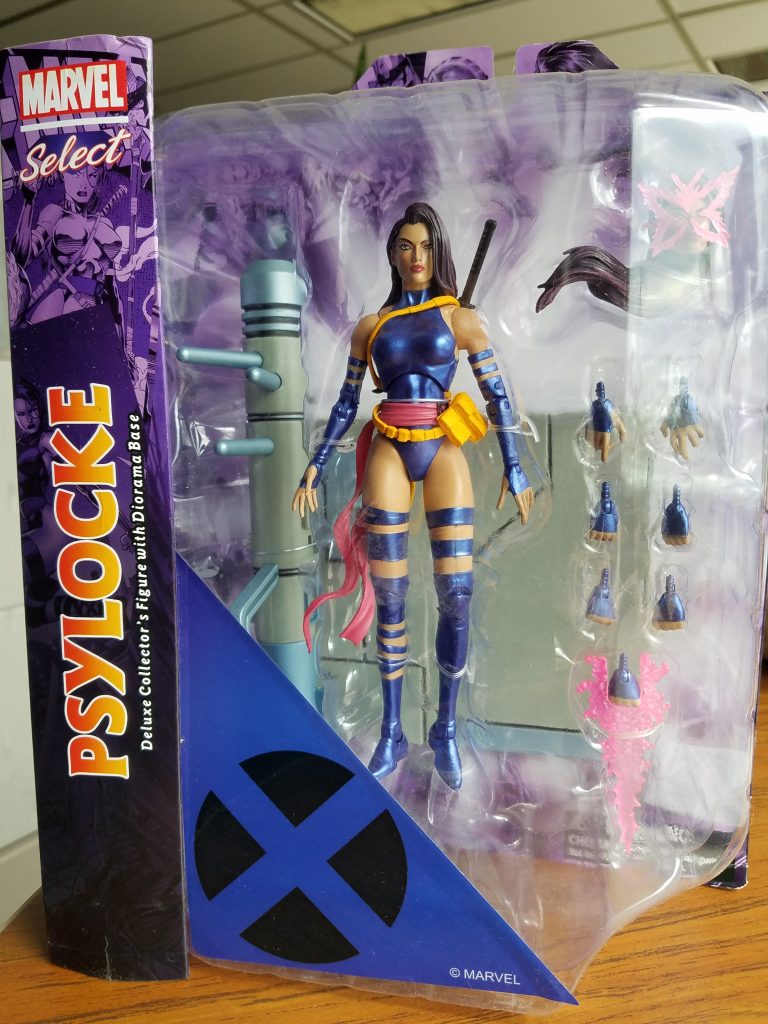 wn by her code name, Psylocke. The character was created in 1976 by Herb Trimpe and Chris Claremont. This mutant is a member of the X-Men and has the power of telepathy as well as the ability to use psychic blasts against her opponents. My favorite of her abilities is her capacity to produce psychic knives. She is a really kick ass character and now, from Diamond Select, she is a kick ass action figure.

We here at Geekstronomy have reviewed many of the Marvel Select figures from Diamond Select Toys and have never been disappointed. There have been some figures with minor issues along the way but overall I have always been impressed by Diamond Select Toys.
The first thing that must be mentioned about the Psylocke figure is the fact that she is gorgeous. The head sculpt for this figure is not modeled after either of the actresses who portrayed her on the big screen. Like DST the sculptors at Gentle Giant do not disappoint.
Psylocke stands approximately 7 inches tall and has multiple points of articulation. These points are:

That is a very impressive list of movable parts. It is my opinion that the more a person can pose a figure is the longer they want to engage with it. Psylocke comes with a fair amount of accessories. These are: 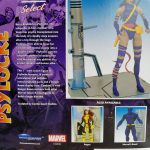 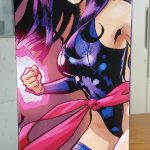 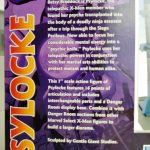 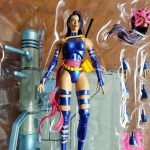 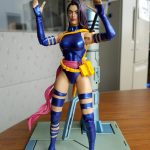 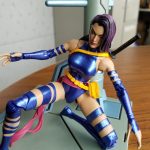 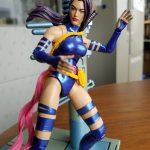 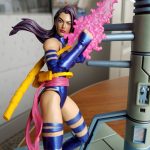 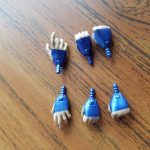 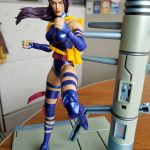 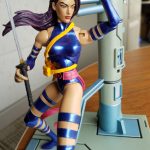 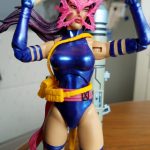 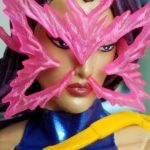 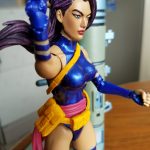 There was only minor detail that I had issues with regarding this figure and that would be the sword holding hands. I could not fit the katana haft into the sword holding hands of my figure. I spoke with our friends over at Diamond and they said this was the first they heard about that issue. I do believe that it is just an isolated incident. I know that with a bit of patience and finesse I should be able to modify the hands to hold the sword.

Psylocke is a great looking figure and she would be a perfect addition to your X-Men collection. Psylocke and 2 other mutants that have been released in this series, Beast and Rogue.

Despite the one minor issue I couldn’t find anything negative with this figure. I am impressed. Psylocke is available now and can be found at your local comic shop or online at the Diamond site. If you don’t know where there is a shop close to you check out comicshoplocator.com.  Though I know I shouldn’t have to say this; Psylocke is not recommended for children under 3 due to small parts.