I have to admit I don’t know much about 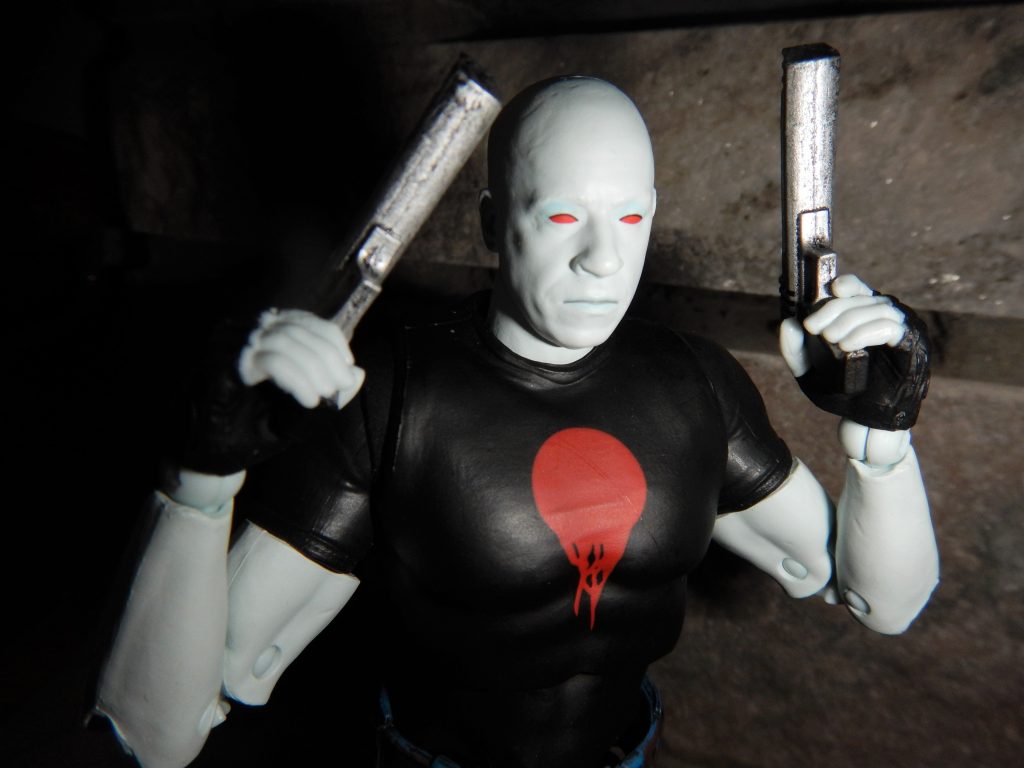 That time has finally arrived. Coming later this month is the Bloodshot movie which stars Vin Diesel in the main role. If you can’t wait, there is a Bloodshot figure from McFarlane Toys that is available now. The 7 inch figure looks just like the actor and has multiple points of articulation. According to McFarlane Bloodshot has approximately 22 points. These are:
• Head
• Shoulders
• Biceps
• Chest
• Waist
• Elbow (double)
• Wrists
• Hips
• Knee (Double)
• Ankle
• Toes

Since Bloodshot is a soldier he also is equipped with several accessories:
• Large Knife
• Machine Gun
• Pistols (2)
• Stand

The pistols fit conveniently in the molded holsters on the figure’s hips. All of the weapons can be held by Bloodshot (though not at the same time). This is a great looking figure but for me it is far from perfect. 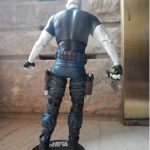 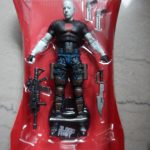 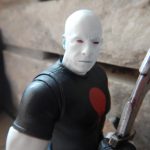 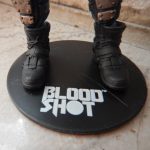 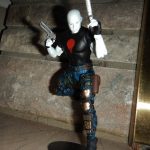 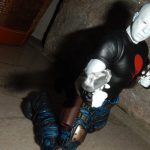 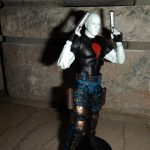 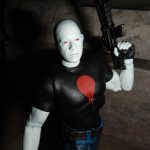 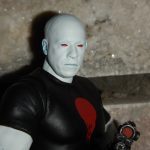 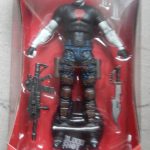 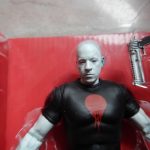 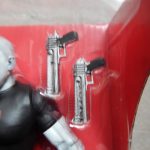 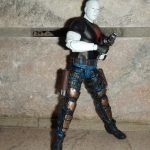 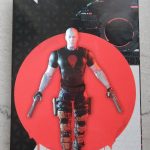 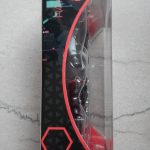 One of the things I dislike about the figure is the shoulder joint. I would have preferred a ball joint for the shoulder but it is just pivot joint; fortunately, the limited motion of the shoulder is offset by the bicep joint. The figure also has a couple of issues with free standing. The addition of the stand does assist with this problem but it does make for limited dynamic posing.

Despite a couple of negative points I do like this figure. One thing I must say is that I am glad we have moved on from the generic face figures of the past. I think the likeness of Vin Diesel as Bloodshot is spot on. Getting the likeness correct is a big plus when depicting an actor but I would expect nothing less from McFarlane. McFarlane Toys has always produced some very highly detailed figures which is why they did such an outstanding job of capturing Vin. Granted, I am sure there was a 3-D scanner used to get the likeness but I am still impressed.

Even though I am not a Bloodshot fan just working with this figure has piqued my interest in the movie. I am sure that I will be catching it on the big screen when it opens.
As for the figure I give it a 7 out of 10 overall positive review. Bloodshot retails for 19.99 and is recommended for collectors ages 14 and up. I think fans of Vin Diesel and Bloodshot will be pleased. So before you start asking, I don’t know if we will see any other Valiant Comics characters in figure form…only time will tell.

Big thanks to the wonderful folks over at McFarlane for supplying the figure for review.