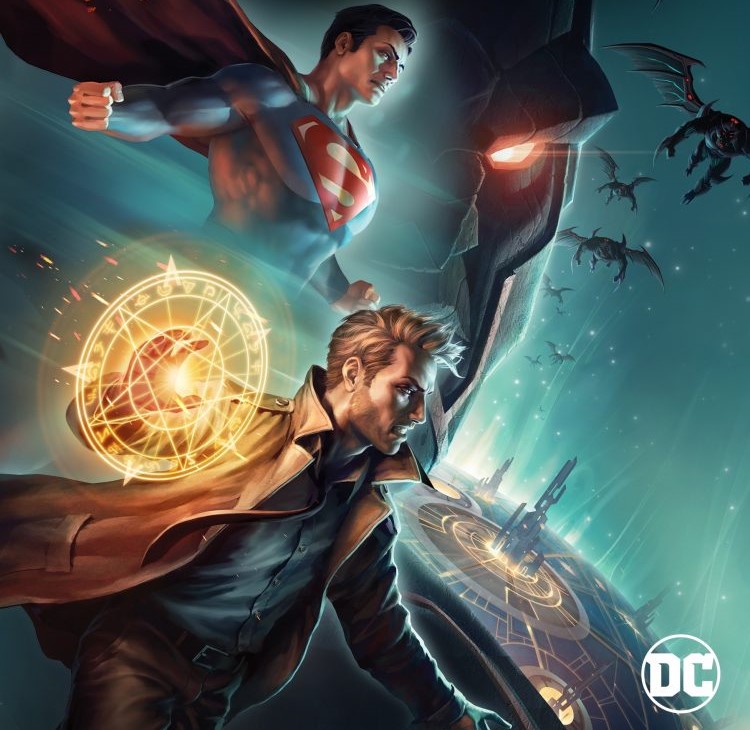 that began with the release of “Justice League: The Flashpoint Paradox” in 2013, “Justice League Dark: Apokolips War” finds Earth decimated after intergalactic tyrant Darkseid has devastated the Justice League in a poorly executed war by the DC Super Heroes. Now the remaining bastions of good – the Justice League, Teen Titans, Suicide Squad and assorted others – must regroup, strategize and take the war to Darkseid in order to save the planet and its surviving inhabitants. This is truly the war to end all wars, and only the victor will live to enjoy the spoils.

Justice League Dark: Apokolips War is the newest release from Warner Home Entertainment and it looks impressive. Speaking of impressive the voice cast is pretty stellar! Matt Ryan (Legends of Tomorrow, Constantine), Jerry O’Connell (Carter, Bravo’s Play by Play, Stand by Me) and Taissa Farmiga (The Nun, The Mule, American Horror Story) anchor the cast as Constantine, Superman and Raven, respectively – the triumvirate determined to assemble the forces necessary to lead humanity’s final attack. Alongside that trio are the long-running core of Justice League voices — Jason O’Mara (The Man in the High Castle, Agents of S.H.I.E.L.D.) as Batman, Rosario Dawson (Briar Patch, Daredevil, Sin City) as Wonder Woman, Shemar Moore (S.W.A.T., Criminal Minds) as Cyborg and Christopher Gorham (Covert Affairs, Insatiable, Ugly Betty) as The Flash – as well as JL-adjacents Rebecca Romijn (X-Men, The Librarians) and Rainn Wilson (The Office, The Meg) as the voices of Lois Lane and Lex Luthor, respectively.

Justice League Dark: Apokolips War is available on Blu-ray and 4K today! Until you are able to get your own copy check out this all-new clip that features a fairly bored Etrigan (voiced by Ray Chase) taking on an entire brigade of ninjas from the League of Assassins. Also featured are Lady Shiva (voiced by Sachie Alessio), Constantine (Matt Ryan) and Superman (Jerry O’Connell).