WaterTower Music is excited to announce 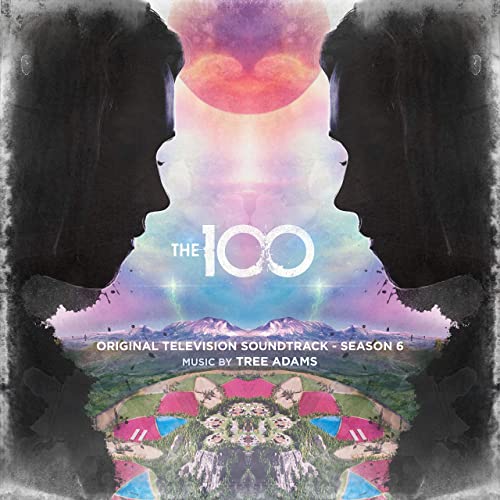 Tree Adams approaches the sound of a wooden spoon mashing potatoes, church bells tolling in Corsica, or air pushing through a tube mic pre with equal interest. Any of these could inspire a fresh way to tell a story with music, which is what he does. Equally at home conducting a large orchestra, programming beats in the studio, cranking out loud guitar solos in an amphitheater or arranging vocal parts with a gospel choir, Tree lives to create original and unique work for his every project.

“The latest Official Soundtrack of The 100 (Season 6), features an expansive new palette as we introduce some new characters and explore some mysterious new worlds,” explained the composer. “Often, things are not as they seem and the very abstract element of time comes into question. Musically, these new components coalesce with our traditional dark, emotional flavors to support the tale in this new place that is distinctly epic and distinctly The 100.”

For five seasons, our heroes did whatever it took to survive on Earth… and nothing worked. Their inability to overcome the instinct to fight caused the destruction of the planet. Now, after 125 years in cryosleep, traveling through the stars, our heroes wake up to a new home, a final gift from their dearly departed friend Monty (Christopher Larkin). A place where they can try again. They’re given one simple task: do better. Be the good guys. With this credo in mind, Clarke and Bellamy (Eliza Taylor and Bob Morley) lead a group down to this mysterious world, hoping to start anew, to finally find peace. But old habits die hard, and when they discover an idyllic society, it quickly becomes clear that not everything on Sanctum is as perfect as it seems. Despite their determination to do better, threats both seen and unseen, internal and external, will once again force our heroes to fight for their lives and the future of humanity.

Over the past 20 years, Tree Adams’ adventures in film and television have given him the opportunity to collaborate with great talent in diverse styles. Current projects include an epic sci-fi score for Jason Rothenberg’s The 100 (The CW), which is rife with dark soundscape, Middle Eastern colors and orchestral themes. Warner Bros./WaterTower Music has released three soundtracks of Tree’s score for The 100.  For NCIS: New Orleans, Tree layers contemporary high energy procedural pulses and textures with New Orleans inflected blues/jazz ensemble elements and voodoo.

Tree’s work can be heard in the upcoming R.J. Cutler documentary Belushi as well as past projects including John Herzfeld’s redemption film Reach Me, the hit Showtime series Californication, Lethal Weapon for FOX, and several TNT series: Perception, Franklin and Bash and Legends.

A true raconteur, Tree will soon release the second of his six issue graphic novel series DUSKRIDERS, each issue complete with an original soundtrack.

Born in Berkeley, raised in New York City, Tree lives on the east side of Los Angeles with his wife and kids.