Equipment: Marvel Select Taskmaster Action Figure by Diamond Select Toys Made it Here Ahead of the Movie

Though the release date for Marvel’s 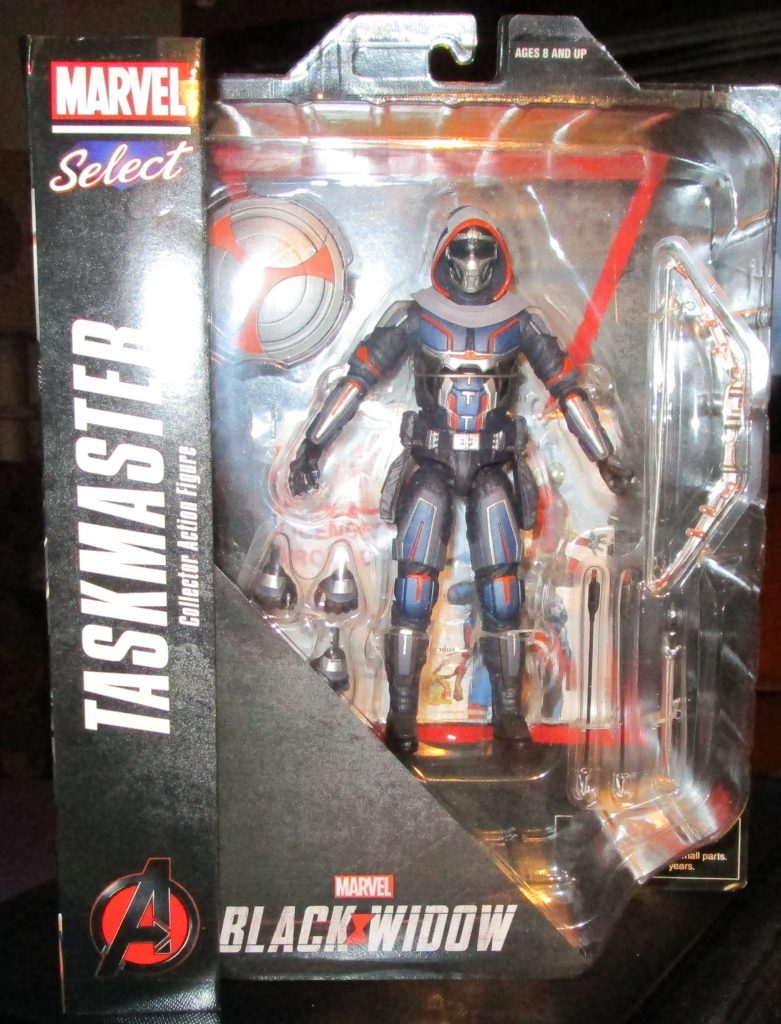 Black Widow movie has been pushed back a couple of times I am still hopeful we will get to see it on the big screen. Even though we don’t have the movie, we do have the merchandise. One of the newest pieces of merchandise is the Marvel Select Taskmaster figure from Diamond Select Toys.

By now most everyone knows that Taskmaster is the big bad in the Black Widow stand-alone movie. Personally I don’t know much about the character and there is always the possibility that his story has changed. What I have been able to gather is that former S.H.I.E.L.D. agent Anthony Masters has the ability to replicate any fighting style he observes. This allows him to use even the most skilled fighter’s moves against them. To me that sounds like pretty cool ability.

The Taskmaster action figure from Diamond Select Toys looks impressive. This figure was designed by Eamon O’Donoghue and sculpted by Gentle Giant Studios. I guess that is why it looks so good. Taskmaster isn’t all looks; he has multiple points of articulation. These are:

The Taskmaster figure stands approximately 7 inches tall and he is sporting his movie costume as opposed to his comic book duds. Personally, I like the movie version costume over the comic book costume. The comic version looks like a Halloween decoration. I think the subtle use of orange in the costume for the movie version is a nice homage its comic book roots without screaming “pumpkin!”. 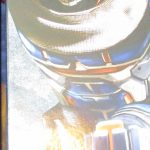 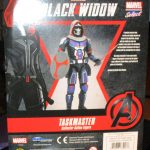 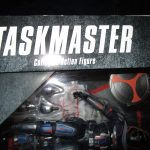 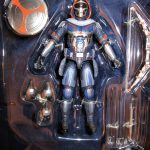 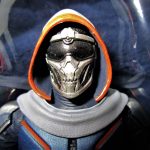 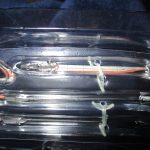 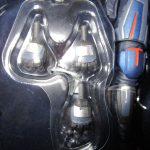 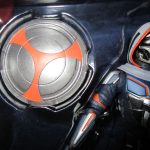 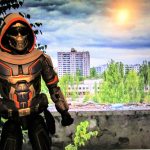 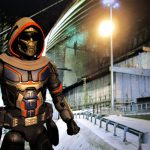 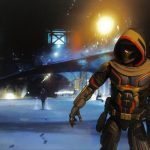 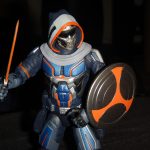 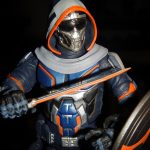 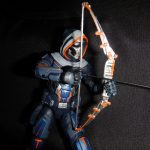 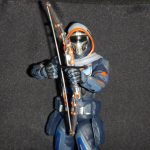 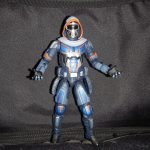 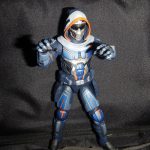 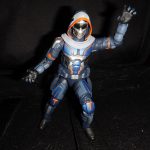 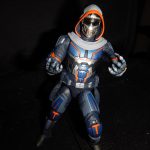 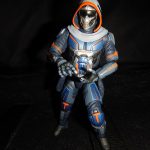 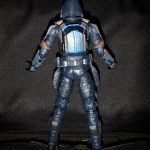 Other than the accessories, Taskmaster also comes with 3 additional hands. These extra hands include two gripping hands so he can hold his various accessories and 1 hand with his claws extended. The match for the hand with extended claws is on the figure already.

I really liked the Taskmaster figure. The only real problem I have with the figure is that it needs to be more poseable. I would have liked double elbow joints and an easier waist. The waist area is below his belt and with as tight as the figure is I was afraid I was going to break off a leg. Despite these issues you can still get the figure into some pretty decent poses.

The Taskmaster figure is recommended for collectors ages 8 and above. He can be found at your local comic shop or ordered directly from Diamond Select Toys here. Suggested retail is 29.99.