Arguably one of the most revered characters 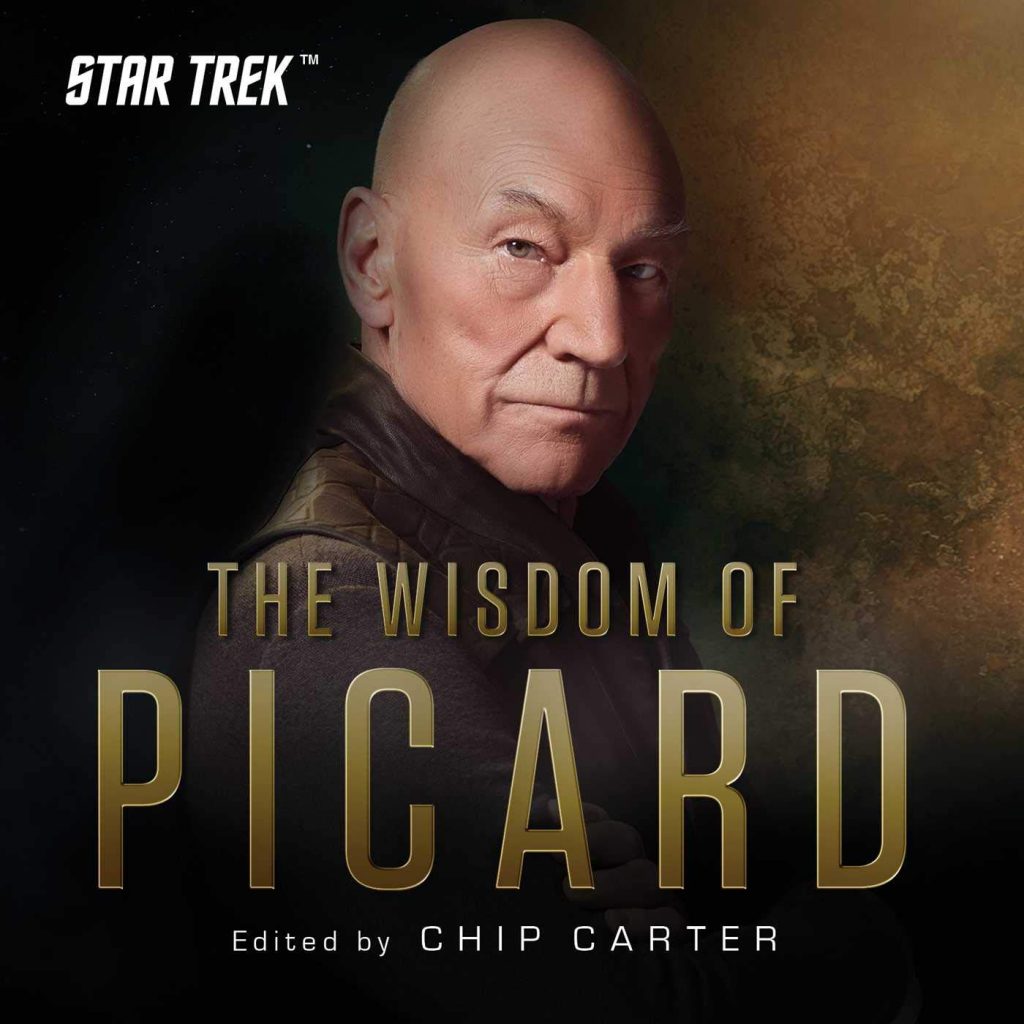 in the Star Trek canon, Star Trek’s Jean-Luc Picard is known as both a man of words as well as a man of action. Now, with the November 10th publication of Star Trek: The Wisdom of Picard, fans of the twenty-fourth century icon can savor the philosophical, introspective, and remarkably articulate musings of the esteemed officer and diplomat in this ultimate collection of sage advice, insights, and wisdom from the deck of the U.S.S. Enterprise and beyond.

From his 1987 introduction in the television series Star Trek: The Next Generation, through four feature films (Generations, First Contact, Insurrection, and Nemesis), to the current CBS All Access series Star Trek: Picard, Jean-Luc Picard has balanced diplomacy and strategy as he’s made first contact with 27 alien species and resolved countless disputes and galactic interactions with his signature charm and gravitas. Diplomat, archaeologist, writer, and historian, Picard was illustriously described by Enterprise security chief Tasha Yar as having “the heart of an explorer and the soul of a poet”.

Both the explorer and the poet are on stage in Star Trek: The Wisdom of Picard, as editor Chip Carter dives deep into the character to log Picard’s most impressive oratory, from his thoughts on leadership and sense of duty to justice and the limitlessness of space exploration. Interspersed with photography illustrating the most celebrated scenes and plot lines featuring the iconic character, this impressive collection of Picard’s most eloquent and thought-provoking quotes make this book boldly go where no one has gone before, delighting and inspiring Star Trek fans across the Galaxy.

STAR TREK: THE WISDOM OF PICARD

CHIP CARTER began his trek into the written word with numerous Star Trek trading cards. After selling a story pitch to Star Trek: Voyager, he wrote the Obsessed with Star Trek trivia book; Star Trek: The Book of Lists; and numerous gift books highlighting Star Trek technology. He continues to write books for other licensed properties, including Aquaman. He is the most trivial person you could know, having written thousands of questions for Trivial Pursuit sets such as The Walking Dead, Harry Potter, SpongeBob SquarePants, The Golden Girls, Supernatural, and, of course, Star Trek.

Simon & Schuster, a ViacomCBS Company, is a global leader in general interest publishing, dedicated to providing the best in fiction and nonfiction for readers of all ages, and in all printed, digital and audio formats. Its distinguished roster of authors includes many of the world’s most popular and widely recognized writers, and winners of the most prestigious literary honors and awards. It is home to numerous well-known imprints and divisions such as Simon & Schuster, Scribner, Atria Books, Gallery Books, Adams Media, Simon & Schuster Children’s Publishing and Simon & Schuster Audio and international companies in Australia, Canada, India and the United Kingdom, and proudly brings the works of its authors to readers in more than 200 countries and territories. For more information visit our website at www.simonandschuster.com