Hard Copy: IDW Teams Doctor Who and Star Trek: The Next Generation 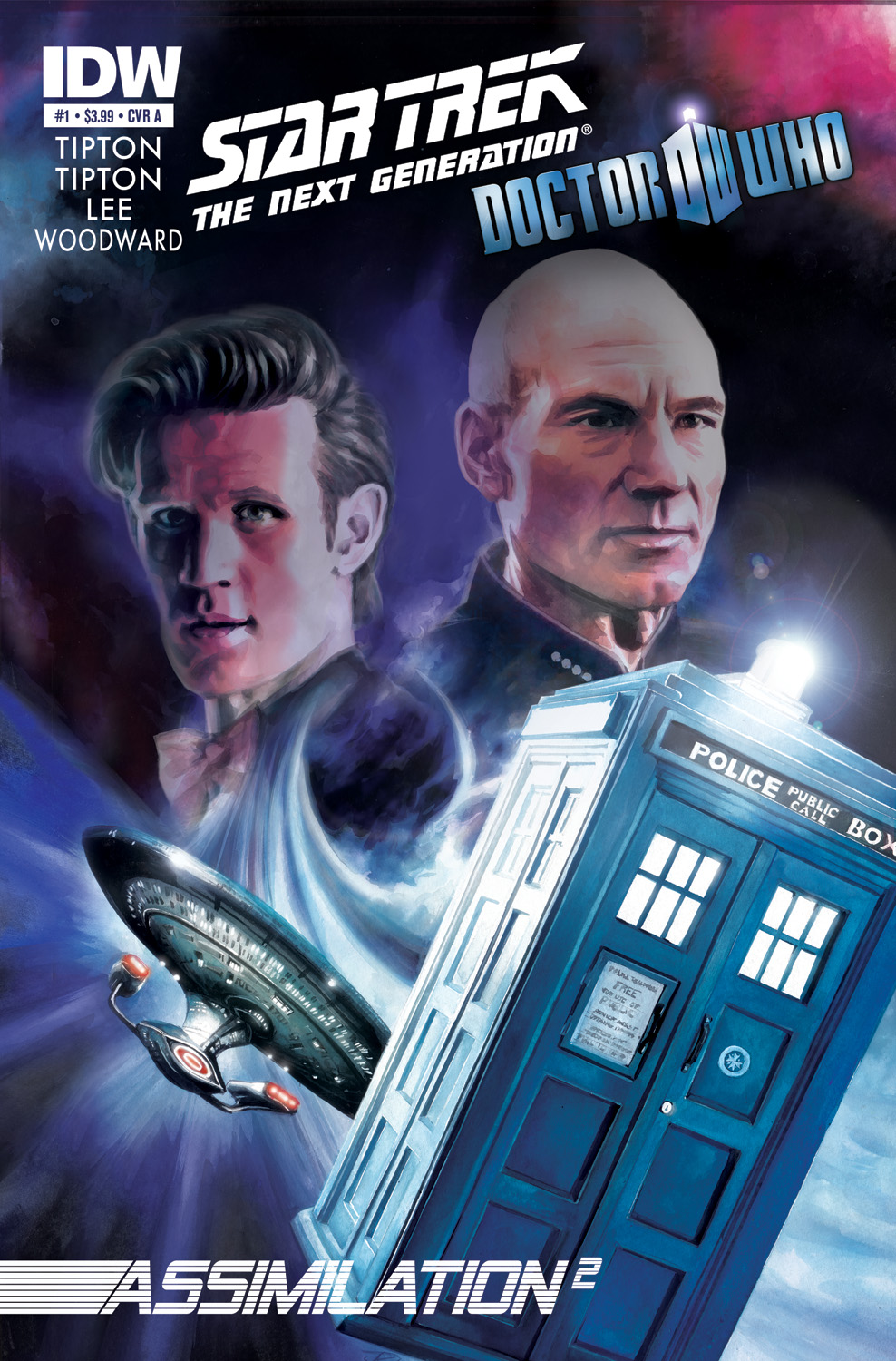 Publishing will make history when two of the greatest science-fiction properties of all time come together in a comic book for the first time. The world’s most popular time traveler teams up with the U.S.S. Enterprise crew in STAR TREK: THE NEXT GENERATION/DOCTOR WHO: ASSIMILATION2, taking fans on an adventure where no man has gone before.

“By joining these two sci-fi powerhouses, fans will be taken on the ultimate adventure through time and space,” said Liz Kalodner, executive vice president and general manager of CBS Consumer Products.

Launching in May, STAR TREK: THE NEXT GENERATION/DOCTOR WHO: ASSIMILATION2 will feature fan-favorite villains the Borg and the Cybermen as they create an unholy alliance resulting in potential disaster for all humanity. Captain Jean-Luc Picard and the crew of the U.S.S. Enterprise find themselves joining forces with the Doctor and his companions, with the fate of the galaxy hanging in the balance.

“We are excited about this new adventure for the Doctor and the fact that he will be travelling with Captain Jean-Luc Picard and his iconic crew. This is a perfect partnership for not only Doctor Who’s incredible fans, but also for the brand. We have just celebrated our most successful year yet. Doctor Who’s latest season delivered record ratings for BBC AMERICA and it was most downloaded full TV seasons of 2011 in the U.S. on the iTunes Store,” says Soumya Sriraman, executive vice president Home Entertainment and Licensing.

This eight-issue series will be written by Scott and David Tipton, the authors of critically acclaimed Star Trek: Infestation, with a helping hand from longtime Doctor Who writer Tony Lee, and will feature fully painted artwork by J.K. Woodward (Fallen Angel).

Fans are encouraged to ask their retailers about the rare wraparound photo cover. Plus, artist Joe Corroney (Star Trek Ongoing) will provide a variant cover featuring the Doctor and friends aboard the U.S.S. Enterprise.

Doctor Who and Star Trek are two hugely successful franchises that began as television series, and have expanded into a number of other media, including comic books, which continue to captivate fans all over the world. Nearly five decades and 1,500 episodes in the making, this is the moment that both Trekkers and Whovians have waited for all their lives!

Visit IDWPublishing.com to sign up for updates and learn more about the company and its top-selling books.

This entry was posted in Hard Copy and tagged Borg, Captain Picard, Cybermen, Doctor Who, Star Trek, Star Trek: The Next Generation, Tardis, The Doctor. Bookmark the permalink.