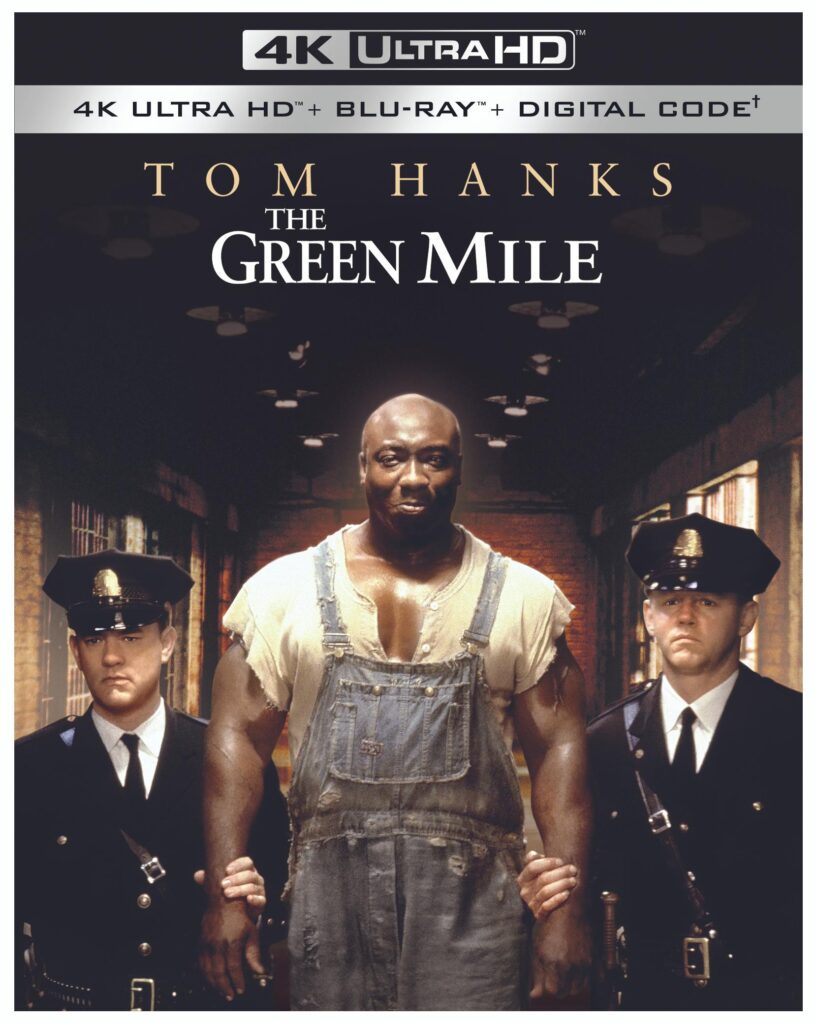 nominations, including Best Picture, Best Supporting Actor for Michael Clarke Duncan, Best Sound and Best Screenplay Based on Material Previously Produced or Published, will be released on Ultra HD Blu-ray Combo Pack and Digital on 2/22/22, it was announced today by Warner Bros. Home Entertainment.

The film was written and directed by Darabont, based on “The Green Mile” by Stephen King, and produced by Darabont and David Valdes.  Mr. Darabont is one of only six filmmakers in history with the unique distinction of having his first two feature films receive nominations for the Best Picture Academy Award:  1994’s The Shawshank Redemption and 1999’s The Green Mile.

Nominated for four Academy Awards, including Best Picture, this emotional film about miracles and the power of redemption stars Tom Hanks as prison guard Paul Edgecomb. When John Coffey (Oscar nominee Michael Clarke Duncan), a giant of a man, is brought to death row, Edgecomb and his fellow guards discover something very unusual about him. Convicted for the sadistic murder of two young girls, but behaving almost like a child himself, Coffey seems to have a supernatural gift of healing living things. Expectations are turned upside down and the guards’ sense of humanity is awakened in this adaptation of Stephen Kings compelling novel.

On 2/22/22, The Green Mile 4K UHD will be available to own for streaming and download to watch anywhere in high definition and standard definition on favorite devices from select digital retailers and will be made available digitally on Video On Demand services from cable and satellite providers, and on select gaming consoles.