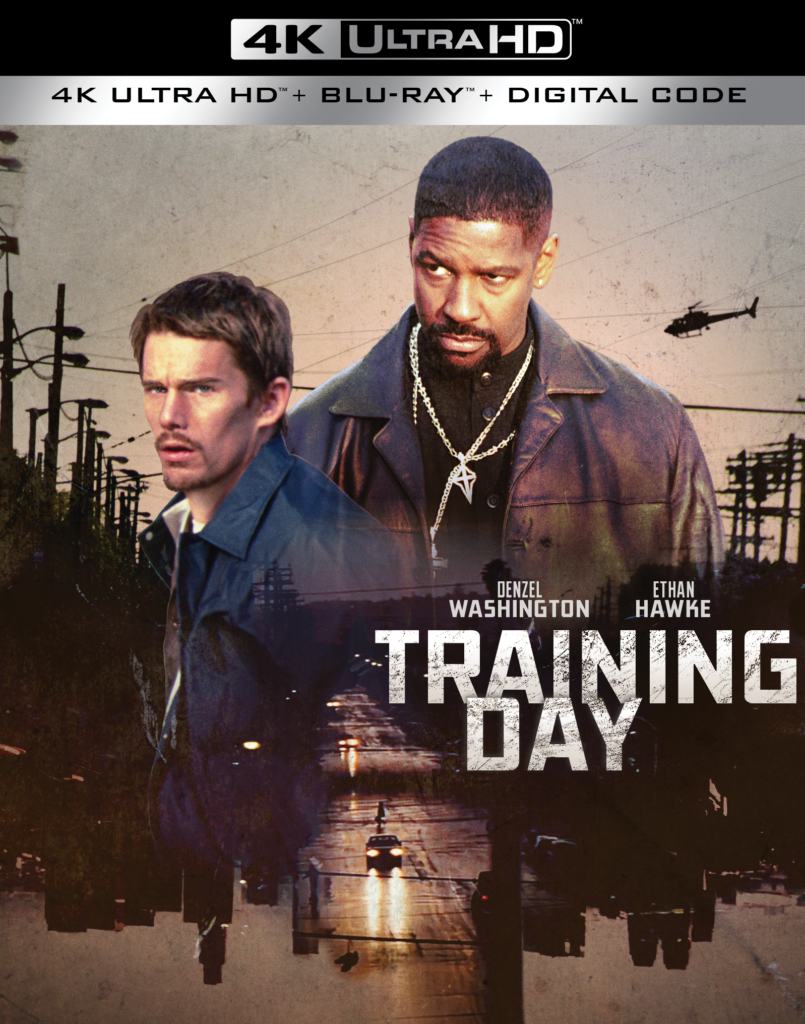 winner Denzel Washington and Academy Award nominee Ethan Hawke and directed by Antoine Fuqua, will be released on Ultra HD Blu-ray Combo Pack on February 28 and Digital on February 7, it was announced today by Warner Bros. Discovery Home Entertainment.

Warner Bros. Pictures’ and Village Roadshow Pictures’ 2001 crime thriller Training Day was directed by Fuqua (Olympus Has Fallen, The Equalizer) from a screenplay by David Ayer (The Fast & The Furious). Washington won the Academy Award for Best Actor for his portrayal of Detective Alonzo Harris, and Hawke was nominated for an Academy Award for Best Supporting Actor for his role as Office Jake Hoyt.

Training Day will be available on Ultra HD Blu-ray Combo Pack for $33.99 SRP and includes an Ultra HD Blu-ray disc with the feature film in 4K with HDR and a Digital download of the film. Fans can also own Training Day in 4K Ultra HD via purchase from select digital retailers beginning on February 7.

Denzel Washington delivers an Academy Award-winning performance opposite Ethan Hawke in this gritty drama set in the morally ambiguous world of undercover police work. Every day a war rages between drug dealers and cops on the streets of America’s inner cities. With every war come casualties, none greater than 13-year veteran Los Angeles narcotics officer Alonzo Harris (Washington), whose questionable methods blur the line between legal and corrupt. Today Alonzo gets a new partner, idealistic rookie Jake Hoyt (Hawke), and Jake has one day–and one day only–to prove his mettle to his fiercely charismatic superior. Over 24 hours, Jake will be dragged into the ethical mire of Alonzo’s logic as both men risk their careers and their lives to serve conflicting notions of justice.

On 02/07/23, Training Day 4K UHD will be available to own for streaming and download to watch anywhere in high definition and standard definition on favorite devices from select digital retailers and will be made available digitally on Video On Demand services from cable and satellite providers, and on select gaming consoles.