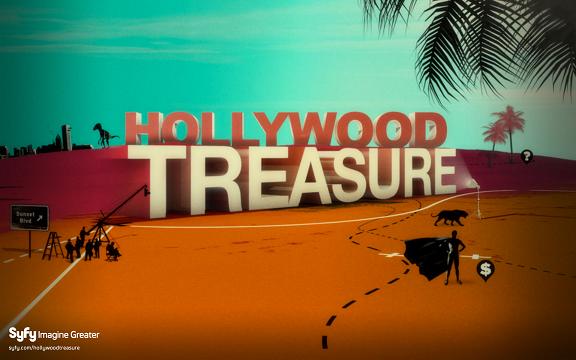 for its second season Tuesday, May 22 at 10PM (ET/PT). Each episode takes viewers into the fascinating world of showbiz and pop culture memorabilia, with the season opener traveling to “Middle-earth” and featuring actor Sean Astin’s Lord of the Rings collection.

Upcoming season two episodes will showcase the Whitney Houston costume from The Bodyguard; the house in American Horror Story; items from the television series Lost; the General Lee from Dukes of Hazzard; the original camera George Lucas used to film Star Wars and Maddalena’s personal Holy Grail – the lost pair of ruby slippers from The Wizard of Oz.

Each episode of the documentary-reality series follows Maddalena – owner of Profiles in History and the world’s largest auctioneer of original movie, television, science fiction, fantasy and pop culture collectibles – as he and his crew travel the globe searching for the most compelling, rare, and sought-after Hollywood memorabilia. During each show, Maddalena also presides over auctions where the collectibles are sold to fans and collectors from around the world.

Some of Maddalena’s previous finds include the Wicked Witch of the West’s hat from The Wizard of Oz and the vintage Chitty Chitty Bang Bang car. Last season, he worked with Debbie Reynolds to auction off her extraordinary estate of film costume and prop memorabilia.