An ambitious young film student takes a daring step for his thesis, but his bold idea may be 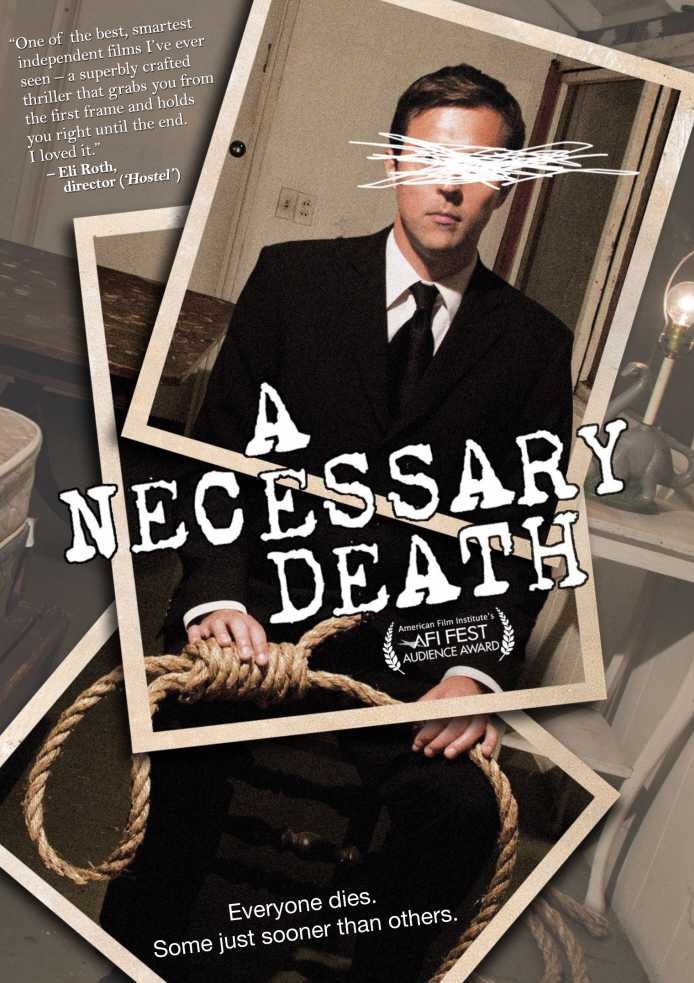 Film student Gilbert (G.J. Echternkamp, Extraordinary Measures) has a novel idea for his final thesis project  find someone who wants to kill himself and follow him through the final days of his life. Gilbert posts a message on the Internet looking for a suitable subject, and after interviewing a handful of people with various reasons for taking their life, he chooses a British expatriate (Matt Tilley) who is slowly dying of an inoperable brain tumor.

Assured that his subject will actually commit suicide on film, Gilbert believes he has found the perfect candidate to explore the nature of the act objectively. It is important to Gilbert that Matt actually kills himself, since his films integrity will be questioned if the outcome is different. But as filming goes on, it soon becomes apparent that the creative process is impacting the man’s road toward death, and before long Gilbert and his crew become more involved than they ever wanted to be.

A NECESSARY DEATH, directed by Daniel Stamm (The Last Exorcism), had its premiere at the SXSW Film Festival in Austin, Texas, and went onto win the Best Feature Film Audience Award at AFI Fest in Los Angeles.

A genuine conversation piece that will mesmerize those who see it, wrote Stephen Farber in The Hollywood Reporter. Provocative, ingenious, compelling and fresh, said The Guardian’s Steve Rose, who wrote,  “It was so well executed, I occasionally forgot I was watching a work of fiction.”  Filmcritic.com’s David Thomas called it a gripping tale, while Scott Weinberg of FEARnet said it is a thoroughly engrossing little film that’s also quite slyly entertaining.