Equipment: Review of The Avengers Quinjet from Hasbro 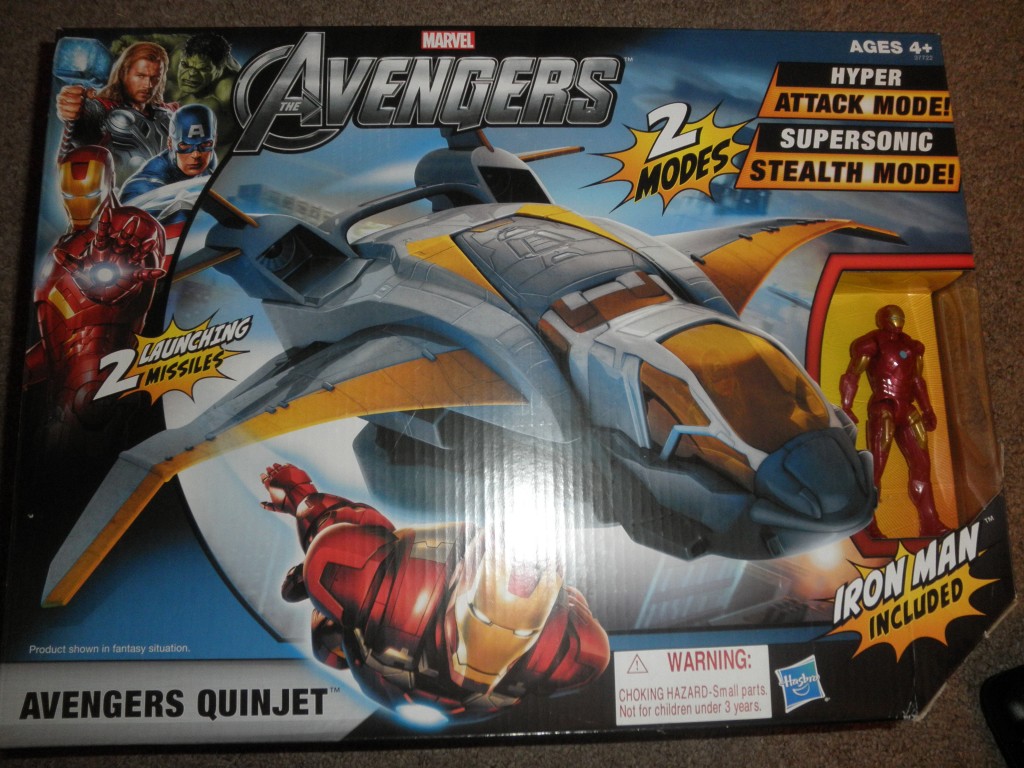 The Quinjet is used for transportation of both S.H.I.E.L.D. agents and the Avengers in the movie as well as in the comic books. This VTOL gets teams into the action fast by traveling at supersonic speeds. The Quinjet was cool on screen and I knew I needed to pick up the toy as soon as it was available.

The Avengers Quinjet is made for use with most 3 ¾ inch figures from The Avengers line as well as other Marvel figures. Please note the use of the word “most” since larger figures 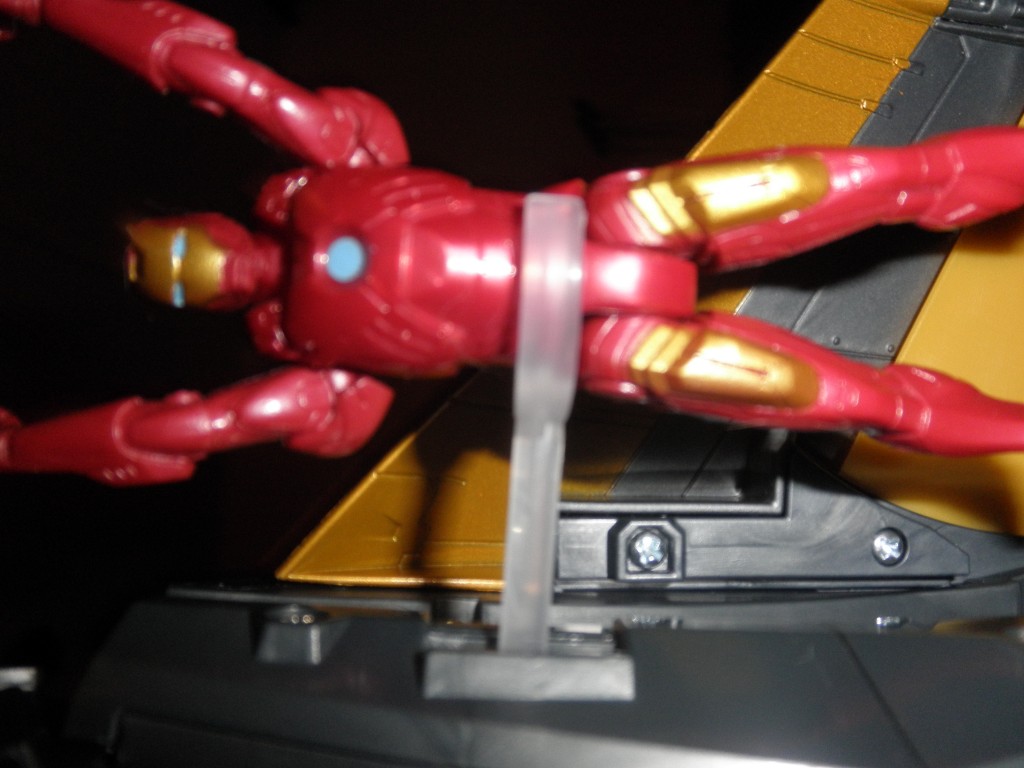 such as the Hulk will not fit inside. The Quinjet holds one figure in the cockpit and another in the cargo bay area in the back. There are also three pegs, one on each wing and one in front of tail section to place figures. You do get a bonus figure with the Avengers Quinjet. An Iron Man figure is included. This figure has very limited articulation with only 5 pose points (neck, shoulders and hips). There is a “flight clip” which can be used to have a character “fly” alongside. The “flight clip” is retractable and can be stored when not in use.

Other features of the Quinjet are retractable landing gear and two flight modes. The Quinjet can fly in either Supersonic Stealth Mode or sliding dorsal fins back switches the Quinjet into Hyper Attack Mode. Hyper Attack Mode opens the wings to reveal the vertical thrust fans and a hidden missile launcher pops up. The missile launcher has two spring loaded missiles that can be launched at your enemy (or your friends if you are under Loki’s mind control).

This other complaint is not a flaw but a preference. Personally I think that the cargo area could have been made to hold more than one figure. If the seats were put along the side as opposed to one seat in the back the cargo bay could have held two figures. Again that may 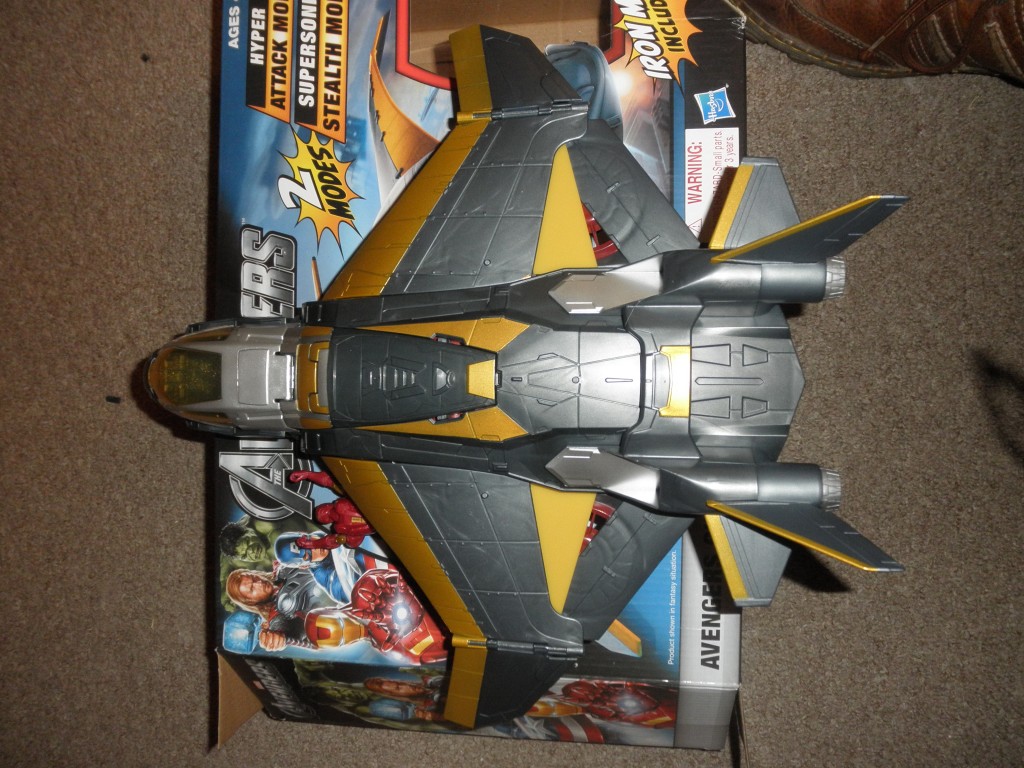 be a size issue but it would increase playability if you could transport multiple troops.
Another minor complaint that I have is that the stickers that come with the Quinjet allow you to only make it an Avengers jet instead of giving you the option of making it a S.H.I.E.L.D. jet. It would have been cool to have the option of making either jet. The other thing I didn’t like is the limited poseablity of the Iron Man figure. The figure would be good for a younger child but older kids would want to be able to do more.

The bottom line is that the Avengers Quinjet is a good toy. This plane has a great look and can be used with not just Marvel but it could be used with G.I. Joes. I do like it and give it a solid 8 out of 10. No toy is perfect but this one comes close. 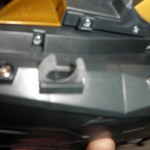 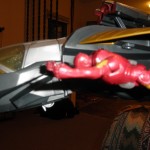 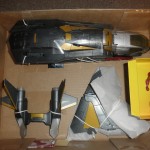 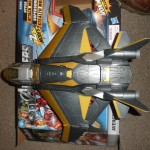 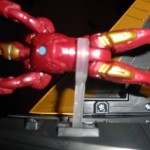 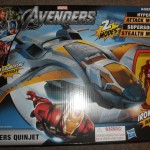