Danny Trejo does what he does best playing a bad ass in the aptly named Bad Ass. Trejo 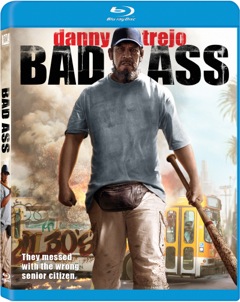 plays Frank Vega a Vietnam vet who has lived on the fringes of society for years. Vega unintentionally gains national attention after he beats up two skin heads on a public bus; thus becoming a cult hero.

The reluctant hero turns vigilante following the murder of his best friend Klondike (Harrison Paige). Frank sets off to find the people involved seeking revenge. Trejo is a poor man’s Paul Kersey (Charles Bronson’s character from Death Wish) kicking ass and literally taking names. His search takes him through the mean streets of Los Angeles where he encounters a plethora of thugs including Panther played by Charles Dutton. What he finds is that this isn’t just street level crime there is a conspiracy that leads all the way to the mayor (Ron Perlman).

The plot is predictable and the acting is over the top. The actors are just chewing the scenery. Despite that, the film does have its moments. Trejo’s character so out of touch 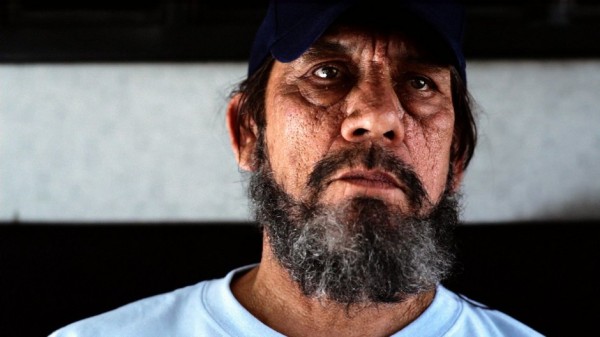 with the world there is a running joke about flash drives. Although Danny Trejo is his usual bad ass self in Bad Ass his wardrobe is comical. Seeing him in cargo shorts, fanny pack and a t-shirt that reads, “I am a motherfucker!” on the back is hilarious. It is a good thing this movie doesn’t take itself too seriously. Humor aside there is a ton of violence in Bad Ass. The one disturbing scene was borrowed from a movie called Rolling Thunder (1977). In Rolling Thunder William Devane has his hand placed in a garbage disposal by the bad guys who are trying to extract information. In Bad Ass this technique is use by Trejo when he questions a thug. You will never reach into a garbage disposal again to retrieve a lost item. Trust me…

All I can say about this movie is that if you are a fan of Danny Trejo you may want to pick up this one at Red Box or put it on your Netflix queue. This is not Machete, hell it isn’t even Spy Kids 2. Bad Ass is watchable…once. The plot is loosely based on the Youtube video that involved Thomas Bruso a 67 year old who had an altercation with another passenger on a city bus. Bruso also wore a “I am a motherfucker” t-shirt in that video. Dialog from that video also made its way into Bad Ass. After Charles Dutton’s character is beaten he utters the word ambulance, pronounced “Amber-lamp” much like Bruso’s opponent did in real life. The credits of the film do acknowledge that the events are based on the Thomas Bruso incident.

Bad Ass was written and directed by Craig Moss (The 41 Year Old Virgin Who Knocked Up Sarah Marshall And Felt Superbad About It).

Remember unless you have a complete Danny Trejo video collection started, just rent this one.