Scale the cliffs of insanity, battle rodents of unusual size, face torture in the pit of despair, 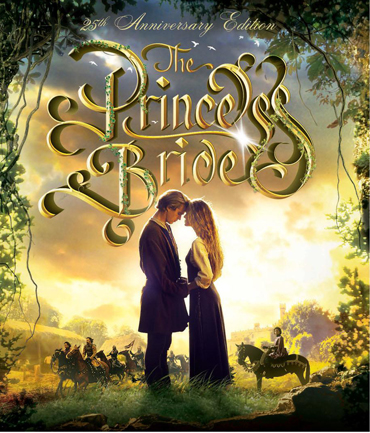 The Princess Bride 25th Anniversary Blu-ray is loaded with special features including the all-new featurette “True Love: The Princess Bride Phenomenon” which includes brand new interviews with Reiner, Elwes, Wright, Goldman, Christopher Guest (For Your Consideration), Chris Sarandon (Fright Night) and executive producer Norman Lear. Additionally, fans will have a chance to vote on the Blu-ray artwork on the 25th Anniversary tab of The Princess Bride Facebook page (www.facebook.com/theprincessbride) beginning June 28. Voting ends July 11 and the fans choice will be revealed on July 12.

· ALL NEW – TRUE LOVE: THE PRINCESS BRIDE PHENOMENON (Pts. 1 & 2) For 25 years, viewers have watched and loved The Princess Bride. But why does it resonate so strongly for all ages? This two-part featurette offers some answers, along with funny and touching tributes from its cast, director, writer and fans.

o Part 1: TRUE LOVE: THE PRINCESS BRIDE PHENOMENON – A Conversation with Rob Reiner, Cary Elwes and Robin Wright. The director and his stars reunite for this lively discussion of the film’s 25th anniversary, favorite fan encounters and memories from the set, illustrated by never-before-seen dailies. 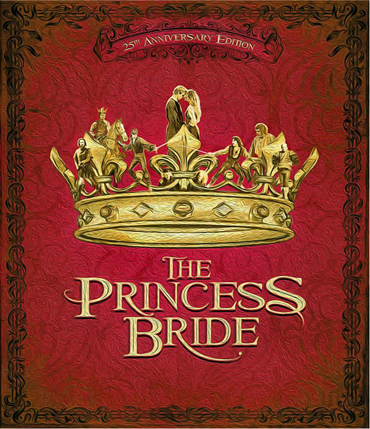