Diamond Select Toys produce some amazing action figures. The level of detail they put into each and every Marvel Select figure is outstanding.

These figures have something for everyone and because of this can be appreciated by both children and adult collectors.
The Avengers is one of the hottest movies of the summer and quite possibly the best superhero movie ever made. Thanks to Diamond Select you can recreate your favorite scenes with these awesome figures. This review focuses on 3 figures from the Avengers; Thor, Iron Man and Loki. The other is the Red Skull from Captain America.

First we have Classic Thor which is a Disney Store exclusive. This Thor figure looks like it 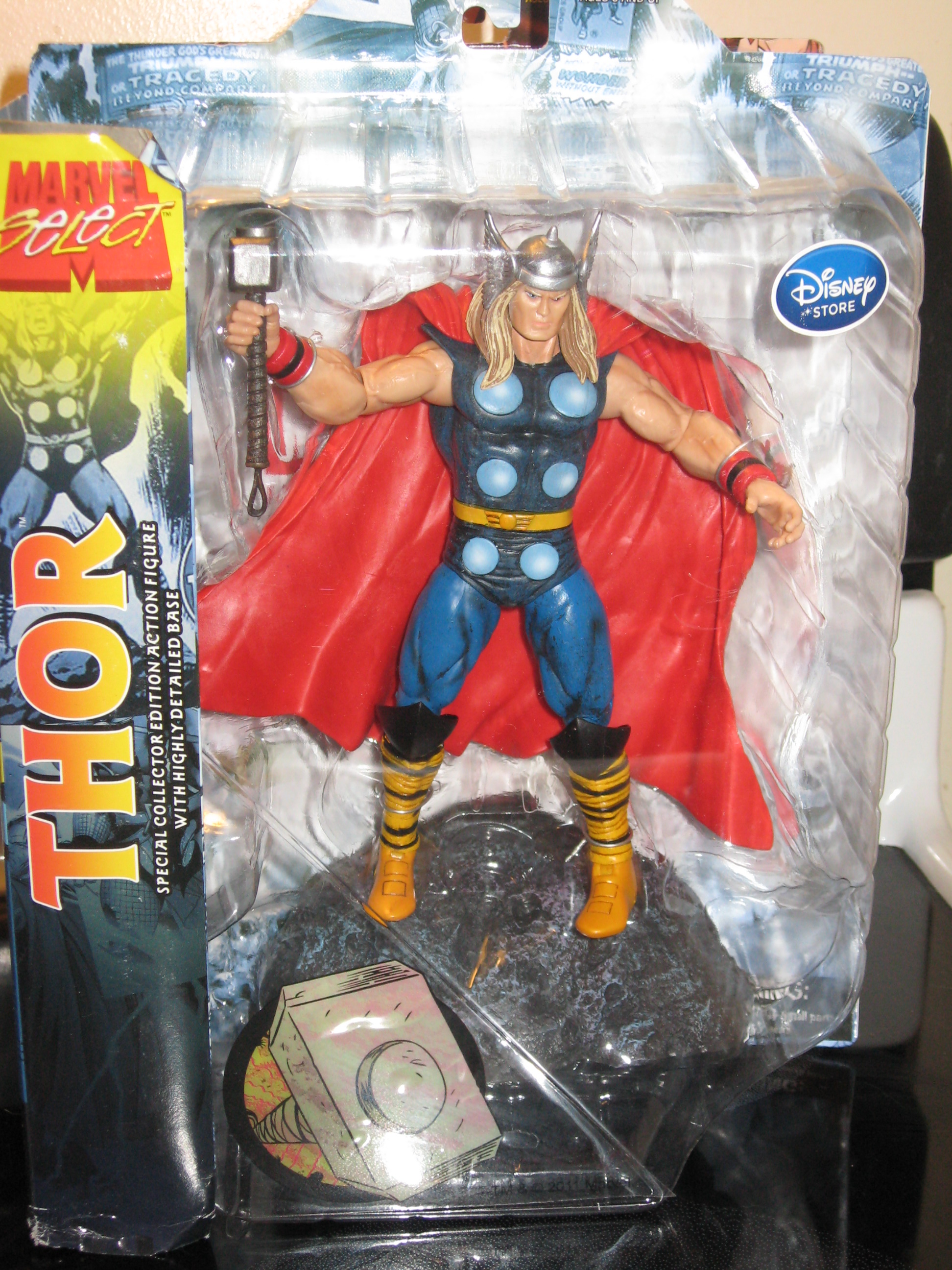 was pulled out of Jack Kirby comic. The God of Thunder in all of his classic glory including the winged helmet. The costume is a little dated but this is the Thor most people grew up knowing. The figure stands approximately 7 and a half inches tall and has 18 points of articulation. Thor also comes with his hammer Mjolnir and a stand for accessories.

Though the figure is great there are some detractors. The first thing that I didn’t like about the figure was the cape. Thor’s cape is a big part of his costume but since it is not removable it limits what you can do with the figure. The other negative point is the lack of poseability in his chest area. Overall the figure is great and has a great face sculpt.

Next up is the Armored Avenger, Iron Man. The detail on this figure i 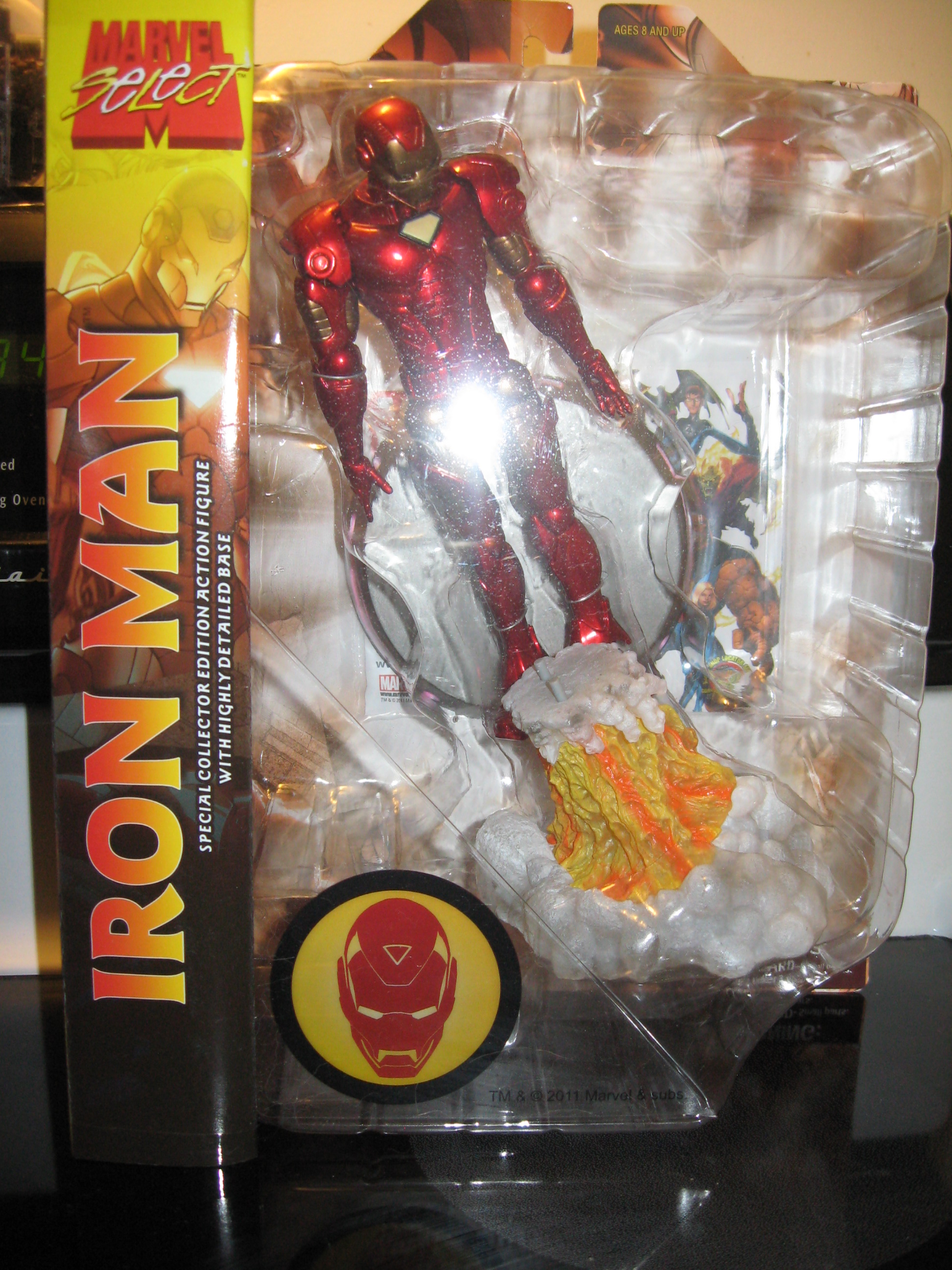 s outstanding. Of all of the Marvel Select figures that I have reviewed/played with this one has to be my favorite. The sculpt of the figure is absolutely spot on with a great paint job. The metallic paints look great with the red’s shinier gloss a perfect contrast to the gold’s matte finish.

The Iron Man figure stands slightly over 7 inches tall and has approximately 18 points of articulation. Although the figure has these multiple points of poseability there are a couple that are missing. Aside from the lack of chest movement the figure would benefit from moveable wrists. The figure’s wrists do spin but the need to move up and down. Iron Man needs to be able to use his repulser beams. Though these are missing it is still a beautiful figure.

Iron comes with 2 stands: one is just a round disc which is a great way to display the armor and the other one is molded smoke and flare. The second one gives a great sense of movement. The flame base is a great addition to an excellent figure. I really like this figure.

Now for the villains… Even though we didn’t have a Captain America figure to review we do have his arch-nemesis, The Red Skull. Johann Schimdt who (and we are using the movie origin) was transformed by the super-soldier formula into a powerful, yet disfigured psychopath called The Red Skull. Well, maybe he was a psychopath beforehand…

The Red Skull figure is dressed in black with silver accents as he was in the film, Captain America: The First Avenger. This costume is one of the things that makes him look cool 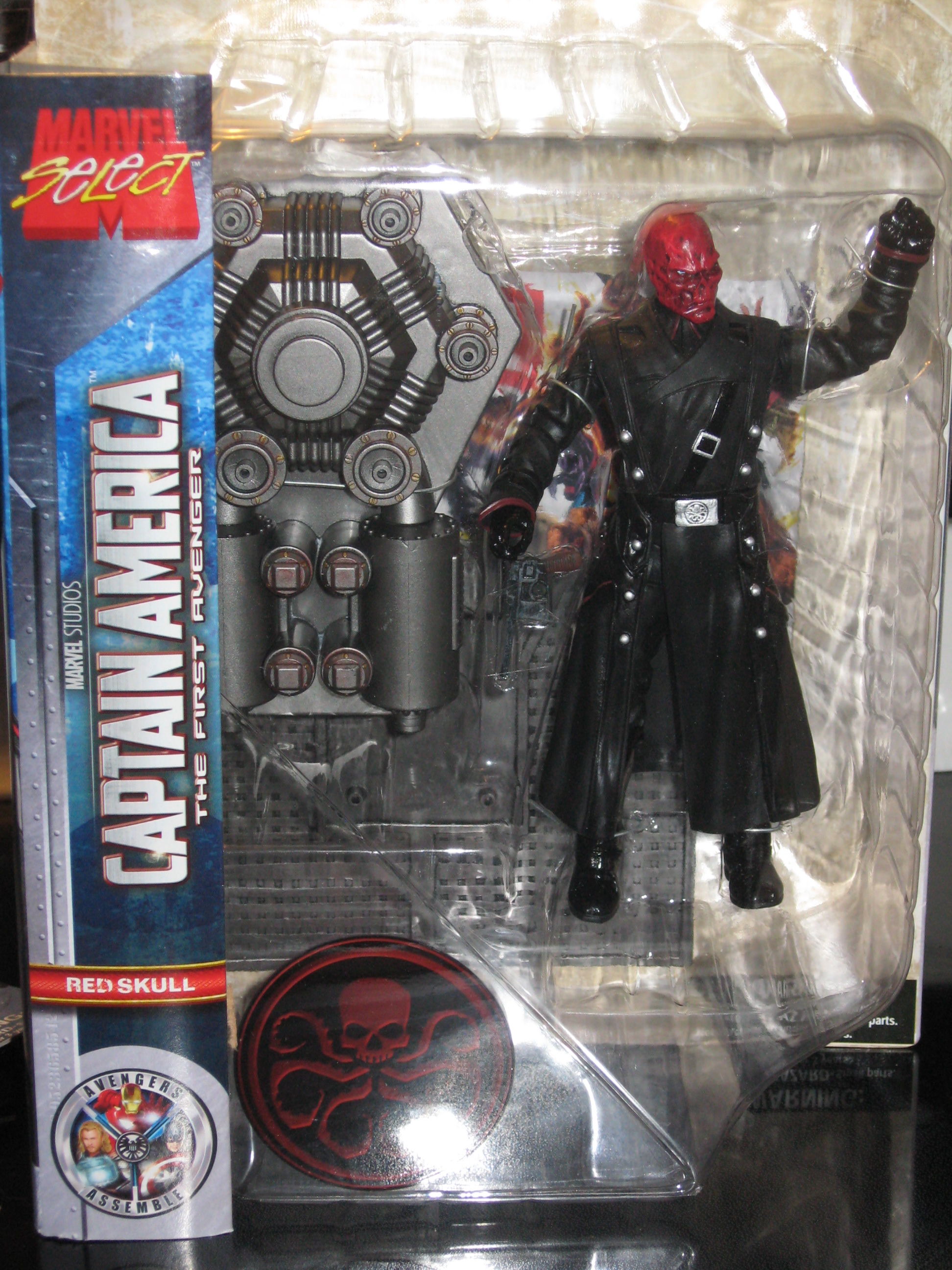 but it also keeps the Red Skull from moving to his full potential. It is Schimdt’s long coat that limits his movements. This figure has 18 points of articulation but sadly his poseability is limited.

Standing slightly over 7 inches tall The Red Skull will look good on your shelf. The Red Skull comes with a C-96 Mauser pistol and a stand that looks like some sort of Hydra machinery. The stand interlocks with the Captain America stand to make a complete scene for display.

The sculpt of the Red Skull is highly detailed right down to the Hydra symbol on his belt buckle. He is a work of art.

Last up but certainly not least is the God of mischief himself, Loki. This figure is the movie 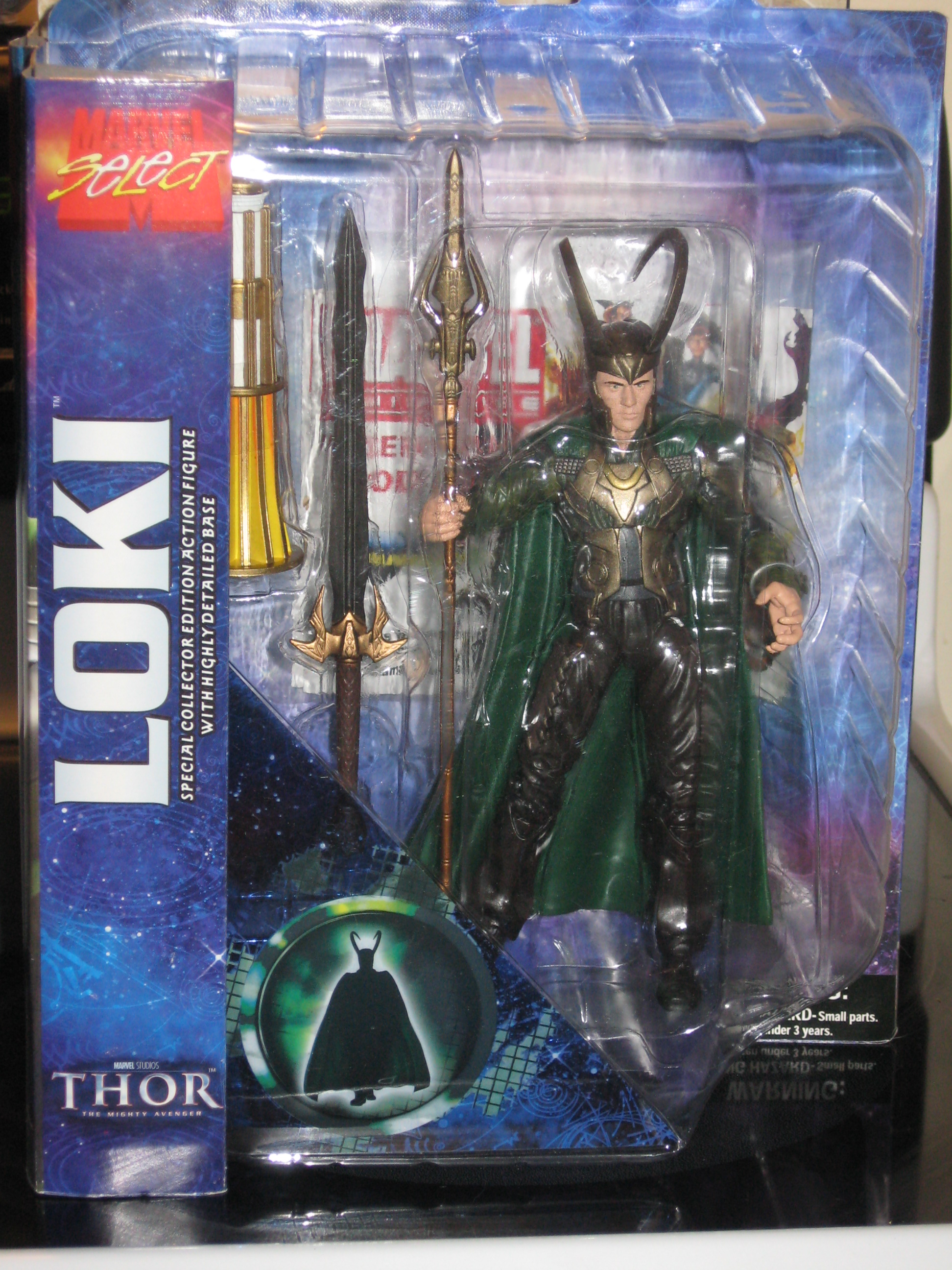 version modeled after actor Tom Hiddleston. This figure does a great job conveying the malevolence of Thor’s step-brother. This is the guy who went from terrorizing Asgard to trying to conquer the Earth.

The Loki figure measures 8 inches from the top of his horned helmet and has approximately 18 points of articulation. This figure, much like the Thor figure we reviewed, is slightly hindered by the presence of a non-removable cape. This figure does have a joint at chest level giving it more posing potential. This is something that the other figures in this review could have used.

Aside from that Loki is a great figure. He comes with a lance as a weapon and Heimdall’s sword with the pillar it fits into; this probably fits into the Thor figure’s base completing a scene.

You can pick up these amazing figures at your local comic shop or the nearest Disney store. I’ve seen these at the Disney store…they have a whole section, so go pick them up now. These retail for $21.99 and are worth the price. 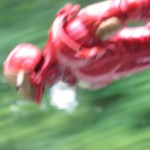 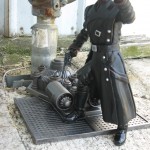 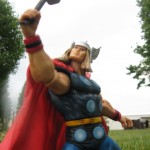 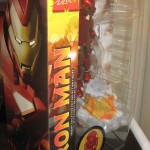 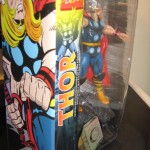 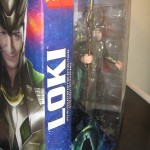 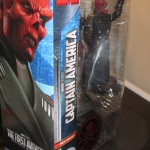 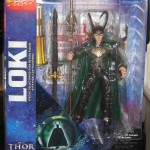 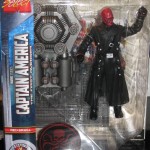 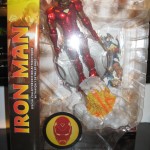 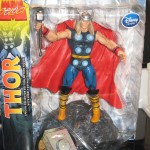