Soundwaves: Review Captain Power and the Soldiers of the Future Soundtrack 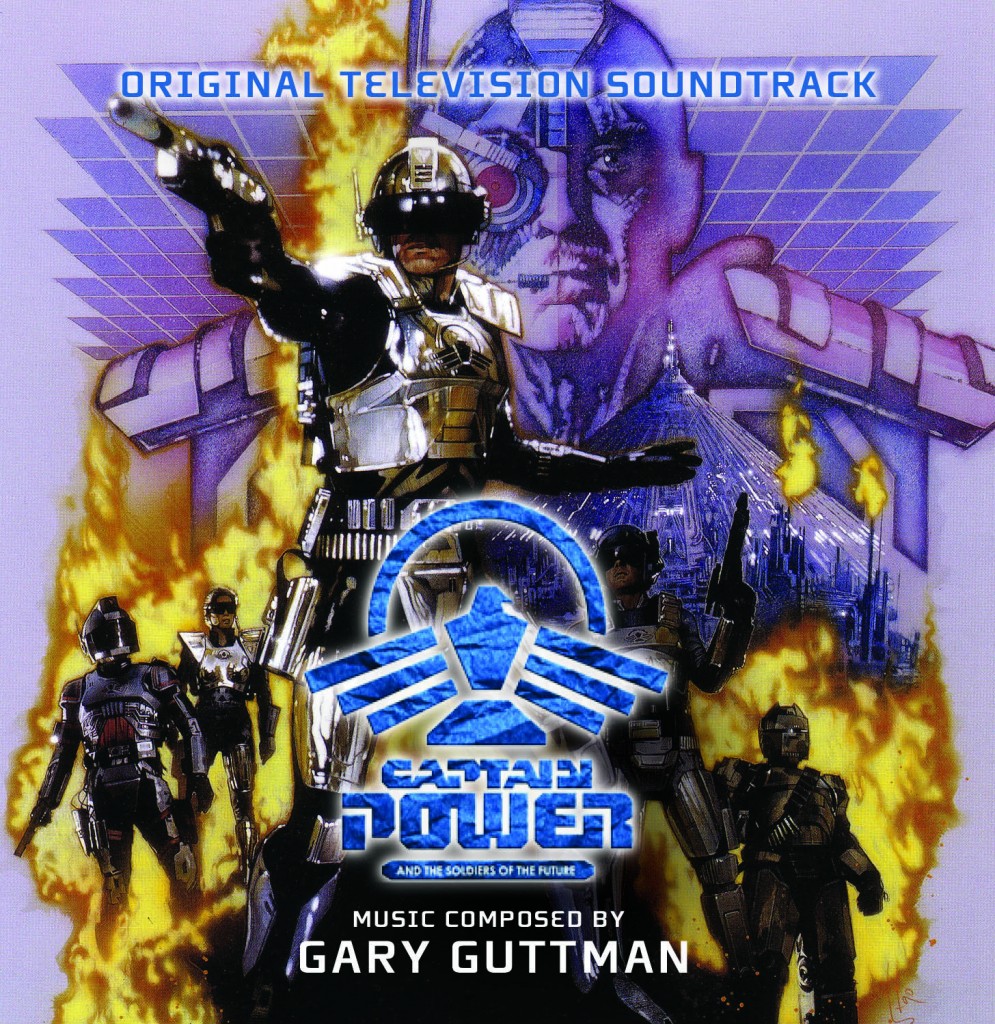 oldiers of the Future soundtrack, I need to set the scene for you. If you must know, I am that guy. I am the guy you pull up next to at a stop light, with my music a couple of decibels above what it should be in public. Unlike the typical miscreant who is blasting some poorly rhymed Rap song, you are more likely to hear something from Bear McCreary or one of the many incarnations of Star Trek coming from my speakers. I try to be considerate to those around me but, with the windows rolled down and the sunroof open it is hard to hear the music while I am flying down the highway. Consequently the music must be loud.

Knowing these facts I will continue. I pulled off the highway and proceeded into town. This town is a college town whose population swells when fall semester starts, and on nice days such as this one, there are cars and people everywhere. I pulled up to the light. Next to me was an older model Jeep without a top or doors, its passengers free to take in their surroundings. As luck would have it, there were 5 attractive females in said vehicle and when I pulled up to the light they looked over. I made eye contact with the driver. She was a raven haired beauty with skin that had been lightly kissed by the sun giving it a slight bronze hue. She smiled at me and I returned the courtesy. I glanced away briefly and picked up my new CD. I removed it from its case inserted it into the player. The radio went silent for a second as the CD queued up. I glanced again over to the women in the Jeep. I was doing my damnedest to look cool. I gave a slight half smile right as my speakers returned to life. As the speakers blared to life those around me were treated to words, “Power on!” The driver next to me let out a slight chuckle and the intro to one of the most dramatic children’s shows ever played on. I looked toward the light and accelerated away at the first sign of green. Don’t get me wrong I wasn’t embarrassed about what I was listening to it is just that the voiceover caught me off guard.

I have to admit I was happily surprised that a soundtrack for Captain Power followed the DVD release. I vaguely remembered the music from when I was younger and I was sure that I wanted to pick this up. There aren’t many, if any, soundtracks for children’s shows. This is mostly because the music isn’t usually memorable. That can’t be said about Gary Guttman’s score for Captain Power and the Soldiers of the Future. The soundtrack, much like the show, was very ambitious and ahead of its time. The CD has a total runtime of 41:08 which seems to consist of every scrap of music they had.

The CD is broken down into 40 total tracks with the majority of the tracks being mere seconds. As much as I enjoyed Guttman’s score there wasn’t enough “meat” to it. Less than half the tracks (18) are over a minute long with only 3 tracks clocking in at more than 2 minutes. The short tracks are just that short and may only consist of a brief trumpet fanfare. Track 14 (Sauron) seems like just the same notes repeated over and over for 30 seconds. One of the longer tracks, Track 38 (Flame Street) sounds very dated. This track was trying to be hip and futuristic but just fell flat. It is the track that seems to be screaming, “Hey people this is the future!” These short tracks would work as ringtones on your phone.

There are some stand out tracks on the CD including track 1 (Captain Power Opening), track 8 (Air Battle), track 34 (Captain Power End Title) and track 40 (Captain Power Opening 2012 Version). “Air Battle” is probably my favorite track on the entire CD. The last few notes of this track are very reminiscent of James Horner’s soundtrack for Star Trek II: The Wrath of Khan. To me it sounded very heroic and grand.

Although this soundtrack may only really appeal to the diehard fans, these fans will love it. The soundtrack for Captain Power and the Soldiers of the Future will transport you back to your youth. While you listen you may imagine yourself walking down the war torn streets of the year 2147; or you may break out your old toys to play. Either way, you should consider picking this up. After all, how often do you get to be a kid again?

Captain Power and the Soldiers of the Future soundtrack is a limited edition and retails for $15.98 and can be purchased here.