IDW Publishing, in conjunction with HBO, is pleased to announce that the first collection 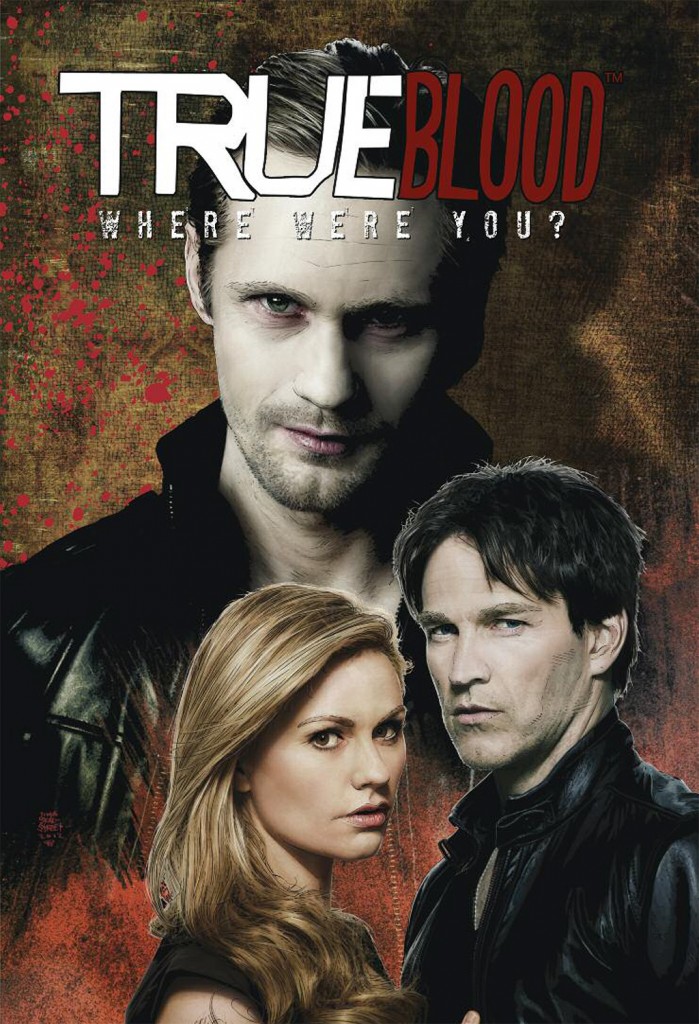 “I’m so excited to help launch the True Blood ongoing series,” McMillian said. “The TV series created such a rich mythology, the possibilities for exciting stories starring Sookie Stackhouse and the citizens of Bon Temps are endless. This first volume flashes back to where Sookie, Eric, Bill and Alcide were when vampires came out of the coffin while they fight a bold new vampire villain in the present!”

In TRUE BLOOD: WHERE WERE YOU? readers will learn the beloved cast of characters’ roles in and reaction to the “Great Revelation,” the day when vampires revealed themselves to the world. Sookie and the entire crew look back and reflect on the day that changed their lives forever. Do you remember where you were the day vampires came out of the coffin?

“Our various TRUE BLOOD miniseries proved so popular, an ongoing series was a no-brainer. And we were lucky to have assembled such a talented team to produce it,” editor Denton J. Tipton said. “This book represents months of their hard work as well as that of the tremendous folks at HBO and Your Face Goes Here Entertainment. I think you’ll be able to see that effort in these pages.”

Loved by fans and critics alike, True Blood, the sensually sizzling story of the lives and loves of vampires, mind readers, and all manner of creatures, has become a huge success in both comics and television with a mythology sure to thrill and delight for years to come.

Visit IDWPublishing.com to sign up for updates and learn more about the company and its top-selling books.