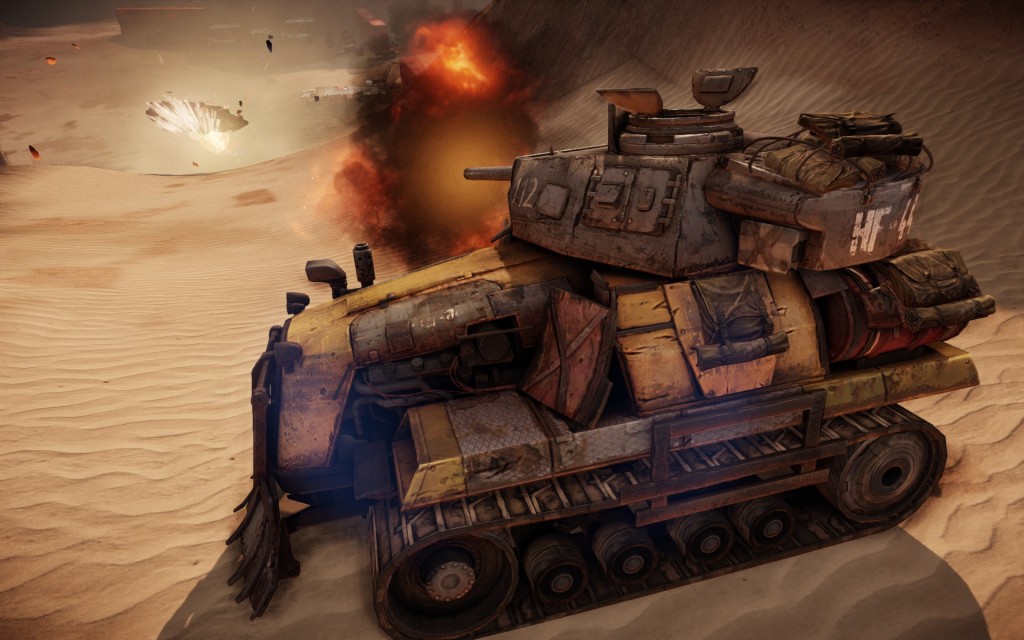 -player, post-apocalyptic first-person shooter, is receiving a massive free DLC boost replete with new weapons, vehicles, one new map, and more, just in time to hit Steam’s Winter Holiday Sale. Ravaged, normally priced at $9.99, is now on sale at Steam for $4.99 that started Thursday, December 20, and lasts through Friday, January 4, 2013.

Ravaged, which is already packed with more than 40 land and air vehicles and weapons, will see incredible new vehicles such as the monstrous Tractor Tank, new heavily armored Mini-Copters, a variety of weapons such as AK-47s and M16s, a new Nail Gun, VOIP, and more to complement the already robust game.

“This new DLC Pack is a gift from us to our community,” said Boris Ustaev, founder at 2 Dawn Games. “We strongly believe this new assortment of maps, vehicles, and weapons will increase the chaotic team-based fun so many people have already enjoyed with a whole new level of depth and replayability. And the best part? It’s free.”

Unlike other publishers that have dropped dedicated PC features over the years, Ravaged supports a surplus of them including public dedicated servers, competitive support, advanced graphic settings such as Eyefinity and Crossfire, and the anti-cheat system FairFight by GameBlocks, which deters cheating. Ravaged is available at the exceptional value of $9.99, and the multi-unit “Clan Pack” containing four games and normally sold for $39.99, is also on sale for $29.99 (a $10 discount).

Ravaged is rated M for mature due to the violent subject matter, and is not intended for younger audiences.

Look for more DLC updates to Ravaged in 2013. For more details on DLC and community events such as “Hunt the Devs,” listen to the development team’s regular podcasts on 2dawn.com. Be sure to follow 2 Dawn Games on Twitter and Facebook.