Hard Copy: A Review for Star Trek: The Art of Juan Ortiz from Titan Publishing 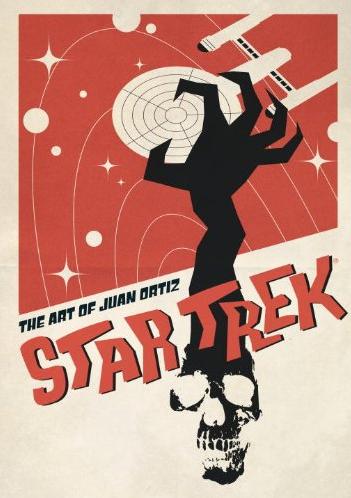 orning a shot glass from Entertainment Earth. I found it striking and unique; as far as I knew no one had ever made “movie” posters for the individual Star Trek episodes. The art had a nostalgic pop art look that seemed to come straight from the 1960’s.

I never seriously considered collecting the 79(80) shot glasses needed to complete what is surely a magnificent set because, honestly, where the hell was I going to put all those glasses. Fortunately, Titan Publishing has collected Juan Ortiz’s amazing art in one oversized book aptly titled, Star Trek: The Art of Juan Ortiz. This 112 page book contains posters for each of the original series episodes, including separate posters for each part of The Menagerie. There is even a poster for the first pilot, The Cage.

Star Trek: The Art of Juan Ortiz is another great book in a long line of quality art books that Titan has published. The book is oversized (14.4 x 10.3 x 0.7) which gives the reader the full effect of these posters. This not just great gift idea for Star Trek fans but for fans of the psychedelic 1960’s since Ortiz did such a great job capturing the vibe. Some of the posters in the book look like they actually might have existed in the 60’s because of the way Ortiz drew creases, stains and folds into the artwork.

The one thing that surprised me was that my favorite poster (Arena) was not for my favorite episode (Where No Man Has Gone Before). Actually, it was pretty hard to pick just 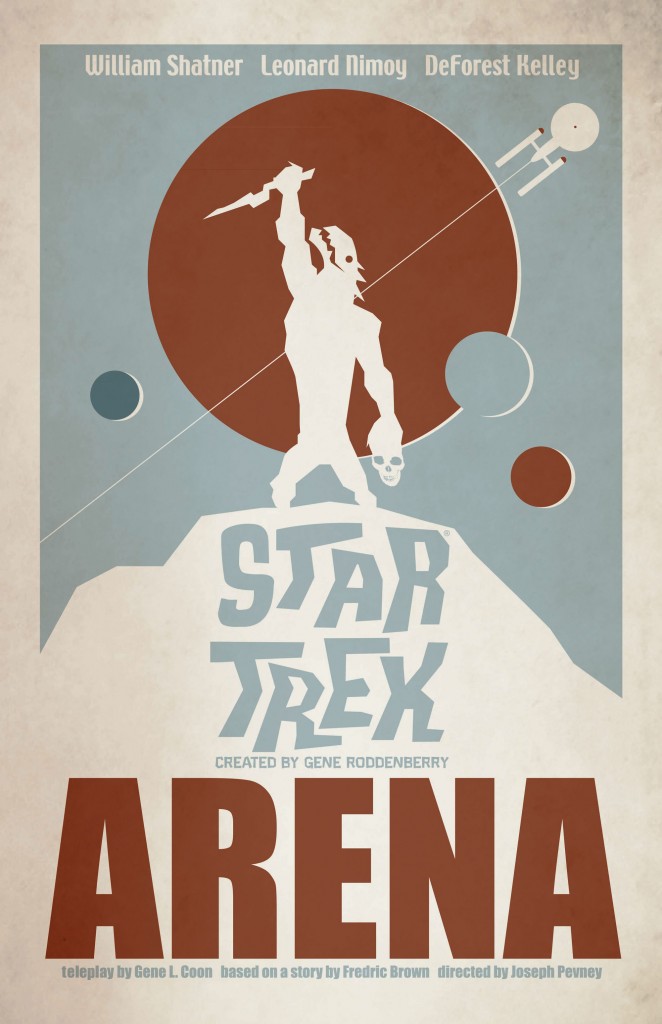 one as a favorite. Ortiz’s love for Star Trek really comes through in each one of these artistic representations. Though it has been almost 50 years (it was 47 years in September) since the beginning of Star Trek, interest in the Original Series, seems to have never faded. Maybe it is J.J. Abrams re-energizing Star Trek with his 2 hit movies and introducing the series to a whole new generation, or maybe Star Trek has stood the test of time.

Star Trek: The Art of Juan Ortiz includes an interview with Ortiz as well as an index with commentary on each one of posters. The artwork in the book is laid out in the order in which the episodes originally aired. The art ranges from the whimsical to the abstract with one poster that looks like it could have been used for an episode of Lost in Space (check out the  Galileo Seven poster) but all in all this book is amazing.