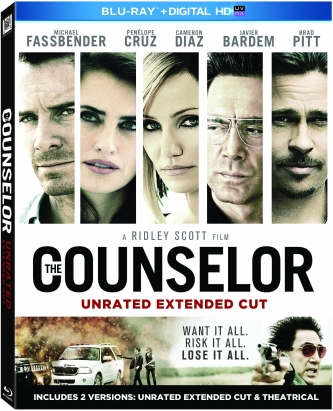 Diaz, Javier Bardem, and Penélope Cruz, sizzles in this adrenaline-fueled thriller from visionary director Ridley Scott and Academy Award-winning novelist Cormac McCarthy.  A talented lawyer (Fassbender) known for doing the right thing for the wrong people decides to put his connections to the test by diving into a treacherous drug deal for some quick cash. But The Counselor soon learns that having it all could mean losing everything.