This summer, Marvel fans were asked to vote in a special poll, des 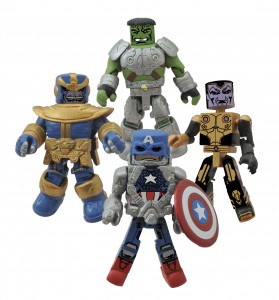 igned to determine the fate of six Minimates mini-figures! Four of these Minimates would make up a new box set, available exclusively at select Toys”R”Us stores and online at Toysrus.com; the other two would go on to an unknown fate. Now, Diamond Select Toys is excited to announce the results of the poll!

The Infinity Box Set will be available exclusively at Toys”R”Us starting this month, and will include Space Suit Captain America, Armored Hulk, Thane and Thanos, all based on their appearances in Marvel’s 2013 Infinity crossover. Each figure stands approximately 2 inches tall and features interchangeable parts. Also included in the set are four clear display bases, as well as hairpiece, glove and shield accessories for Captain America.

For those who voted for Mark 38 Armor Iron Man or Ronan the Accuser, have no fear! Both of these figures will be available as part of a Marvel Minimates 2-pack exclusively at Toys”R”Us! As part of Series 19, Ronan will come with Iron Man in his new-fangled space armor. Additionally, Anti-Sinister Six Spider-Man will come with Mysterio, Payback Wolverine will come with a Sentinel and Quicksilver will come with The Vision! 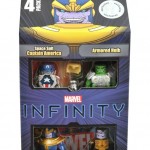 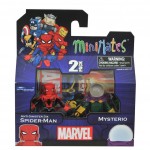 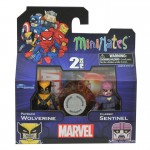 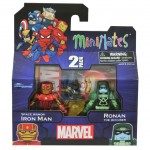 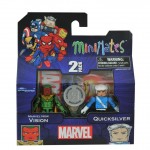 Look for both the box set and 2-packs to hit Toys“R”Us shelves and Toysrus.com before the end of the year! The box set is already up for pre-order!