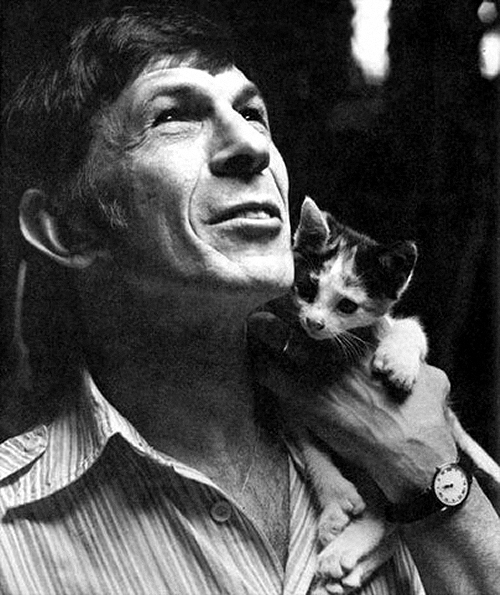 asses. This morning actor, director, photographer and icon to millions, Leonard Nimoy passed away following a brief hospital stay finally succumbing to the effects of COPD.  His career spanned 6 decades but his fame came from the iconic role of the half Vulcan/half human first officer of the famed Starship Enterprise. As the character Mr. Spock on the 1960’s series Star Trek he soon became a fan favorite.

Born in 1931 to Ukrainian immigrants Nimoy began his acting career in small roles including the Sci-Fi “classic” Zombies from the Stratosphere where he portrayed an alien. Though the role of Spock made him famous there was a brief period where he tried to distance himself from the fictional character. Nimoy wrote a book titled, “I am Not Spock” then years later he embraced the connection between him and his on screen persona writing, “I am Spock.” Whether Nimoy liked the association or not, to fans across the globe, he was and ever will be Mr. Spock. Eventually, he not only embraced it but went on to portray the pointed eared alien again and again.

Fans have taken to social media to express their feelings, share stories and remember the man and his famous character. The hastag #LLAP is currently trending on Twitter. As one of the many fans who are “emotionally compromised” by his passing I can say that he will be missed. 2016 will be Star Trek’s 50th anniversary and should bring us a new film; sadly the first of the new timeline without Spock-Prime.  To quote Captain Kirk (William Shatner) from Star Trek II, “Of all the souls I have encountered, in my travels, his was the most…human.” Rest in peace Mr. Nimoy.