Vids: Review of Batman VS. Robin

Following the events of Son of Batman, Damien (Stuart Allan) is still g 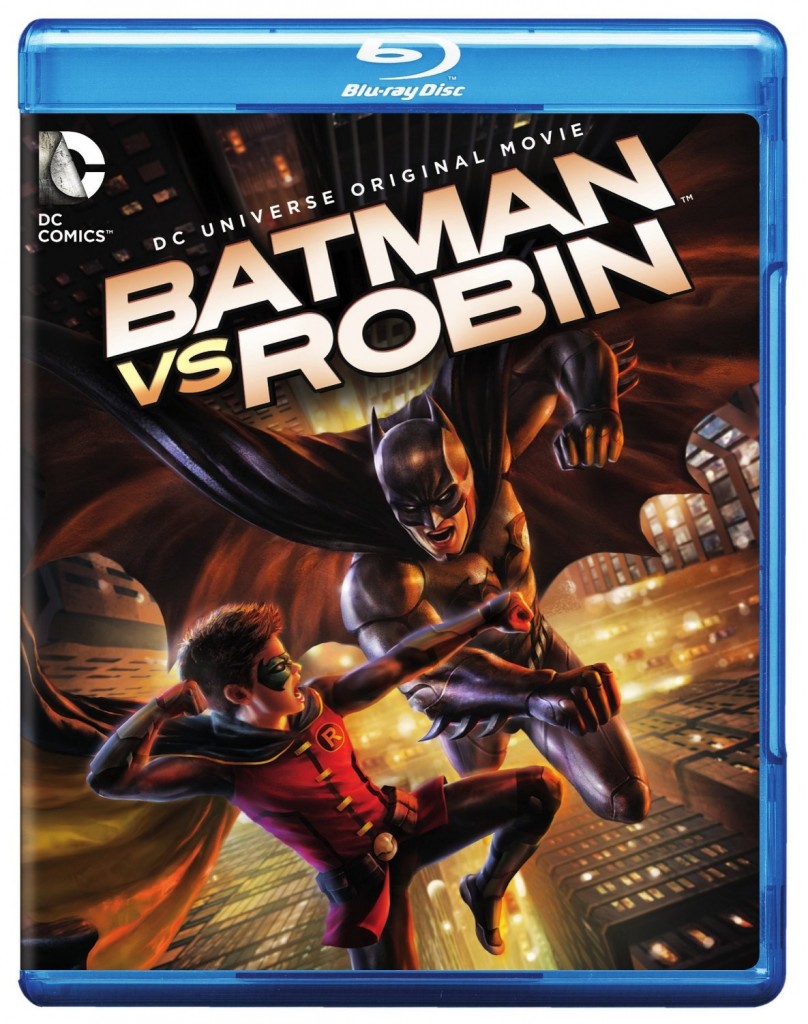 etting used to his role as the new Robin. Torn between the teachings of his grandfather Ra’s al Ghul and the code of his father, Batman/Bruce Wayne (Jason O’Mara) young Damien seeks to find balance. When a new player in Gotham seeks to drive a wedge between Batman and his young ward Batman finds the real power behind the city.

CAUTION: Some Spoilers Ahead

Batman vs. Robin begins with Damien being a defiant pre-teen having “borrowed” the Batmobile to follow a lead regarding some missing children. Damien’s lead brings him to an abandoned toy company. Inside, Damien not only finds the missing children, he also finds a psychopath calling himself the Dollmaker (Weird Al Yankovic). A battle ensues and during the melee the Dollmaker escapes. Damien catches him and although he wants to kill him he refrains out of respect for Batman beliefs. Before Batman catches up with Damien and the Dollmaker, a mysterious figure appears and rips out the Dollmaker’s heart then disappears into the woods. When Batman arrives he initially believes that Damien killed Dollmaker despite the boy’s denial.

As the story unfolds find that the mystery man works for an organization known as The Court of Owls, a secret society that had been operating in the shadows of Gotham from the very inception of the city. The Court of Owls is made up Gotham’s elite and they believe what they are doing is for the good of the city. As the story progresses Batman finds that he has to fight not just for the city he loves but also for the son he barely knows.

The Court of Owls made their first appearance in Batman issue #5 during the “new 52” reboot and was created by Scott Snyder and Greg Capullo. According to that storyline, the Court has manipulated events in Gotham for centuries and in this movie it is hinted that they may have been behind the murder of Thomas and Martha Wayne.

The Court of Owls has a main enforcer called The Talon (Jeremy Sito) as well as an army of undead warriors they use to enforce order. Talon believes that if he can turn Robin it may ensure a victory over Gotham’s true defender, Batman.

Warner Brothers Home Entertainment really produces very enjoyable animated features and Batman vs. Robin is no exception. While I wouldn’t label it as my favorite of their releases, I did enjoy Batman vs. Robin. The story is partially based on Snyder and Capullo’s  Court of Owls storyline from DC Comics. While I did enjoy the storyline of the secret society going up against Batman it was the “B” story of Bruce and Damien’s relationship that I grew tired of quickly. I would have enjoyed it more without the annoying spoiled brat but Damien’s attitude was important to the story.

Batman vs. Robin is a great addition to your DC animated movie collection. The movie was directed by Jay Oliva who has directed other DC animated features including “Batman: Under the Red Hood” and my favorite, “Batman: Assault on Arkham.”  The cast also includes Sean Maher as Nightwing, David McCallum as Alfred and Kevin Conroy as Thomas Wayne. As much as I like Jason O’Mara, a Batman movie just isn’t the same without Kevin Conroy.

The special features for the combo pack are as follows:

• Gotham’s City Secret: The Mythic Court of Owls – The Court of Owls is the secret society that directly connects the past of Gotham to the current city. Are they silent guardians that are the noble benefactors or are they a malevolent force that manipulates the city toward their own grand design?

• Talons of the Owl – If the Owls are the masterminds, their instruments of destruction are their assassins. Appropriately called The Talons, these warriors are designed to carry out the will of the Owls.

• A Sneak Peak at Justice League: Gods & Monsters – An advance look at the next DC Universe Original Movie with the creators.