Vids: Deadpool, the Merc with a Mouth Comes to Home Video

Comic book fans have wanted to see Deadpool on the big screen for years. 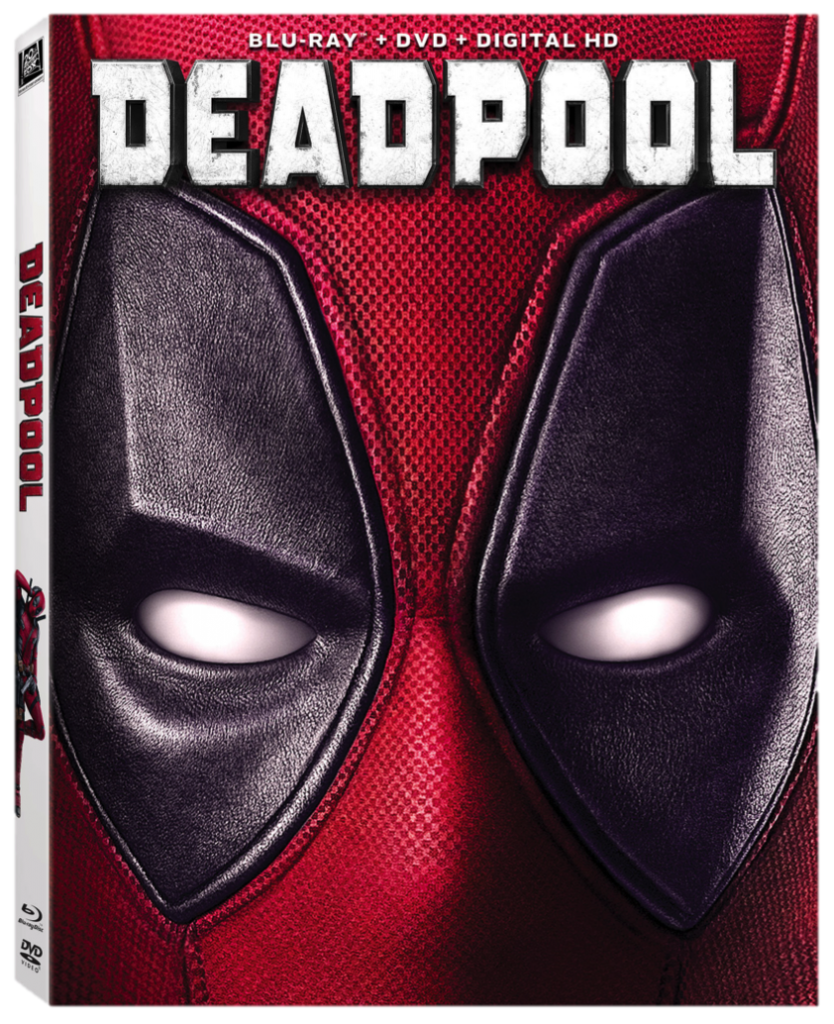 The character did make it to the silver screen once before in the horrible film, X-Men Origins: Wolverine but that film ruined the character. Ryan Reynolds portrayed the “Merc with the Mouth” and he was perfect. The script on the other hand was not. One of the greatest things about Deadpool is his smartass mouth and as you know in X-Men Origins they sewed his mouth shut. Everyone familiar with the character screamed a collective WTF? The only thing that those film makers did correctly was cast Ryan Reynolds. Reynolds was born to play this role.

So let us forget that disaster from 2009 and flash forward to 2016 when the real Deadpool finally made it to the big screen.

This movie is not your typical origin story, but then again this movie is not your typical superhero flick. Deadpool tells the story of Wade Wilson, a freelance problem solver who meets the love of his life, Vanessa (Morena Baccarin) and they live happily ever after. Ok, so I am kidding about the happy ending; Wade soon learns he is riddled with cancer. Faced with the promise of a very painful and shortened life, Wade opts to take part in an experimental procedure that will cure his cancer. Wade learns too late that this secret organization offering the cure isn’t looking to help people; they are trying to build an army of enhanced human beings.

When Wade’s powers finally manifest he finds that he is pretty much indestructible; but he is also a deformed mess with looks that scare small children. In order to facilitate his escape Wade picks a fight with his jailer/doctor named Ajax(Ed Skrein).  Ajax emerges victorious leaving Wade to burn in the ruins of the base. Wade eventually pulls himself out of the smoldering wreckage and vows to find Ajax to have his looks restored so he can reconnect with Vanessa.

Since Wade is presumed dead he must hide his identity so he can resume his career as a mercenary. With the help of his friend Weasel (T.J. Miller) Wade creates a costume and an alter ego, Deadpool. Over the next 5 years Wade/Deadpool works as a merc and searches for Ajax. When Deadpool does finally catch up with Ajax it is a ballet of blood and gore.

I really loved Deadpool and how the character if forever breaking the fourth wall (talking to the audience) just like in the comic book. The humor in this movie is crude and juvenile and probably not for everyone. I am not actually a fan of crude comedies such as Bridesmaids or The Hangover but it just worked for me. I guess it touched my inner child which is great since my inner child hasn’t been touched since I was an altar boy.

Deadpool is now available on home video and comes with a plethora of special features.

The special features alone are worth the price of this Blu-ray. I laughed at some of the gag reel as much as I laughed at the movie itself. There are several formats for you to choose from:

Deadpool is not your typical superhero movie and it is not fun for the whole family. Some of the fight scenes are quite graphic and not suitable for small children. This movie isn’t for everyone. For example my friend referred to Deadpool was, “an hour and a half dick joke that she could have lived without.” I do not agree with that assessment and I have to admit that I can’t wait for Deadpool 2.

Deadpool is a movie that you need in your collection so pick up your copy today.