Vids: Season 6 of HBO’s Hit Series Game of Thrones on Sale Today and a Multi City Behind the Scenes Event Tour 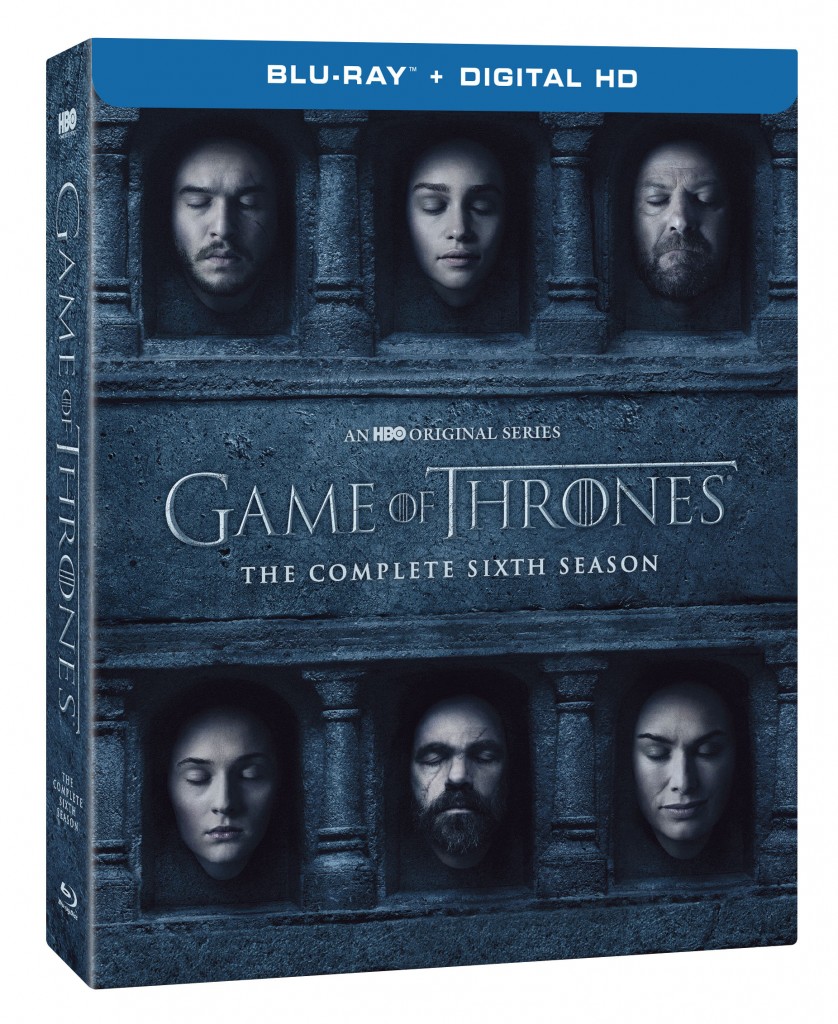 Game of Thrones is known for many things: shocking deaths, breathtaking special effects and, when it comes to DVD releases, extensive and captivating bonus content. To celebrate the November 15 release of Game of Thrones: The Complete Sixth Season on Blu-ray™ and DVD, HBO is bringing the box set’s exclusive bonus features to life in three groundbreaking events with interactive experiences including photo, video and virtual reality that take fans behind the scenes and immerse them into the world of Game of Thrones.

Game Of Thrones Season 6 – Behind the Scenes will give visitors an exclusive look into the making of HBO’s most popular series via interactive audiovisual displays alongside exciting tech-based experiences. Fans will both learn what it takes to put the epic production together and get to step inside scenes themselves.  Set up as five different experiences themed to individual bonus features available on the Season 6 Blu-rayTM and DVD set, Game of Thrones: Season 6 – Behind the Scenes is designed to look like set pieces and production elements from the show. The event will give fans a chance to go behind the scenes and experience bonus content from Season 6 come to life while taking shareable photos and videos inside the burning Temple of the Dosh Khaleen, holding the door to save Bran, fighting in the Battle of the Bastards and sitting on the Iron Throne. Additionally, fans will have access to a brand new Virtual Reality experience created exclusively for this fan event that lets them train for battle in the wars to come in Westeros and beyond.

When they are finished previewing never-before-seen content and interacting with the experiences, fans will be able to check out all of the exclusive bonus features that inspired these events in its entirety by purchasing Game of Thrones: The Complete Sixth Season on Blu-ray™ or DVD. The first 20 fans who buy Season 6 on Blu-ray or DVD before the event and bring their box set with them will be granted early access to the experience.

Vaes Dothrak: Watch footage from the exclusive Blu-rayTM/DVD bonus feature “Recreating the Dothraki World,” a behind-the-scenes look at the creation of the city of Vaes Dothrak and its importance to Daenerys’s evolution, and stand in for Daenerys as the Temple of the Dosh Khaleen burns around you in a shareable video utilizing green screen technology.

North of the Wall: “Bran’s Journey” delves into Bran Stark’s shocking and revelatory journey during Season 6. In this interactive experience, fans will see a recreation of the mystical Weirwood tree, learn about the Children of the Forest, and “hold the door” to save Bran from the White Walker army in a shareable video.

Winterfell: “The Battle of the Bastards: An In-Depth Look,” available exclusively on the Season 6 Blu-ray/DVD set, goes behind the scenes to examine the production challenges of creating this epic event, including explorations of Visual Effects, stunts, and interviews with key cast and crew. In this experience, modeled after Jon Snow’s command tent, fans can move stone pieces around the battle table and insert themselves into a photo opp of Jon’s position in the incredible aerial mob shot at the height of battle.

Castle Black: In the Defend the Wall Virtual Reality Experience, modeled after the Castle Black courtyard and created exclusively for the Game of Thrones: Season 6 – Behind the Scenes fan event, fans will wear a VR headset and pick up a virtual crossbow, arrows and shield to hone their battle skills for the wars to come. But beware! You never know what danger lurks around the corner.

The Workshop: The “18 Hours at the Paint Hall” Blu-rayTM/DVD feature follows all three Game of Thrones shooting units as they converge for the first time at Titanic Studios, better known as the Paint Hall, the series’ Belfast-based production hub. Housed in an aluminum structure modeled after the actual Paint Hall, this workshop will house props and costumes from the show, plus give fans the chance to sit on the Iron Throne and begin their reign as the true ruler of the Seven Kingdoms.

Fans can pre-register for the event now by visiting GoTBehindTheScenes.com for expedited entry. Fast Passes to the above experiences will be available through this site while supplies last.