The Rogue One: A Star Wars Story premiered last month 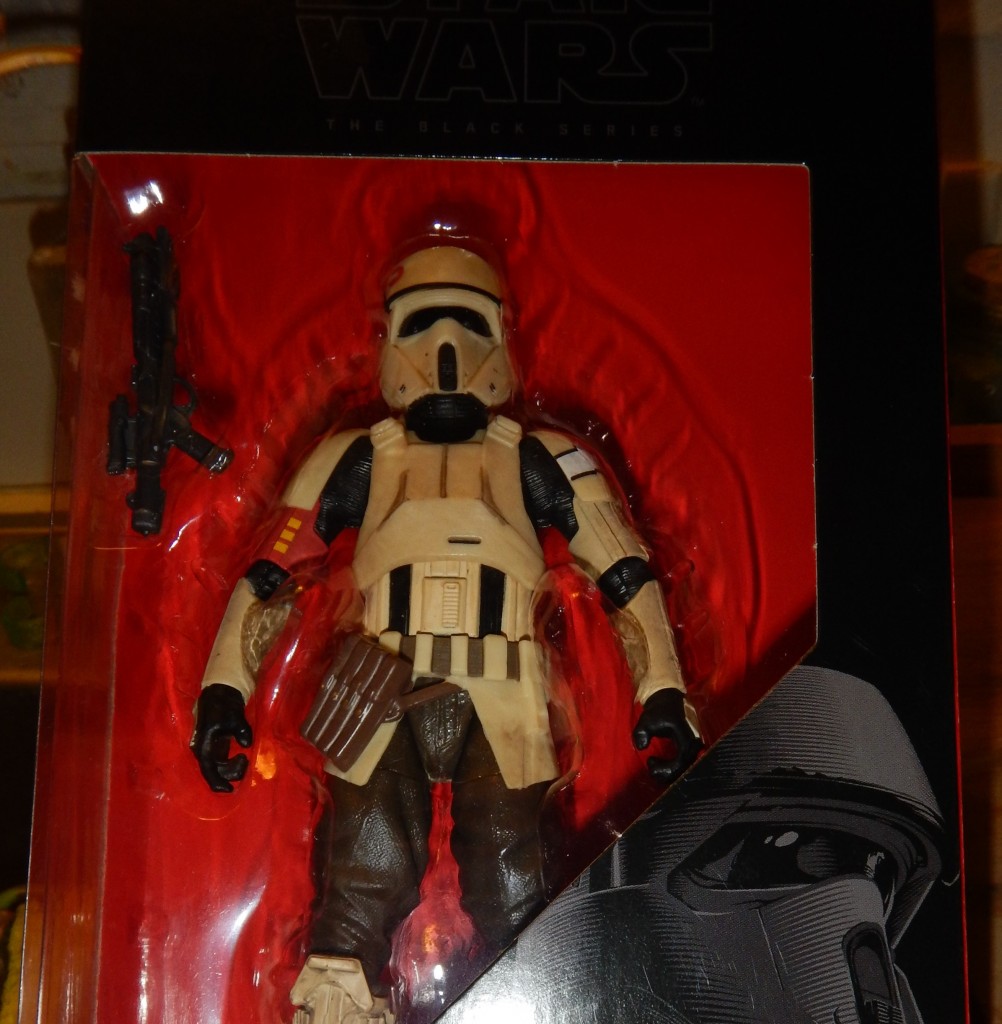 and it was amazing. The designs for the new characters are phenomenal. I have always been a fan of the Stormtroopers and Rogue One is introducing us to several new Stormtrooper types, one of which is called a Scarif Stormtrooper. These elite troops patrol the shoreline on the planet Scarif and they look awesome.

Combine the high quality of the 6 inch Star Wars Black Series figures from Hasbro with the incredible designs of the new characters and you get one seriously spectacular figure. I know I am gushing about how great this figure looks but it has more than just looks. This figure also has an abundance of poseability. If you have read previous figure reviews from me you know that a good sculpt and high levels of movement get better reviews. Another aspect that makes this figure special is that this version of the Scarif Trooper is a Walmart exclusive.

I know that about a while ago I wrote about how much I hate when something isn’t just exclusive, it is elusive, which seems to happen a lot with the Walmart exclusives. I doubted that I would even be able find one on shelves but I was wrong. Technically, I didn’t find it, a friend who works at Toys R Us found it at his local Walmart. I am just happy I now have one for my collection.

What distinguishes the Walmart Exclusive from the general release is the lack of blue strip across his chest plate and the shorter skirt. The general release is supposed to be a squad leader. These subtle differences give you a great excuse to purchase each version. That is if you need an excuse.

The Scarif Stormtrooper’s armor is reminiscent of the Scout Trooper’s from Return of the Jedi. It doesn’t look as restrictive as full Stormtrooper armor would be to wear. The paint scheme on the figure gives it the “lived in” look. I am glad they didn’t make the armor pristine looking.

The Star Wars Black Series Scarif Stormtrooper Walmart Exclusive is approximately 6 inches tall and has approximately 18 points of articulation. These are:

·        Head (ball joint allows head to turn left and right while second joint allows for up and down movement).

·        Wrists (can rotate and second point allows for moving the hands left or right). 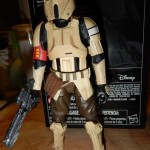 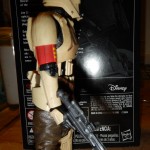 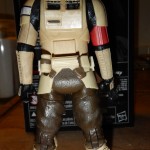 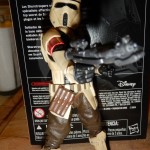 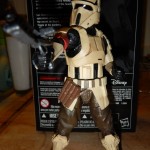 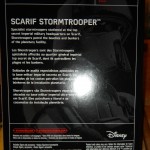 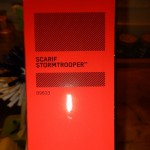 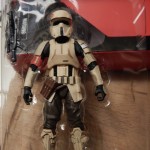 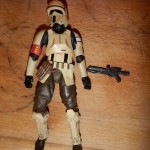 The Scarif Stormtrooper comes with what appears to be the E-11 blaster rifle, the standard issue blaster for Stormtroopers. I would really like for some of these figures to come with an extra gun or 2 especially the Stormtroopers.

I don’t have anything bad to say about this figure aside from the fact that currently it is near impossible to find. Although it is a gorgeous figure it is not worth purchasing it from the secondary market. Don’t give those jackals the business. The Star Wars Black Series Scarif Stormtrooper retails for $19.99.

I give this figure a 9.5/10, it is quite close to perfect. If you try and find one for yourself, good luck…and May the Force Be with You!