There are a lot of overpriced, cool looking figures out there. 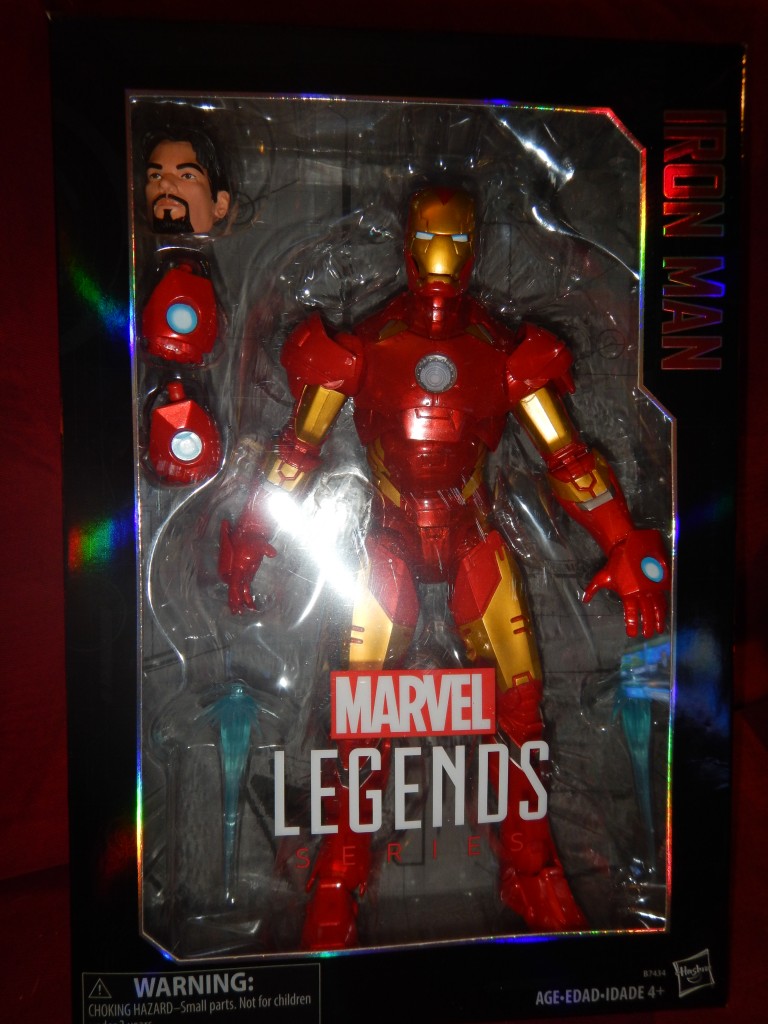 Companies like Square Enix or Hot Toys make some truly gorgeous figures but when you are paying upwards of 100 bucks it is hard to break them out of their boxes to play with them. They really are some amazing looking figures but there comes a time when you have to choose the lower price point in case you break something. Trust me, I have done it and then been out a pocket full of cash

Speaking of figures, Hasbro has released a 12 inch version of their Legends line and it may be something you should look into. This 12 inch Legends line includes Spider-Man, Captain America and the greatest Avenger (in my opinion) Iron Man. The Iron Man figure is what we are reviewing today. Standing approximately 12 inches tall and a very heavy figure with approximately 30 points of articulation.

The Iron Man figure in this set has numerous points of articulation. These include:

This is the kind of posability you would find in one of the smaller Marvel Legends line but this figure is on a much larger scale. When I say “to larger scale” I am talking about  1/6th scale, much like a GI Joe. Speaking of which, I stood a GI Joe next to the Iron Man figure and the Iron Man figure is slightly larger, which is true to the Marvel Universe. When you see Iron Man on the big screen he is slightly taller than those around him. This makes the figure a perfect addition to your collection.

I have to say that I was mildly impressed with just what you could do with the Iron Man figure. Aside from the level of poseability the Iron Man figure come with a set of interchangeable hands and a head that takes you from Iron Man to Tony Stark. Both the hands and the head are extremely easy to swap out. You can go from open hands to clinched fists in a matter of seconds. I do enjoy the quick swap for these figures since there are other brands I have dealt with that aren’t so easy in the swap out area. 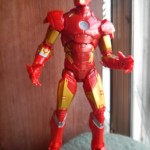 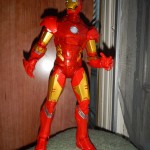 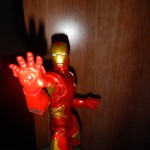 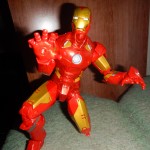 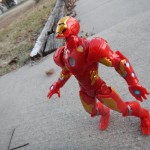 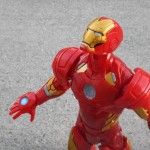 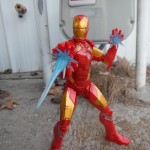 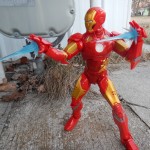 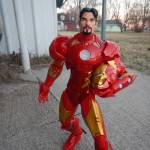 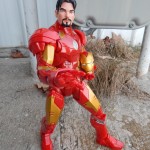 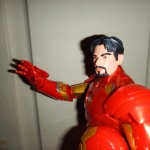 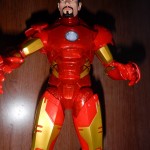 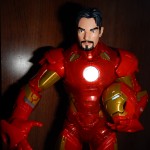 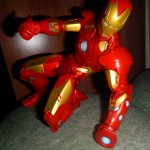 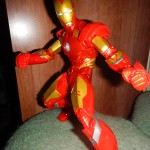 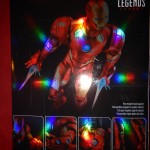 I am seriously impressed with just how you can pose this figure. You can almost stick the superhero landing. If you don’t know what that is…just look it up. Needless to say it is very hard on the knees. Or so I have heard. This figure just falls short of the superhero landing which is really not a big deal.

Despite the inability to nail the superhero landing the Iron Man figure is pretty awesome. Even if you just want this figure to pose on a shelf there are so many poses you can get and maintain. Speaking of maintaining a pose the Iron Man figure does have peg holes in his feet but he does not come with a stand. Though it is not really needed I would have loved something with either the S.H.I.E.L.D. or the Avengers logo. Alas we get neither. This is not a complaint just an observation.

As I stated, the Marvel Legends Iron Man figure has approximately 30 points of articulation  and comes with interchangeable hands (open hands to closed fists), an interchangeable head to go from helmet to Tony Stark and 2 energy blasts that can be attached to Iron Man’s feet to simulate flying or his hands to simulate an attack. Pretty unremarkable but the extras do add something to the figure.

The Marvel Legends 12 inch line includes Spider-Man, Captain America, Iron Man and lastly Deadpool. Personally I have never seen the Deadpool figure but if it is anything like the Iron Man it must be amazing. I guess by that statement you know I am quite taken with the Iron Man.

As much as I think this figure looks great, it still isn’t in the same class as a Hot Toys Iron Man. The Hasbro 12 inch Iron Man is by all means it is much more affordable that anything Hot Toys puts out. Another good point is that when you break something on the figure (which you know is eventually going to happen) you will not be out hundreds of dollars.

This Hasbro Marvel Legends Iron Man figure is an excellent addition to your collection but if you don’t take time to play with it, you are doing yourself a disservice. Iron Man deserves to be played with (I know Tony Stark would have a comment on that).

I didn’t really find anything about the Marvel Legends 12 inch Iron Man that I didn’t like.  That is aside from the price since 50 is a bit steep for a single figure. At that price this would not be something you would buy for the kids.

I give it a total of 7/10. Basically it is a great figure but not worth the price.

The Marvel Legends 12 inch line retails for approximately 49.99 and is available where toys are sold. Save up your pennies and wait for a sale. This figure at a lower price point is perfect.