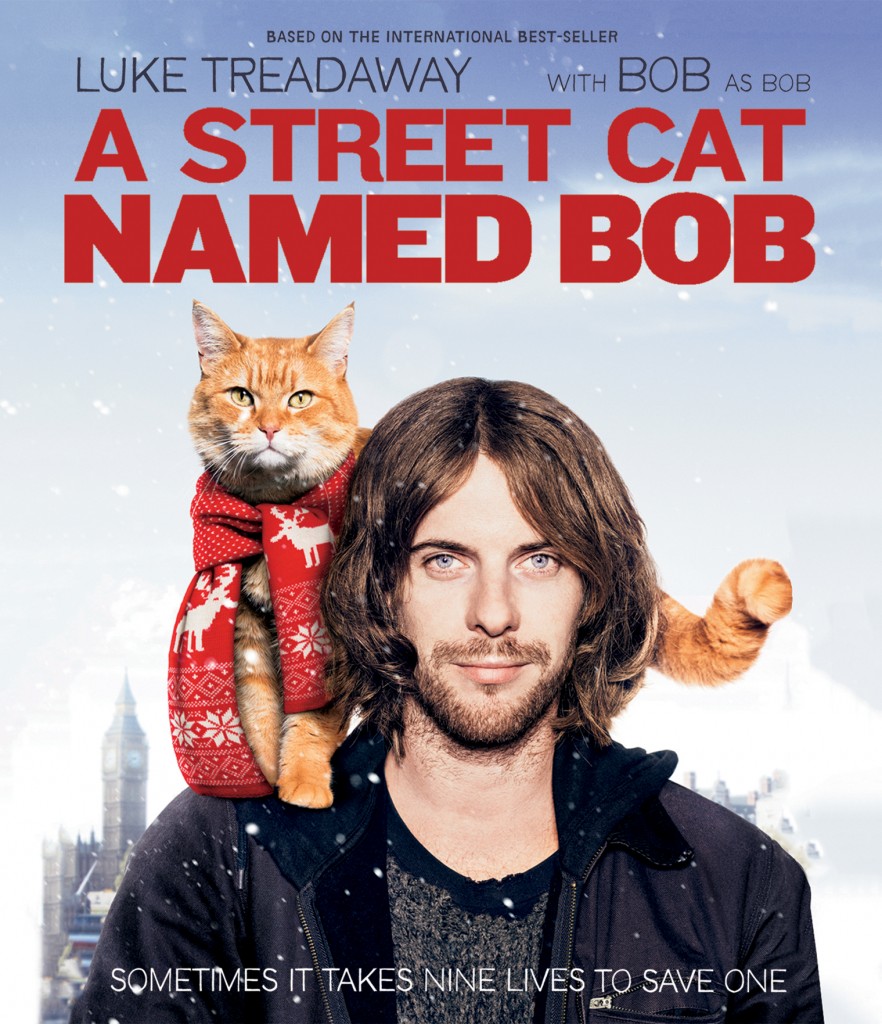 famed indie record label Cleopatra Records, has acquired all domestic rights to the feel-good true story A Street Cat Named Bob, directed by Roger Spottiswoode (Turner and Hooch, Tomorrow Never Dies) and starring Luke Treadaway (Unbroken), Ruta Gedmintas (The Strain) and Joanne Froggatt (Downtown Abbey). The film, written by Tim John and Maria Nation, is based on the international bestseller by James Bowen and Garry Jenkins. Produced by Adam Rolston for Shooting Script Films, the uplifting story will be released domestically in theaters on November 18th, 2016.

When James Bowen found an injured, ginger street cat curled up in the hallway of his sheltered accommodation, he had no idea just how much his life was about to change. James was living hand to mouth on the streets of London and the last thing he needed was a pet. Yet James couldn’t resist helping the strikingly intelligent tom cat, whom he quickly christened Bob. He slowly nursed Bob back to health and then sent the cat on his way, imagining he would never see him again. But Bob had other ideas. Soon the two were inseparable and their diverse, comic and occasionally dangerous adventures would transform both their lives, slowly healing the scars of each other’s troubled pasts.

The book “A Street Cat Named Bob” was first published in the U.K. in March 2012 and spent a record 70 consecutive weeks on the Sunday Times Bestseller list, the majority of which residing at the number one spot. The book has now been published in more than 30 territories, including the U.S., China, and Japan, selling more than five million copies worldwide.

Sony Pictures Releasing International and Stage 6 Films will release the film on November 4th in the UK and in multiple territories this fall.

“This is a universal story that audiences around the world have already embraced,” said Cleopatra founder Brian Perera. “We are excited to play a part in bringing this project to both old and new fans of this inspiring story.”

“Powerful and inspirational, with a strong music base, A Street Cat Named Bob makes this true life story a perfect fit for Cleopatra Distribution,” said Brian O’Shea, The Exchange CEO.

Available for order at the MVD SHOP and on Amazon.