Just announced on the Lucasfilm Publishing Panel at 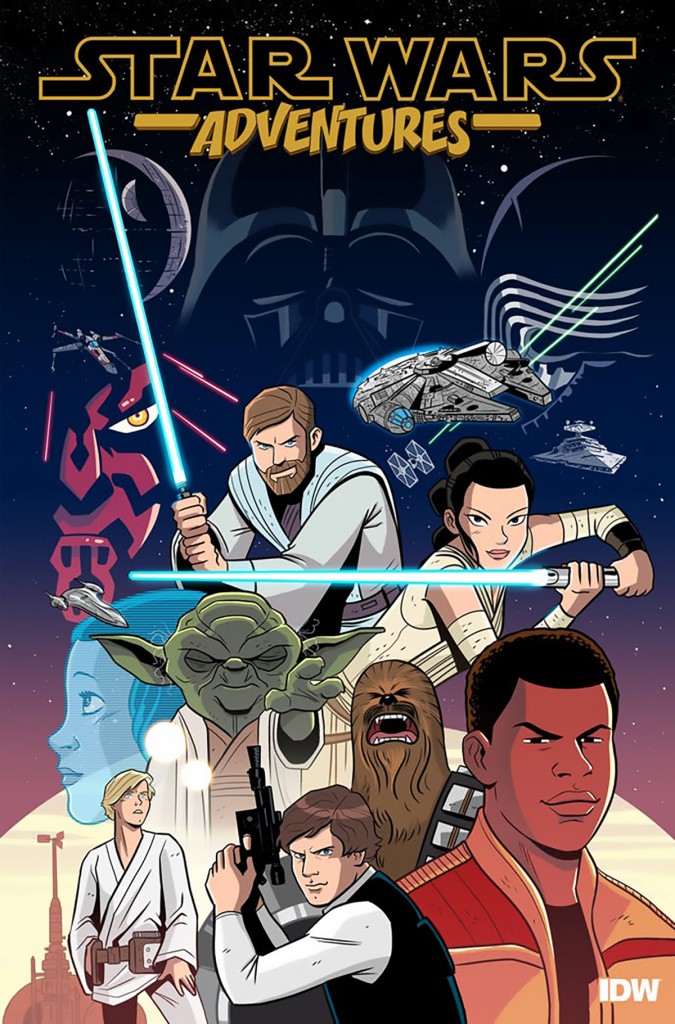 “Lucasfilm is thrilled to expand our relationship with the talented and creative folks at IDW to bring Star Wars comics to kids,” said Michael Siglain, Creative Director of Lucasfilm Publishing. “IDW has an incredible pedigree of talent, and we look forward to working with them on the creation of these fun, action-packed adventures that span the entire Star Wars saga.”

The launch title, Star Wars Adventures, is timed for Fall 2017, and part of the “Journey to Star Wars: The Last Jedi” publishing program, which will release an exciting array of content leading-up to the next cinematic chapter in the ongoing space saga.

IDW’s Chief Creative Officer, Chris Ryall, said “IDW has long sought to offer the next generation of comic book fans ample reading choices, and being able to provide Star Wars comics aimed directly at that audience is a massive thrill. Disney has been a great collaborator with us and we’re very excited to delve into this particular corner of the galaxy.”

This new deal between Disney Licensed Publishing and IDW will build upon the already strong relationship they share, having previously published reprint Star Wars content in a variety of formats such as Micro Collectors Fun Packs, and the award-winning Artist’s Editions. In addition, a series of new collections of classic Star Wars newspaper strips will be available beginning in May.

Storyline details and creative teams for Star Wars Adventures will be made public in a future announcement.