Equipment: Avengers Assemble! Mezco Toyz has Started a Pre-Order for their One:12 Collection Iron Man Figure

I may be biased but Iron Man is the greatest Avenger 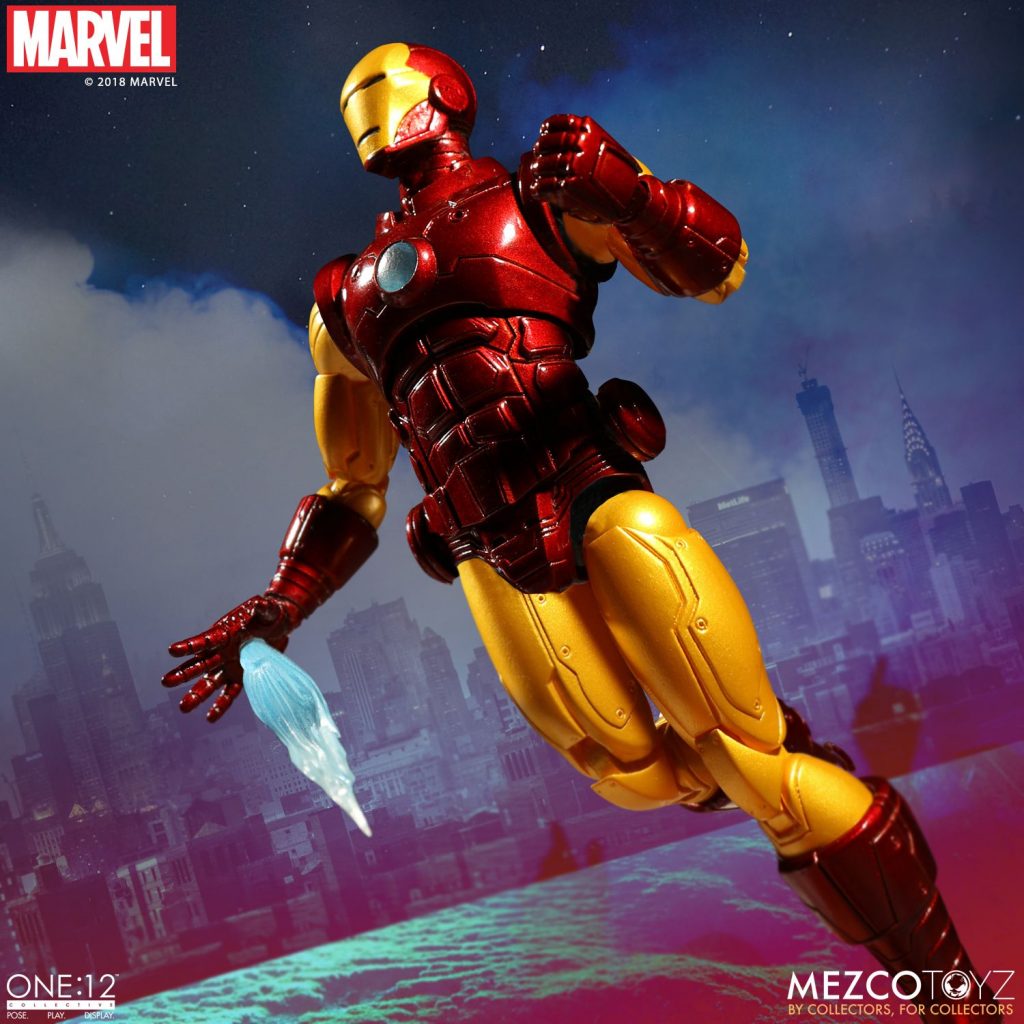 of them all. Sure each one of the Avengers has their one unique qualities that make them “the best” but Iron Man seems more than just a pretty face. Millionaire, philanthropist, genius, etc. he isn’t just a dude in an metal suit. He is Tony Stark, the coolest man alive.

Well, Mezco Toyz has started their pre-order for the newest addition to their One:12 Collection…Iron Man. This figure, much like all the other members of the One:12 line has multiple points of articulation and is masterfully sculpted. Iron Man will be a great addition to your every growing One:12 Collection.

Iron Man, the secret identity of Tony Stark, blasts his way into the One:12 Collective. Billionaire inventor and arms manufacturer, Tony Stark, suffers a severe chest injury while being held captive by enemy forces. Stark is forced by to build a weapon of mass destruction, but instead creates a powered suit of armor that keeps his damaged heart beating and helps him escape captivity. Later, Stark augments his suit with weapons and other high-tech devices at his company, Stark Industries; and creates the suit to protect the world as Iron Man.

The One:12 Collective Iron Man features a newly sculpted One:12 body specifically created for this figure and is designed with real metal components. His articulated visor can be worn in the standard closed position or opened to reveal the face of billionaire Tony Stark. The figure comes complete with an array of blast effects, as well as gauntlet rockets and hip rockets that can be interchanged with his hip discs. His signature arc reactor, the source of Iron Man’s power, has a light up feature (battery included). 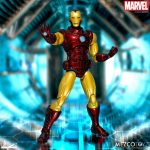 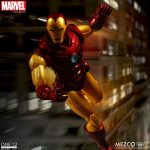 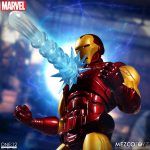 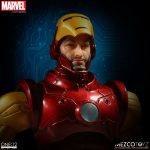 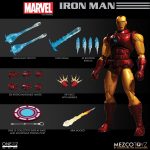 Each One:12 Collective Iron Man figure is packaged in a collector friendly box, designed with collectors in mind there are no twist ties for easy in and out of package display.

Check out the Mezco website for additional photos and to pre-order.